Staff member
There's still some time left in this series and I don't hate Houston like I hate a lot of other teams. James Harden has been badly exposed in this series as being unable to beat the same strategy that MJ and Kobe had to beat in order to win titles. He can't split the double team, can't shoot over it, can't go around it. He has great efficiency numbers in this series when he isn't doubled, but when double teamed he just stops playing. Every playoff team is going to do that for the rest of his career.
Last edited: Sep 10, 2020

Staff member
Dan Tony is also a dogshit terrible coach. Three games now of Harden getting double teamed and they have no plan.

Staff member
I've been saying for a couple years now Harden can't win in the playoffs and I think we are really seeing it being proven. They've just straight up figured out how to shut him down.

Staff member
Most bullshit close game score that I literally ever seen.
B

So House is looking like he's going to be available to play for Game 5 after being held out of games 3 and 4 because the NBA said he had someone in his room, but have no proof and both House and the Woman deny it.

Staff member
They do have some proof, but to actually see it the shit is paywalled. According to The Athletic anyway....

Here is what The Athletic has been able to confirm via multiple sources:

A woman entered the Rockets’ team hotel on Monday night, passing multiple security checkpoints before being flagged for her entry, sources said. She exited the hotel in the early hours of Tuesday morning, and the league cited early data points that implicated two members of the Rockets, House and Tyson Chandler, sources said. When the woman was questioned by NBA security, she did not implicate House’s name and it is uncertain whether she remains on campus, sources said. She claimed to have contact with Chandler and another player, not named House, according to sources.

According to sources, the Rockets’ entire team had to enter a quarantine period on Tuesday due to the potential exposure. Those sources said there appears to be no video connecting House and the woman; only the flagging of her entering and leaving the hotel, and the possibility of a door opening and closing to match those timelines. The NBA has informed involved parties that it has circumstantial evidence implicating House.

House has vehemently denied to the league that he engaged in any improper contact with the staffer.
Click to expand...

Probably not supposed to share their paid content, but oh well. This lady was supposed to not be allowed into any of the hotels at all, and the Rockets are the only team in that hotel, so someone was gonna get in trouble.

Staff member
House has been kicked out of the bubble for sneaking in a guest who was not allowed to be there at all. He also has a wife and three kids, so his wife had to find out her husband was a piece of shit this way.

I would kick him off the goddamn team too if it were me.
B

Early word was there was no evidence but now they've put it out there? Fuck him and honestly, fuck these Rockets for just getting rolled the way they have. I'm almost at the point of saying just blow it up and restart

Staff member
Westbum did not have a good playoffs.

Staff member
It's hilarious that Westbum talked shit to a bunch of moms and their kids during Game 1 and couldn't handle one dude calling him trash in response after game after game of this guy talking shit to moms and kids. Fuck this bum. This ain't golf and not everyone's gonna be nice to you after five games of you screaming in their direction whenever you finally make a shot.

I'm guessing the D'Antoni era with the Rockets is done. With the contracts the way they are, I'm not sure what kind of different changes they can make.

Gert said:
C'mon 909, he was just cussing in the direction of the wives and family.....

I'm guessing the D'Antoni era with the Rockets is done. With the contracts the way they are, I'm not sure what kind of different changes they can make.
Click to expand...

They also goofed and signed Eric Gordon to a huge extension. Ideally, somehow they get rid of Westbrook. If they can't or don't do that they're locked into this team until the summer of 2023. Harden and Westbrook ain't going to be opting out the year before that. I also think it was a huge mistake to go all in on small ball. They need someone who can score points in the paint and protect the rim, otherwise there's no way they'll ever get out of the West. They gave up so many cheap points in the paint. I don't think they can do get out of the West anyway against Kawhi and Bron/AD but they should at least try seeing as they're locked into this roster.

I don't really have an idea of who they should get for other positions seeing as they don't have cap room either, but a guy like Marc Gasol has one or two seasons worth of use to them, should come cheap, and has already had his big paydays. I'd try to sign him because everyone else they could afford is a lot worse than him. The other really bad thing is that Morey gave up all their first rounders and the team is both capped out and old. Bad combo in the NBA. 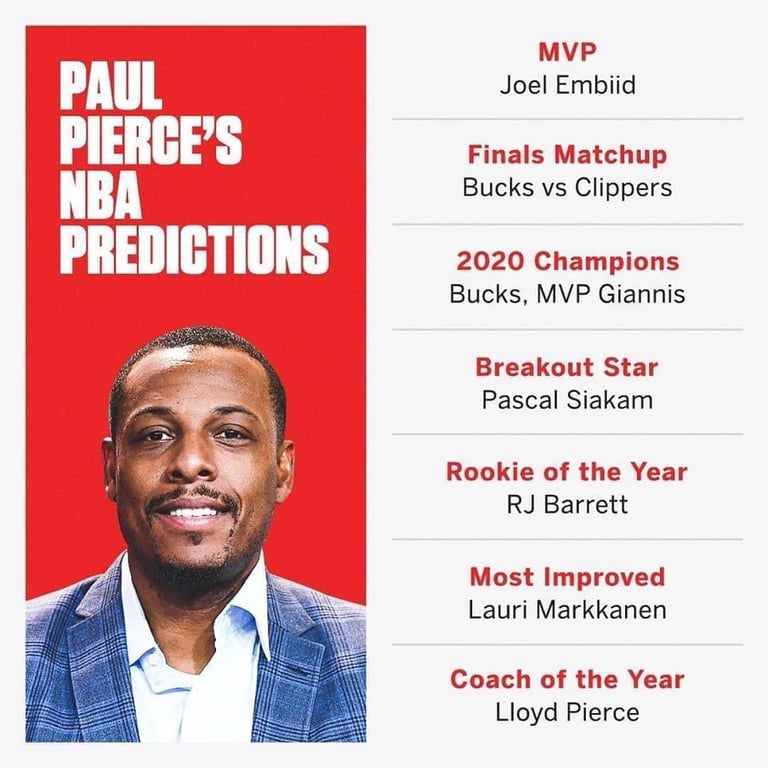 I've seen so many people call Doc Rivers overrated that I am not sure if he earns that designation. He's definitely not bad (although weirdly two teams I would cite for Doc not being a bad coach are both non-playoff teams- Clippers two years ago and '99-'00 Orlando Magic) but I don't think anyone has a strong argument for him being great. Even I could have coached the '07-'08 Boston Celtics to a 'ship probably.

King Kamala said:
I've seen so many people call Doc Rivers overrated that I am not sure if he earns that designation. He's definitely not bad (although weirdly two teams I would cite for Doc not being a bad coach are both non-playoff teams- Clippers two years ago and '99-'00 Orlando Magic) but I don't think anyone has a strong argument for him being great. Even I could have coached the '07-'08 Boston Celtics to a 'ship probably.
Click to expand...

Obviously if they lose tomorrow night, it will be a tough blow and one that deserves criticism, but I do find that the potential LA WCF series that both teams will probably be shit on a little too much if they lose.

Staff member
Odds on the Slippers shitting the bed tonight?

It's safe answer but I think 50/50. Hard to pick against Kawhi in a Game 7 even if Clippers pooped the bed last 3 games.

But, can Kawhi negate #PlayoffP?

909 said:
The lack of fan reaction was totally surreal.

Nuggets will win this series in 7.
Click to expand...

cobainwasmurdered said:
Odds on the Slippers shitting the bed tonight?
Click to expand...

answers that I suppose. I know one person who is surely taking this calmly. 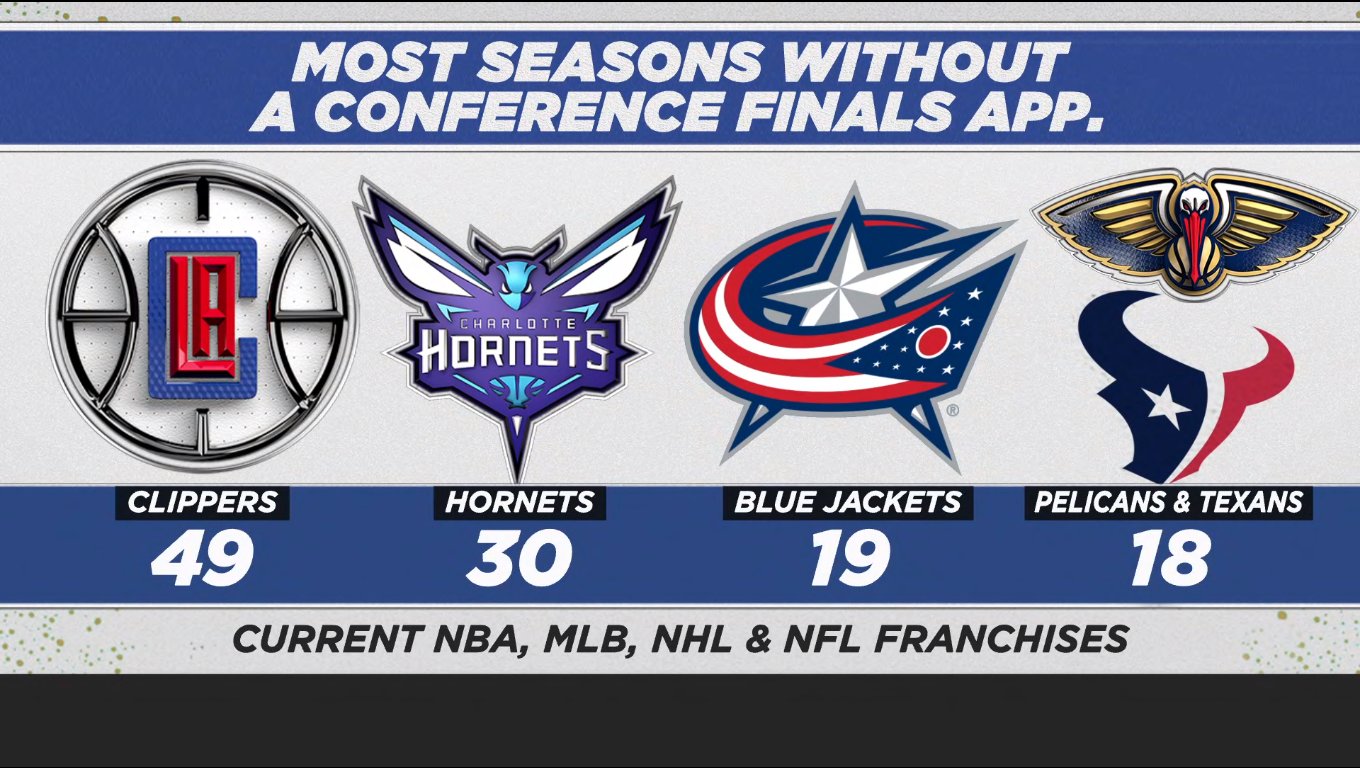 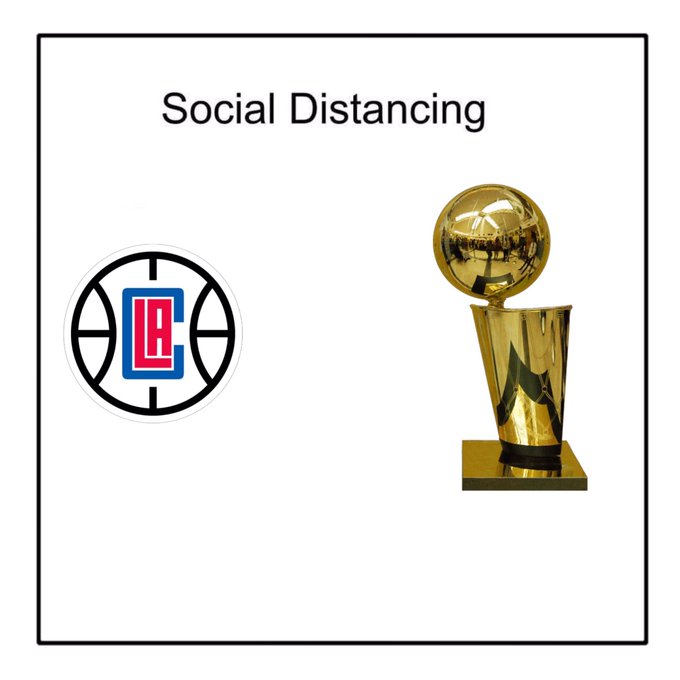 Watching Highly Questionable today, Bomani Jones reminded me of the games Kawhi was playing last offseason to sabotage the lakers, and stalling his decision long enough to kill their ability to sign top free agents, because he wanted to beat LeBron in the playoffs again.

I don't even like the goddamned lakers, but I want to ask Kawhi... How'd that work out for you, son? Pretty good?