Staff member
Back where it belongs

THE TEN YEAR NIGHTMARE IS OVER 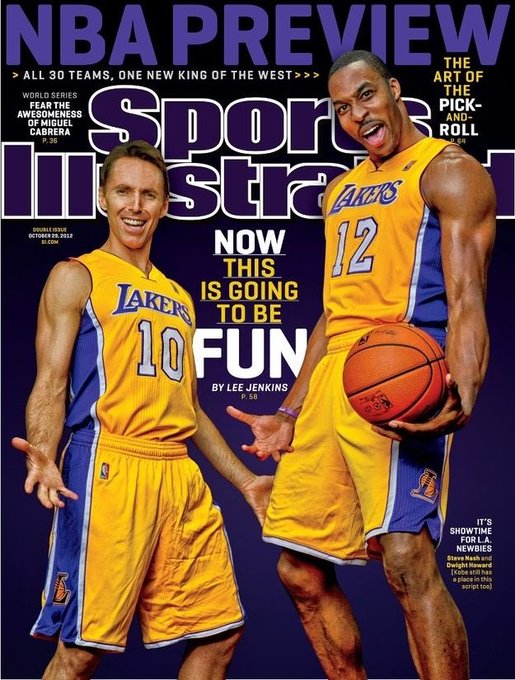 Staff member
Everyone here knows how I feel about 50's-60's NBA. I kinda agree. I don't hold it against the real great players, but those titles were won playing against teams full of Doug McDermotts.

Most importantly to me, the Celtics have won 1 title since I have been on Earth. The Lakers have won 7. They have also been in the finals for a full one-third of my life. I ain't one of those guys who will complain that the last ten years were really painful and shit, but some of those teams were really bad. They bottomed out badly, compiled assets, and did a great job with them. It's just last summer people were saying the Lakers gave up way too much for Davis, where people including Laker fans were shitting on the supporting cast and LeBron, and I thought those dummies were wrong all along. It's nice to see them proven wrong. You can still win in the NBA by playing big boy basketball and dominating the paint.
Last edited: Oct 11, 2020

909 said:
You can still win in the NBA by playing big boy basketball and dominating the paint.
Click to expand...

Well, it helps to have two HoF-level players.

Staff member
Also, to be clear, when I said dummies I meant Laker fans who don’t even believe in their own teams.

909 said:
Also, to be clear, when I said dummies I meant Laker fans who don’t even believe in their own teams.

"Also, Rudy" what? I was looking forward to your response lol

AboveAverage484 said:
"Also, Rudy" what? I was looking forward to your response lol
Click to expand...

is a brain damaged racist old dummy who stole 9/11 valor from the people who actually deserved it while having made decisions that killed them.

I actually can't believe that someone like him has any place in society, but you know, Republicans

Never forget when pathetic losers tried to campaign against her even though she was only in charge for two years, trying to make her sell the team. A lot of men really can't handle when it turns out that a woman might be better than them at something. The Lakers did a great job of removing the destructive elements (her brother) that kept them from contending. She had to make a lot of difficult decisions.

I knew from the start that this day would come. All I did was go out and effortlessly persuade the greatest athlete of modern times, LeBron James, to sign with a franchise that had been in shambles for most of the decade before I arrived. After that, we all knew that all of the dominoes would fall. I mean, I've been a success and a winner in every venture I've ever tackled. Was there ever any doubt that this would be different? Thanks to my foresight and my genius basketball mind, the Lakers are now cemented as the greatest franchise in the history of the game. And to all those who turned their backs on me when I resigned to selflessly witness the fruits of my labor from afar, I just have one question: How does my ass taste?

Magic been in a coma for a month?

No sir, just been busy WINNING