Status
Not open for further replies.

Staff member
What are your teams looking at? Below per spotrac.com

Brady has already said he's not retiring. Now it's a case of whether or not both sides want to keep it going. I think Bill will be smart enough to let him go, but we'll see.

The Art of Rasslin' said:
Brady has already said he's not retiring. Now it's a case of whether or not both sides want to keep it going. I think Bill will be smart enough to let him go, but we'll see.
Click to expand...

I have to think on some level Belichick would love to win a Super Bowl without him just to prove who was the real person behind the Pats dynasty.

I think if Pats front office and Brady get into virtual staring contest, Brady's gonna blink first. I think he needs Pats more than they need him. He's closer to Peyton Manning in 2015 than Brett Favre in 2009.

There were entire games this year I was unaware he was on the field. He seemed to thrive more under Fangio than Chuck Pagano.
Z


Probably gonna happen a lot more often nowadays since players are much more aware of how the game can fuck them up later in life.


Probably gonna happen a lot more often nowadays since players are much more aware of how the game can fuck them up later in life.
Click to expand...

He's also had like...100 concussions. Maybe that's an overexaggeration. But, you know, a lot.

He did have a lot. I've been expecting him to call it quits soon.
F

5 documented concussions, as far as I know, which probably means at least another 10 undocumented.

Antonio Gates also retired (again) from the Chargers after the season.
B

So BoB is still the coach and saying that the Texans aren't looking for a GM. You know, cause the head coach apparently gets to make those calls. They should have left his ass in KC along with Romeo and hired Bieniemy

Watching the videos of Jimmy Johnson and Bill Cowher being told about the HOF had me a little shocked as I would have guessed there were more than 326 people in the Hall. Googling shows me that MLB is about the same. I don't know why I would have thought the number would be higher. Maybe because of how long the leagues have been around, I guess.

I think the Football HOF has a cap on inductions per year. Baseball doesn't.

Thrasher said:
I think the Football HOF has a cap on inductions per year. Baseball doesn't.
Click to expand...

I believe the cap on Football is 5 "modern" inductees per year. Baseball, in theory, I believe has long been 10 inductees per year. MLB and baseball itself can be traced back to the early 1870s while the NFL as a league really goes back to just 1919 which is surprisingly recent. It wasn't even until really the 1940s and 1950s that the NFL overtook college as the premiere football league.
Z

Eli Manning will announce his retirement on Friday

The Saints are in a church sex scandal.

Staff member
Chicago signed CB Tre Roberson from the CFL. He apparently turned down 9 other offers. He had 54 tackles with 3 INT in 2018 and 41 tackles with 7 INT in 2019.

EDGE IS A HOFER

Staff member
Steve Atwater, Isaac Bruce, Steve Hutchinson, Edgerrin James, and Troy Polamalu will be enshrined in Canton, Ohio this summer, as announced Saturday night at NFL Honors. The enshrinees range in experience and patience; Polamalu got in in his first year of eligibility, while Atwater finally reached Canton in his 16th.

Good to see Atwater and James get in. Polamalu was gonna be a shoo-in, I'm fine enough with Hutchinson, and Bruce is worth it. Good class overall.

THE TUGSTER said:
EDGE IS A HOFER 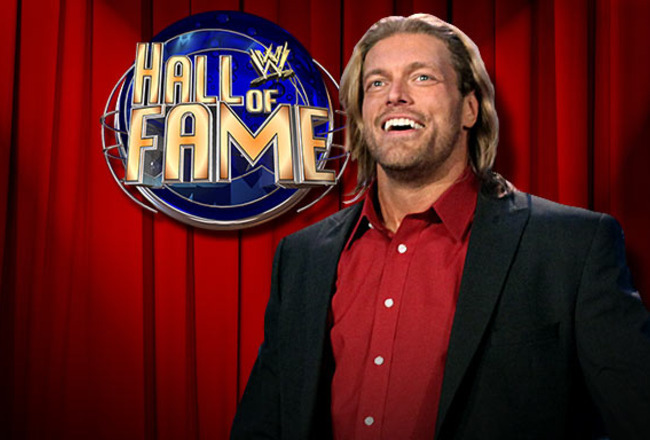 Staff member
Patriots are also reportedly willing to give Brady $30 Million or so to re-sign.

I seriously doubt the validity of that report, but cool I guess.

Jaguars are going to play back to back home games in London next year.

Maybe we'll get AEW Dynamite in the UK too one of those weeks. Special Guest Referee Jaxson de Ville. Special outside enforcer Piers Morgan.

Status
Not open for further replies.