If the GOP is getting money (ala the 75 million or so they banked on their split of the Trump Lawsuit fundraising) they will keep Trump around. If Mitch thinks he's sinking them, they'll cut his balls off. It's kind of on the media to not cover everytime he farts after Jan 20.

I still see those guys being more of evil boogeyman in congress going after Mitch's crown whenever he dies than president. Paul Ryan definitely is gonna try at some point though.

The good news is after yesterday I think the Trump brand is too damaged for him or any of his family to have any shot in a general election. Not saying he couldn't win a primary, but it's over for him. He has no shot going forward.

The publisher Simon & Schuster announced Thursday that is cancelling plans to publish Sen. Josh Hawley’s (R-Mo.) book, “The Tyranny of Big Tech,” because of the storming of the U.S.

Dumb bitch that thinks he could be president also thinks that a business is obligated to publish his book just because he wants them to.

Someone's political calculator got broke when they sat their big fat ass on it.

I thought the same thing about Pompeo in terms of "oh great, this fuckface is actually dumb enough to think he can try a presidential run" after reading he made a statement today that multiculturalism "isn't what America is." Clearly this cocksmoker is trying to get in that template position of anti-immigrant, white power bullshit that clearly someone in the party will now have to take over with Trump out. Can't wait to see the rebuke on this piece of shit.

Staff member
Fat cunt thinks his family came over on the Mayflower or something. How does he think he got here.

It's cute that you think he'll get that far.

I'd argue Rick Perry was the real bust campaign of the 2012 Presidential Election cycle. Herman (RIP?) overachieved if anything.

Also does anyone besides me and @BruiserBrody remember that Scott Walker was briefly the frontrunner early in the 2016 Republican primary buildup?

2012 was really before I followed Politics beyond just voting for whoever the Democrat was because my dad told me to, so I'm not as familiar with it. I just remember seeing Cain stuff. Just to out myself as being Politically stupid before 2014, I barely know who Rick Perry is. My brain has been bombarded with so many evil Republicans in the last five years, that I may have heard the name but it faded out of my brain. 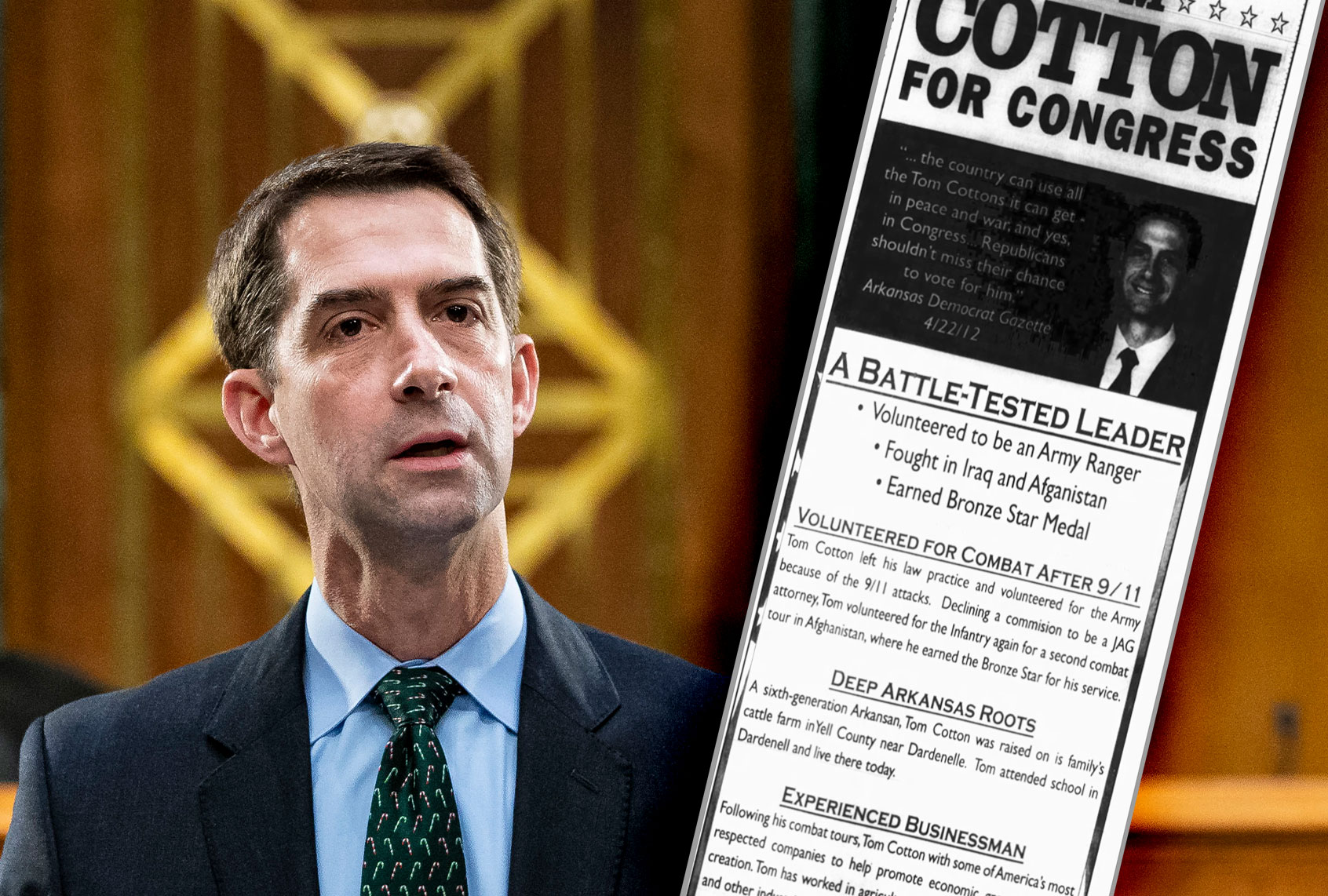 Sen. Tom Cotton has claimed he was an "Army Ranger." That's not true

Arkansas senator has repeatedly said he served as "a U.S. Army Ranger in Iraq and Afghanistan." That's not true

https://twitter.com/i/web/status/1356980732590178312
This would be GOOD! I don't have a problem with a small state having first primary but same small state every time. I honestly think they should switch the first in the nation primary at least once every few election cycles (if not every different election). Way too much emphasis put on Iowa & New Hampshire.

I'd like to see Nevada replace Iowa as the first state. Iowa hasn't really been performing too well the last few cycles. The most recent caucus was maybe the biggest fuckup of its kind in US history.

I also like @King Kamala 's idea of rotating the first state(s). In addition to Nevada, other swing states with increasingly active voting (as shown not just by raw numbers but also by increased GOP efforts to suppress the vote) like Georgia, Colorado, Arizona, Michigan and Wisconsin could be good places for the first primaries. 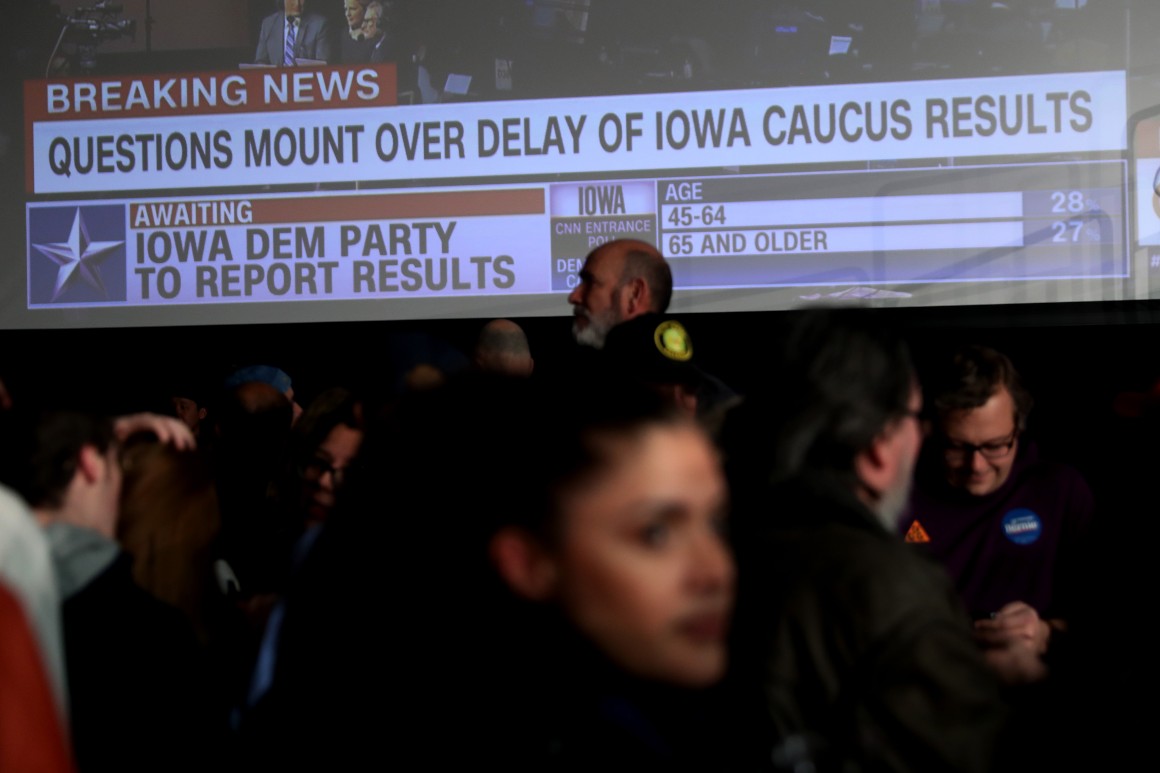 It might just be game over for the Iowa caucus

The states with the most privileged places on the presidential primary calendar are finding their roles more threatened than ever before.

Good. The caucus last year was a disaster. And then the voters shit the bed last November. They don't deserve a third strike.

Nevada seems like perfect first in nation state to me. Diverse population, balanced between rural and urban. It's a lot better indicator of where America is going than IOWA.

And man, for all of the non fascist dipshits out there, I certainly hope GD Ron DeSantis and Kristi Noem are the Republicans best hopes in 2024. I feel a lot better running against store brand MAGA than I do the friendlier face of fascism type of Republicans.

RON DESANTIS?! I know this is a poll conducted in their Nazi stronghold, but, ugh. I mean yeah Trump would be worse but, oy.