Now the second half of the Conference Finals! 909's Magic Johnson led squad will square off against Brooklyn Zoo's team led by David Robinson.

The rundown is below:

Obviously my team is set up to run and gun straight from the start, playing defense on centers isn't really optional. My goal is to make everyone else's big men as tired as possible while my team fills it up. I feel like there's no way to guard players like Shaq or Hakeem unless you actually have Shaq or Hakeem, but I did draft good defenders for my bench that can stop the players at other positions. Obviously the offense is running through Magic, Petrovic, and Wilkins getting the ball and pushing up the court as quickly as they can.

Offense revolves around Penny, Mitch and Robinson. Eddie and Horace fill the gaps with defense and in the case of Eddie Jones, 3 point shooting. I tried to build a squad that can mesh and not get in each other’s way. Penny and Robinson got the two man game going. They complement each other because Robinson isn’t a prototypical post player. The two can play a lot of pick and roll, and Penny can hit him in space. Mitch Richmond is capable of playing with ball dominant point guards named Hardaway. And when the shot clock is about to expire, he’s a player that can take anybody one on one. Horace Grant will allow David Robinson to eat by cleaning the glass and taking on the toughest dude on the opposing frontline, though David himself is one of the best defensive players ever. Grant is also efficient, and can hit the mid range J. He and Eddie will make teams pay for focusing on the big 3. Eddie is a great defensive wing who will also stretch the floor.

Off the bench I got Terrell Brandon for instant offense and penetration. John Starks and Mario Elie for outside shooting and perimeter defense. Anthony Mason brings an all-round game with an emphasis on passing and defense. Kevin McHale for easy buckets and Rasheed Wallace as the consummate team player, providing what needs to be provided (post offense, post defense, glue guy). Derrick McKey is my best defender off the bench. He may end games at times, depending on who is playing small forward for the opposing team. 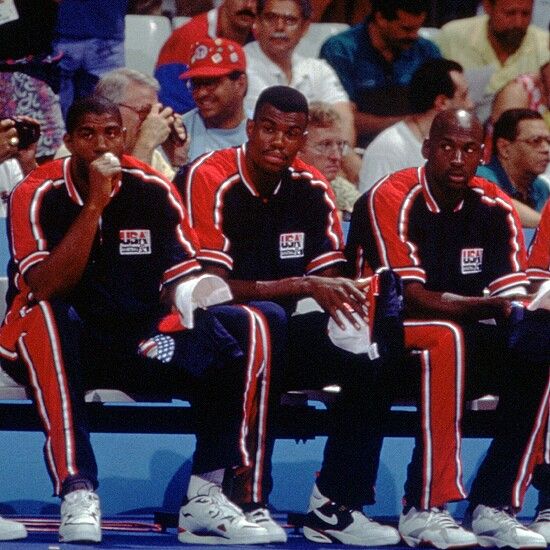 This was excruciatingly hard but at the end I like 909's chances just a little bit better. This game is going to be a track meet, and I just think from top to bottom his team is a little better equipped for that style. Obviously 909 doesn't have a force in the middle like Robinson, but he has guys like McDyess, PJ and Moses who are physical enough to maybe take him out of his game, which I think time has shown can be effective.
O

This was tough. Both teams will score at will and have a pretty similar makeup but I give the edge to 909. The starting lineups are very close but he's slightly better at every position except centre. Robinson will eat down low but in the end, I don't think BZ's horses can keep up with 909's.

Staff member
That Magic/Penny matchup is quite fascinating.

I think the benches pretty much cancel each other out, so it's mainly about the starters. For BZ, I love Robinson, but he wasn't quite a carry-the-team type. I was a big fan of Richmond, but unfortunately he had limited opportunities to prove himself in high-pressure situations, so it's hard to say how he'd fare here. I'm a little worried about McDyess being the main center option for 909 (probably a better 4 in this 90s format), but someone like Moses can step in and do alright. I do love Porter as a backup point who can shoot if needed. Overall, I think 909 has a little more firepower than BZ.