The rundown is below:

Play style is similar to the mid-90's Rockets. Suffocating defence and playing through Hakeem on offence. Everyone on my roster except Chambers and Stoudamire is a strong and active defender. We give up no easy shots and anyone driving on Hakeem and Rodman will get beaten up in the post.

Hakeem will draw double teams with shooters around him to space the floor. When Hakeem sits, so does Kidd and we play a more uptempo game with Damon/Reggie/Chambers causing havoc with their pace and driving ability. When we need to big in crunch time, Chambers plays PF, Rodman slides to SF, Majerle to SG and Reggie to the bench.

For the last shot, Hakeem is option 1 and Majerle is option 2.

I feel like this team is capable of playing any style. Isiah Thomas led two championship teams in a grind-it-out style, but also showed that he can excel in an up-tempo game, as well. He did lead the highest-scoring team in NBA history, after all. And Orlando Shaq could run the floor with just about anyone and finish strong. Kobe is still very young, but blossoming quickly, and this group of vets will bring a fire out of him like we haven't yet seen. Double-team at your own risk, and the threes start raining down. Teams with this much shooting are going to rule the league in the future. The 90's aren't ready for us. You've been warned.

As always, you can tune into the matchup highlights on my status. 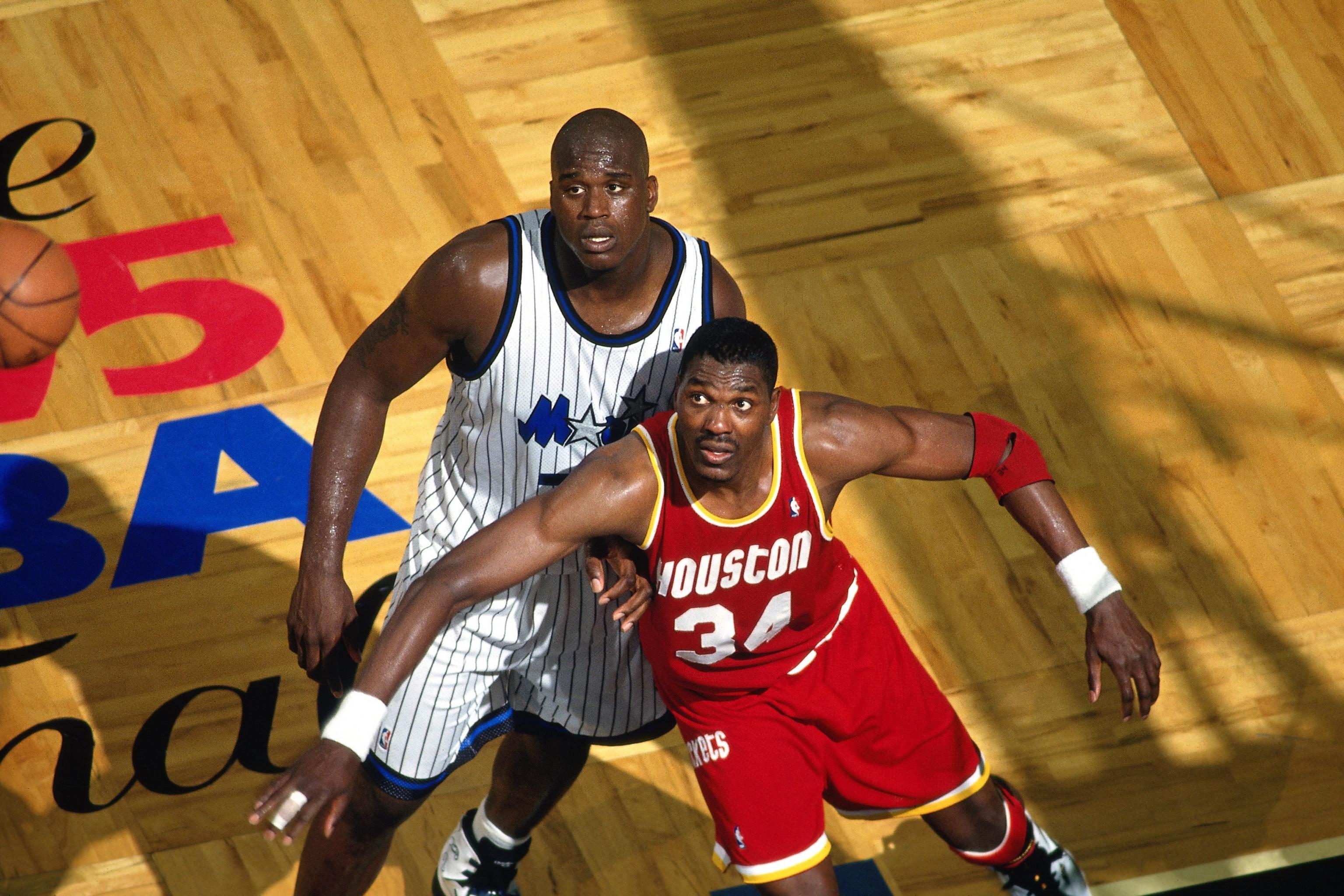 I think OG has a team that would have great synergy and cohesion, but I don't think they have enough offense to hold off Alfdogg's team. Hakeem is really the only one who can consistently create his own bucket in the starting lineup, and the biggest threat off the bench is Tom Chambers. After that, it's a group of awesome defenders and unselfish players who will keep the score close but I don't think they'll have enough.

Alfdogg's team has balance inside and out. Isiah/Kobe/Shaq is a great trio to build around because we know Kobe and Shaq mesh, and as the third guy, in this stage of his career, Isiah can pick his spots and make teams pay for focusing on the top 2. Laimbeer, Scott, Robinson, Kukoc and Houston are all either elite shooters or elite defenders. And Strickland is the perfect guy to lead the second unit because he can penetrate and kick.

This would be an awesome irl matchup. Rodman and Kidd can alter games in ways other than scoring, so the intrigue is there. Maybe that would be enough for Hakeem to get the job done, but right now, I'm going with Alfdogg's team.

Staff member
Hey, it's the '95 Finals! Sort of...but you have Olajuwon/Maxwell vs O'Neal/Scott at least. I will that say contrary to popular belief (and Shaq's rare moment of humility), Shaq held his own vs Hakeem in that series.

Anyways, OG has Dale Davis and Duckworth as additional help against Shaq. Davis was tough as nails but a little light. Duck didn't exactly have that kind of rep, but he was one of the bigger bodies of the 90s, so maybe he'd be used more here. Alf has the other Davis "brother," Antonio as help against Hakeem, along with Cliff Robinson. Uncle Cliffy could be interesting if he can draw Hakeem out of the paint as a stretch 5 and allow for Alf's assortment of slashing guards to get near the rim.

The most fascinating matchup for me is Reggie Lewis vs. Kobe. Before his untimely death, Reggie played long enough to show himself as a 20-point scorer who could get you a steal and a block per game. Kobe was still young Frobe in the 90s, but he was coming along after his rookie year and was 3rd team All-NBA at the end of the decade.

Ultimately, even with OG's grind-it-out team being a great fit for that 90s style of play, you still have to score to win, and Alf has more guys who are capable of scraping together enough buckets to get the job done.

Almost forgot but I am kind of surprised at the results so far as I didn't even think was close.

Nail biter! Alfdogg will advance to the NBA FINALS!!!
B