I have a bad/funny feeling it could end up with Shaq signing a contract to be an official AEW performer who'd work maybe twice a year.

EZ Money would be my pick if Tony played EWR. I used him all the time I only just now found out what he looks like.
G

Was Tony a big E&C mark? 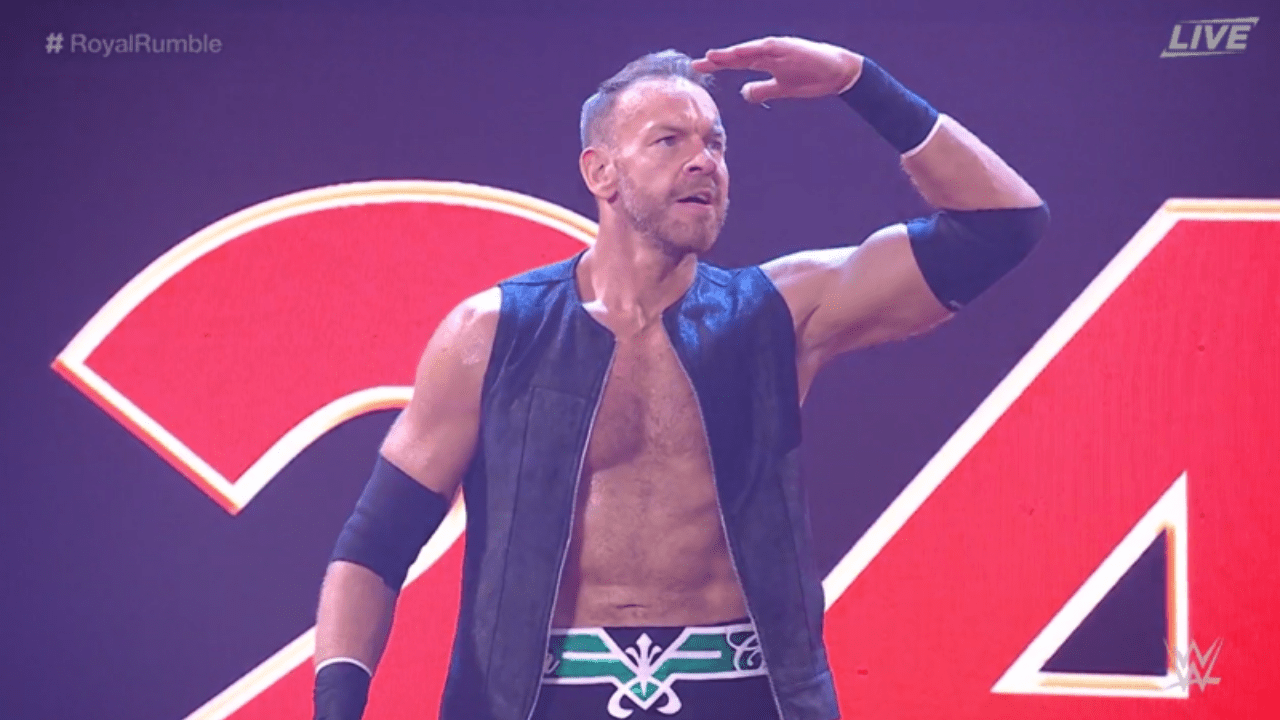 Andrew said:
EZ Money would be my pick if Tony played EWR. I used him all the time I only just now found out what he looks like.
Click to expand...

He was the real highlight of the last three weeks of WCW. I would mark for this comeback, I just hope he leaves the gartered tights behind.

As others have pointed out, AEW has put these individuals to better use. They aren’t just going over all the new talent making them look like indie geeks.

I’m not sure if I want to watch 2021 Kurt but he’s been very clear his final WWE run was nowhere close to how he wanted to go out. That makes it seem very likely to me, if not this guy tomorrow, he will be in AEW within a few years. As great as Kurt was, he was in TNA longer than he was in WWE the first time. I think the weird GM run equaled things out but I don’t see him as a through and through WWE guy as I did someone along the lines of Paul Wight.

If he can go out on his terms and no one gets hurt, more power to them. I don’t think Khan would put the top belt on Angle but a handful of feature matches and having him in the mix of helping the guys behind the scenes would not be a bad pickup.

Baby Shoes said:
a handful of feature matches....would not be a bad pickup.
Click to expand...

I get that 2019 retirement run sucked egg but Kurt Angle going from washed but still capable to totally gimpy gorilla sometime around 2017 has nothing to do with WWE's weak creative. I think only thing you can do with Angle in ring wise is masking him in tags and multiman matches like they're doing with Sting.

That being said, this hinting is way too obvious and it makes me think this is some sort of MacGuffin.

Staff member
I don't want to be mean. But I really want to know what Kamala thinks a MacGuffin is.

Per its Wikipedia entry;

In fiction, a MacGuffin (sometimes McGuffin) is an object, device, or event that is necessary to the plot and the motivation of the characters, but insignificant, unimportant, or irrelevant in itself.

Although now that I go back to Wikipedia page. I think "red herring" was the term that I was actually looking for.

For what it's worth my friends cousin's girlfriend said she saw John Cena at a Taco Bell just outside of Jacksonville eating a cheesy gordita crunch.

That girl lies like a chicken. Such BS everyone knows Cena hasn't gone to Taco Bell in years of out protest of the Enchirito was taken off of the official menu.

King Kamala said:
I get that 2019 retirement run sucked egg but Kurt Angle going from washed but still capable to totally gimpy gorilla sometime around 2017 has nothing to do with WWE's weak creative. I think only thing you can do with Angle in ring wise is masking him in tags and multiman matches like they're doing with Sting.

That being said, this hinting is way too obvious and it makes me think this is some sort of MacGuffin.
Click to expand...

I was rewatching the mixed tag at WM 34 and the segments where him and HHH tried to wrestle a match like it was 2001 was really sad. He definitely wants to go like he could in his prime, but his body won't let him.

This might sound harsh, but outside of that Drew match on Raw, I think Angle is only slightly less washed up than 1994 Nikolai Volkoff. The guy was my favorite wrestler for a while, but he never had the self awareness to adjust his style as he aged. Like it's so hard to watch him do the Rolling Germans in the shape his neck is in. He hasn't added a new move or anything in like 15 years, but it can't be a good idea to do that move in the shape he is in.

And with his amateur skills, it would of been easy for him to transition to a more ground based style. His promos and comic timing seem like they've declined big as well. I remember Angle having a hard time trying to stay on script and remember his lines during his GM run as well. Hopefully I'm wrong and he gets the farewell run he deserves, but this just doesn't seem like a good idea to have him work anything other than 8 or 10 man tag multiman matches.

I'm hoping for Christian as the mystery man. Brock as well, but I would be absolutely stunned.

I know your favorite wrestler comment was directed towards Angle but it was in such great proximity to the very valid Volkoff comparison that I’d like to go forward thinking as a young @Brocklock , as other kids were all about Hogan and Warrior, Little lock was repping Nikolai.

Sorry, I am bad at sentence construction. I was heartbroken when I realized Nikolai was only worth cents to the Million Dollar Man.

Nikolai was a former WWF Tag Team Champion. Why did he only own one suit?
G

Everyone is throwing their name out there: 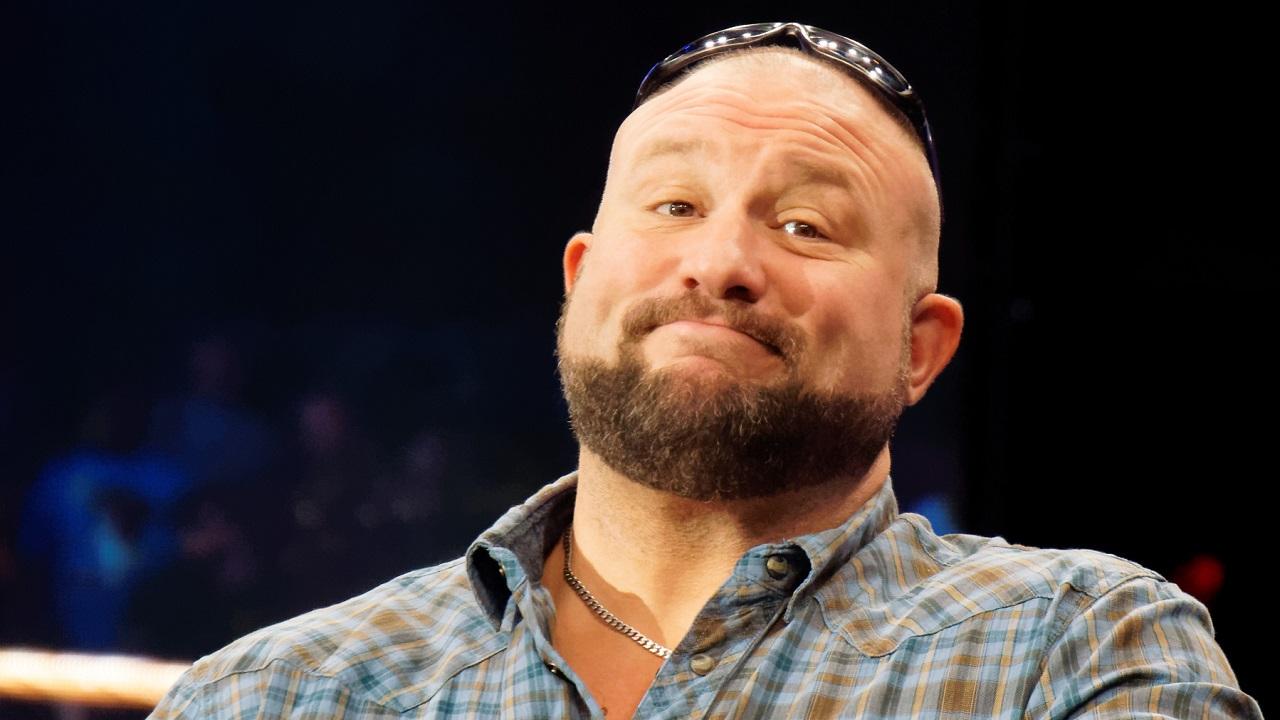 In what is shaping up to being a week of teases, Pat McAfee and Bully Ray both posted videos hinting maybe one of them are the big signing AEW is going to reveal on Sunday at Revolution. For McAfee, he was in the news recently after Shaq claimed his tag match on this past Wednesday’s […]

Well clearly Pat McAfee fits the mold of being one of Tony Khan’s all-time favorite wrestlers.

AEW filed for the trademark to the name of ‘Captain Insano’ with The United States Patent and Trademark Office on March 2nd. The filing is for use in video games and digital media. It’s likely AEW will use the character in its upcoming console video game since they’ve signed Wight to a...

What would it take to get Sandler to show up alongside Captain as the Waterboy? All the money in Jacksonville?

Might just take Dustin agreeing to revive his electro shocked stuttering character in one of Sandler's Netflix movies.

Another possibility of the Captain Insano trademark is the action figure line. The company making the AEW figures is run by the guy who created the Legends figure line during the WWE’s previous toy license in the early 2000s. The success of that line was a slight precursor to the DVD boom and those two really led to the plethora of legends and vintage merchandise we get now.

They've been talking about expanding their current line and probably doing a Legends line with all the guys in their fold or that WWE won’t touch for silly reasons. Captain Insano would be the best way to get a throwback Wight since WWE owned his old wrestling personas.

https://twitter.com/i/web/status/1368282297531691008
Oh man. Please have Angle debut in the Exploding Barbed Wire Match and give Omega an Angle Slam through some barbed wire.

Captain Insano was a character portrayed by Paul Wight in the 1998 film "The Waterboy" starring Adam Sandler.

we talked about in chat if they'd be doing comedy with show or not, not the best sign imo

You know, Vince was so gung-ho on his Mighty Mouse gimmick that it ruined a lot of PAC’s WWE run but the more I see him, especially if it was intended as a comedy character, John Silver would probably be the perfect worker for it. He‘s jacked but so short, even with a roster full of smaller guys. Some over the top character like that, especially played in a comedy spot and not a prominent role, seems like the next evolution for him, IMO.

I am curious what the group here thinks of Christian being the surprise, and the relative level of "star power" he has. Christian lives in this weird space for me where when I look at everything he's done, mostly it's all been really good, but like, I don't have a lot of excitement over the guy. I'm just also disappointed it's an older guy; admittedly, it was never going to be like a top, current WWE star, but I was hoping maybe there was some indie/NJPW guy I was forgetting, or something. As it is, for me, the signing of Christian so quickly after the Big Show acquisition leaves that kind of Impact-y taste in my mouth where they would kind of gobble up anyone with a WWE pedigree. Don't necessarily love it. But if it brings more eyeballs to the show, it's a good thing.

Staff member
Impact would immediately bring released guys like Rikishi and Val Venis in and put them over the talent they built up for years, and then those guys would leave as soon as they were asked to do a job. I think that’s a key distinction here. They aren’t bringing in WWE scrubs. In the case of Christian they just brought in someone WWE wanted to use, who was just in the final four of the Rumble, etc. They just used WWE to build up someone they signed. WWE pulled a WCW with that one.

These guys just aren’t any random WWE guy. These are guys who were at the top. Big Show is barely going to wrestle so that’s not really anything at all. Christian on the other hand has a lot to give and is going to work hard. AEW’s roster is also extremely young and I feel like people don’t talk about this enough. During the PPV tonight I saw a fair amount of things I didn’t like from talent who are very green and inexperienced working at this level. They have to learn from someone. I noticed during the ladder match that most of them weren’t doing things to make the match cohesive. I’m not trying to be hyper critical but I noticed guys having to waste time moving the ladders for their own spots numerous times.

And as for NJPW guys, they have a deal with them and they’ll bring those guys in on talent exchange when people don’t have to quarantine anymore.