CRAZY BOSS LADY is back from leave! She informed me last night that Tom Hanks was executed by a military tribunal. As to not raise a stir, the White Hats have replaced him with his own brother in society.

BruiserBrody said:
CRAZY BOSS LADY is back from leave! She informed me last night that Tom Hanks was executed by a military tribunal. As to not raise a stir, the White Hats have replaced him with his own brother in society.
Click to expand...

Can I have some of whatever drugs she's on?
T

@BruiserBrody Just want to say I love these updates. Always a treat when I see a new post in this thread.

My co-workers and I go to a greasy spoon every payday. After 10+ years this place now has a "Christian News" paper at the entry that is free to take.
My mother is very churchy, so I grabbed a copy for her. Thankfully I read the thing before I brought it to her as it is an EXTREME nutty paper. I now take copies for the LULZ.

This month's edition covered the Black Lives Matter movement, Covid and George Floyd.
One article flat out said the African Americans need to stop protesting (all lives matter, one race-the human race blah blah). This included a paragraph on how they needed to pull up their pants and learn how to raise their kids as a family unit.
Another article pointed out the Floyd's death was too perfectly filmed, and that the other cops at the scene would have stepped in if the murder was "real". The author said the "Globalist One World Government" was potentially behind this sham. OR the culprit was ISLAM since Minneapolis has so many Muslims, the murder was faked to set off the riots and bring down the police, leaving a power vacuum for Islam to step in and take over.
The article also mentioned that the OBAMA Foundation posted a photo of Floyd on its webpages a full week before his death. I had not heard any hubbub about this angle, even with all the time I waste on Conspiracy sites, but Snopes in fact has covered that this trash was being sent around in hundreds of wack job places.
The Covid article was about what you would expect..... Masks are actually harming you, everything is over blown by the media, this is designed to force us from worshiping God in our temples.....etc.

CRAZY BOSS LADY: "You know why there's no fans at the Packers game?"

CBL: "The players know they fucked up by disrespecting the anthem, so they are avoiding having fans there to boo them."

My coworker mentioned how Walmart might bump min. wage up to 15 dollars an hour for employees. The next coworker said "Great, all prices are going to rise" I chirped in with "I think you best check the validity of that statement". That set CRAZY BOSS LADY off.

The "conversation" went all over the place, from the Waltons using the US tax payers to cover their employees benefits, welfare, etc CRAZY BOSS LADY (CBL) started screaming how the government has no place telling businesses how to run things and the Waltons don't owe anyone anything.
CBL said people who are rich deserve all the benefits because they were willing to take the chance. If you're poor, it's on you.
I tried arguing about how certain corporations have monopolized things, and how only a handful of companies are on top of many many brands branched below them. This led to more yelling about how "Shoes are made in Vietnam, but the laces are made elsewhere, if you hurt the shoe company, you're taking the lace company out too" CBL's example....

Healthcare and poverty basically broke down to "Don't be poor" as a solution from CBL.

Somehow this turned to middle east peace deals. I was not really up on the recent deal, but I had heard within hours of Israel signing it, that the Palestinians had attacked again. So (largely trolling as I was chuckling through much of her meltdowns) I said Trump doesn't get credit for making a peace deal if only half of the countries involved think its a deal. This led to more CBL screaming about how Trump is using the peace deals to financially destroy Iran.
==

CBL has asked me several times in the past 2 weeks who the Dems are replacing Biden with. I keep asking her if she looks at the polls? Then she goes off on how Biden sounds like a goof. I just say "HAVE YOU HEARD TRUMP!??!" She then screams about how Trump says crazy things as a military tactic.

Oh and she is still on the Trump is switching to the gold standard storyline. She told me last week that "You better get rid of all your money as its about to be worthless". I told her that this was the first time in history that I am glad I am "poor". "Who knew 19 years at Walmart would prove to be the best financial move I could make!"
Last edited: Sep 17, 2020

CRAZY BOSS LADY on RBG's spot being filled so close to an election after Obama had his pick blocked: "It's not the same!" "Since Obama was leaving the office he didn't have the right to the pick, Trump has four more years."

CRAZY BOSS LADY on Student debt being triple what it was in 2003: "The millennials these days stay in school to try and avoid having to get a real job so they rack up all that debt on themselves!"

I think you should ask her on a date.

geniusMoment said:
I think you should ask her on a date.
Click to expand...

I think we do have a little George and Kellyanne Conway to us. 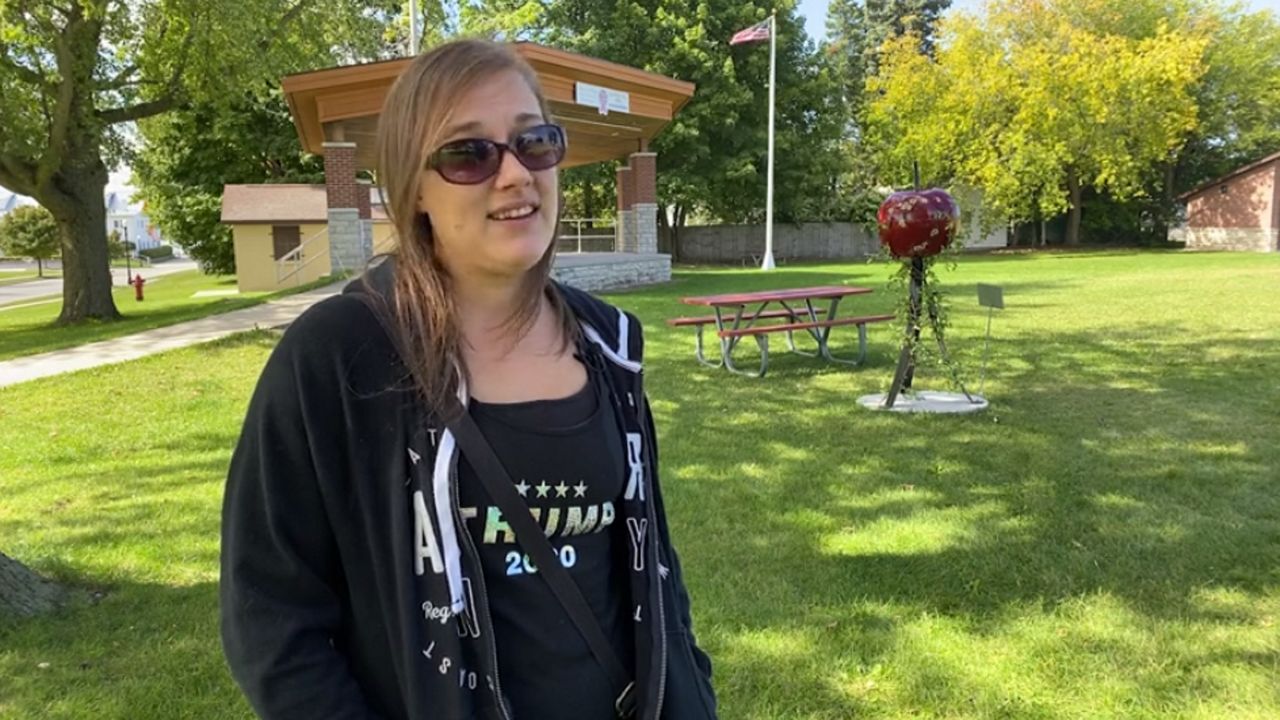 CRAZY BOSS LADY's niece got into it with a local Dem alderman.

---
CRAZY BOSS LADY is all in on Covid being a Dem hoax. I told her that something like 8 of the top 10 states with the highest amount of cases per capita are Red states. She said I don't understand that Dem mayors within those states are inflating the numbers.

So he was cited by police for quoting the president of the United States?


Ask what crazy boss lady thinks of that, Brody!

Just a reminder that the hatred of Hillary Clinton industry began in 1992 and 1993, in particular, with vicious insults of her and then-12 year old Chelsea Clinton by Rush Limbaugh.

I guess Chelsea Clinton owning a heckler by talking about safe oral sex techniques is a real full circle moment if you put it that way.

CRAZY BOSS LADY has declared the election a coup. Many Many dead people voted and the Trump lawyers are on the way to overturning things. Multiple counties in Michigan have already been overturned for Trump!

"I have 3 cpu screens in my office and do all my own research!"

Brody: "Even Fox News called it"

"I told you for months this would happen! You just don't see that left is right and right is left! How stupid are you!"

CRAZY BOSS LADY comes up to me a hair after midnight and says "I have bad news for you...."

I thought it was was work related.

"Wisconsin just flipped for Trump. Another "glitch" was discovered in the voting so at 9:36 pm tonight it was reversed."

"You won't see this on CNN! They are going to hide it!"

I then trolled her on the mass arrests of Democrats we are still awaiting and we moved on in life. We’ve reported on numerous events identified in the 2020 election already which are being referred to as ‘glitches’ by the Democrats. Tonight we just uncovered another ‘glitch’ in Wisconsin. When this one is confirmed it will result in a 19,500 vote gain for Trump making the Wisconsin race a...

Hey! I found her "source"

CRAZY BOSS LADY: "I noticed you're awfully quiet about politics this week. You realized your team is going down, eh?"

Brody: 'WHAT?!?! I thought you were the one being quiet now that u accepted reality"

CBL: "There's no Biden administration coming, everything is getting overturned in the courts!"

CBL: "DUHHH, you want to lose in the early courts so the Supreme Court will hear your case"