Now THIS sounds like an album worth paying money for

As long as I'm thinking of the titles and not actually singing, you might have something there.

Watched the first 3 episodes of season three and GODDAMN I love this show.

This dropped at the right time for me and gave me everything a TV show should, full blown entertainment, a roller coaster of emotions, and wanting more when the final credits hit.


Hawk was definitely the MVP of the season but his face turn in the finale was too forced. That's really the only bad thing I can say.

Also, looks like we're finally getting Barnes & Silver next season? I assume the war buddy who thanked Kreese for saving his life was Terry Silver who was his old war buddy from part III.

Show has to end next season. Not much they can do but to relive the tournament angle also ala part III

Captain Asshole did refer to Twig as "Silver" in a throwaway line when the flashbacks first started. I probably got my hopes a little too high that Tory Nicholls would be the lead in for Terry Silver with her character already having built in training, but her home life being that much of a train wreck would not explain it short of Terry some how dodging the mother of all child support.

Yeah, there was a rumor when season 2 ended that Tory was going to be revealed as Silver's daughter/niece this season. Silver was also mentioned in a throwaway line in season 1 when they're at the committee meeting to reinstate the tournament. Johnny said he had no idea who he was (which would be true as Johnny was out of the picture in part III).

I'm curious as to how they pull Mike Barnes into this. The actor desperately wants to do the show as he's mentioned in several interviews. I'm probably reading too much into this, but he's also a giant Trumper so I'm not sure if that hurts his chances. Still though, how would they write him in? Is he still bitter and fell on hard times following the third film and is back for revenge once again as a hired gun? I can't imagine a 50 year old dude wanting to participate as another pawn so maybe he goes into business for himself and just wants to destroy Daniel? Let's fantasy book!
Last edited: Jan 4, 2021

Barnes would almost have to have a grudge on Daniel after Chozen forgave him in Season 3. I feel like if Barnes comes back with "wow you really taught me a lesson when we were kids" too, it'd just be hokey. That said, he got embarrassed on behalf of Silver and Kreese, so maybe adult Barnes wouldn't necessarily be a friend to Miyagi-do/Eagle Fang but he could maybe tweener it for a few episodes before he tells Cobra Kai people to shove it, brother. It's hard to really write him in, for my entertainment, without rehashing something that's already been done in seasons 1-3.

I argue with friends to this day that TKK3 was a good film, just the plot was released in the wrong order. You flesh out these films as 1, 3, and then 2 and the narrative is so much better. With the order of the films it does poor justice to Daniel growing across 1-2 and then regressing for 2/3 of part 3. I'm not saying anything original or that hasn't been pointed out before, but its definitely the opinion I've connected the most with.

So I think bringing in Silver makes a lot of sense for the narrative. But Barnes can't be washed up (we went through that with Johnny) and he can't be "surprise, I forgive you" because we got that with Chozen. At best, a 1-3 episode arc similar to what they did for Kumiko and Ali would be worth exploring. But honestly, not sure I care enough about Barnes in 2021 to blow up the inboxes of the writers. But hell, if I'm wrong and they present something fun, I'm in.

Staff member
Really loved this season although some of it felt a little bit draggy (Robby for the most part felt like a throw-in at times with his subplot).


Still love the seething hatred between Tory/Sam. Their 'chemistry' really does outshine the other feuds within the show and you completely buy Peyton List as Tory. I find their scenes to be ones I look forward to the most, especially highlighted by Tory stalking Sam into Daniel's Dojo area and that ensuing fight.

I liked Demetri a lot more in this season and found him far more tolerable. Hawk's face turn was built up well, I thought, but Demetri's acceptance was a little quick. With that said, it was nice to have a quick wrap-up and not an overly long drama surrounding that reunion so it worked for me.

Skipped the Ali stuff to be honest. Didn't care at all and felt somewhat shoe-horned in considering it'd been 2 seasons and Johnny was already moving towards Carmen.

It's clear they upped the budget for this season IMO. A lot of fashionable rich looking places, Daniel visiting Japan, etc. Enjoyed the tying in to Karate Kid Part 2 (which I had actually re-watched before marathoning this by coincidence). It also makes sense that KK3 would be the tie-in to the final season.

Staff member
https://twitter.com/i/web/status/1345070992947896321
The show is good, but I think sometimes it leans a bit close to taking itself too seriously. I wish there was a character who's only purpose was to show up from time to time to point out how ridiculous the whole situation is.

That's basically what Amanda's character is.

Staff member
A little, but she gets involved in the silliness a bit, too. They probably don't want her to just be a nagging wife character.

I think part of what makes the show work so well is the lack of a grounding "whoa, this is nuts" character. That kinda meta nonsense is so hackneyed now.

I want to chime in and agree with @SFH that KKIII is a good film despite being very lazily written. One behind-the-scenes note I found interesting is that they changed Robin Lively's character from Daniel's love interest to just his good friend as she was underage (16) at the time of filming.

Another funny thing is that Thomas Ian Griffith (Terry Silver) is actually younger than Ralph Macchio in real life. Makeup, costuming, and just genetics worked wonders as he looked way older than Daniel in the film.
Last edited: Jan 4, 2021
S

The script for KKIII is awful. It's always taken me out of the film to a degree

Also another note. Lively was up against Heather Graham for her role in the film

Laz said:
I think part of what makes the show work so well is the lack of a grounding "whoa, this is nuts" character. That kinda meta nonsense is so hackneyed now.
Click to expand...

This. They briefly had Amanda paint some of the reactions as over the top until she experienced it herself. I actually think not having that kind of character lends more realism to the entire situation itself.

From a TV aspect, sure, it can be "over the top" but in the setting that the show has set up, it all feels legitimate and very real. You have this entire community largely related to this karate tournament, have rival dojos being re-created/gangs being created in a high school setting, and a turf war going on. The only real 'out of place' aspect is that it's karate influenced instead of drugs or guns.

Winter Epicland said:
I want to chime in and agree with @SFH that KKIII is a good film despite being very lazily written. One behind-the-scenes note I found interesting is that they changed Robin Lovely's character from Daniel's love interest to just his good friend as she was underage (16) at the time of filming.

Another funny thing is that Thomas Ian Griffith (Terry Silver) is actually younger than Ralph Macchio in real life. Makeup, costuming, and just genetics worked wonders as he looked way older than Daniel in the film.
Click to expand...

We need a TIG revival. I remember thinking he was the coolest dude ever in John Carpenter's Vampires when I was like 10 or 11.

Also, Karate Kid 3 in a way is the Rocky 4 to the original. It's so stupid and absurd that I find it a lot of fun.

I looked up what TIG is up to nowadays and looks like he hasn't done anything since the late 2000s. Must be largely retired now. He also looks completely different from KKIII (not throwing shade as that came out over 30 years ago): 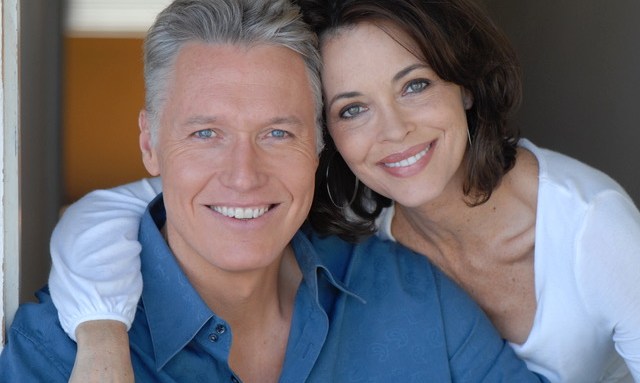 He has a evil karate businessman look so perfect.

It's not likely but do you think we'll get a Hilary Swank cameo next season? TNKK was a travesty and I'm fine with it being largely ignored in the KK canon but I'd be fine with her confronting Daniel in one scene letting him know that she knew Miyagi too.

Of course, if Swank came back then Michael Ironside will have to as well. Not going to say "no" to that!

Just finished this, love the finale. Unlike the last season, this one didn't make me feel super bummed but still left on a great cliffhanger.
I feel like his war buddy at the end is obviously Silver. I loved the Kreese backstory throughout the season, I thought it was really well done and the actor did a really good job.

I wouldn't say the show is ridiculous, just really cheesy. There are teenage gang fights in real life, and rivalries in schools that end up in violence. For me, the only thing that seemed unrealistic is that no guns were brought into this situation yet, though they have used a variety of other weapons so it's still pretty real.

The Daniel and Johnny Bow at the end of the finale is like the Heisenberg/Jesse nod. Maybe splice in Johnny giving Daniel the okay to strike through Kreese.

Fun fact: the jock at the diner who bullies young Kreese is played by Martin Kove's real-life son.