Oh fuck, I didn't even think about the Santa thing. They usually get me to play Santa for my God child, his cousins, and friends. Gonna have to be a hard pass this year little buddy. I trust his parents to not put me at risk, I don't trust the rest of the families.

Don Jr. dismisses coronavirus deaths: ‘The number is almost nothing’

Roughly 1,000 Americans died from Covid-19 on the day the president’s son appeared on Fox News to downplay the U.S. death toll.

"Donald Trump Jr., the president’s eldest son, falsely claimed on Thursday that the number of Americans dying from the coronavirus amounts to “almost nothing.”

Up to 119 new cases today in Maine. We had done so well until October.

The machete prop for my Halloween costume has not arrived so I ran to the Spirit Halloween to find a crowd rivaling black Friday. Did my best to keep my distance, waited in the line that was wrapped around the store, wondering how the hell someone hasn't called a fire marshal or something. Someone asked me where the line started and when I turned to gesture, I knocked the hat off the guy behind me since he was riding my damn ass.

Got home, wiped my hands immediately with alcohol wipes, and went scrub myself down with hibiclens in the shower. Accidentally got some in my mouth and just swished it around and spit it out and didn't even worry about being poisoned. It crossed my mind to call and report it but didn't feel like getting laughed at.

They had a door guy, he had let way too many in at once.

King Kamala said:
Up to 119 new cases today in Maine. We had done so well until October.
Click to expand...

90% effective would be amazing. That would essentially end the pandemic even if a large chunk of people don't get it.

"Nevada Gov. Steve Sisolak is asking people to commit to a voluntary plan he calls "Stay at Home 2.0" in the next two weeks in efforts to push a "significant reversal of the current trends" in the state.

As the virus continues running unabated across American communities, not a single state is trending in the right direction. And 44 states have reported at least 10% more new cases than the previous week -- 11 of which reported at least a 50% increase.

Oklahoma's health department reported the state is down to just 7% of adult ICU bed availability, with about 62 ICU beds available."

COVID-19 cases rising in every state

Every state is now seeing increases in COVID-19 cases, and many are also seeing spikes in hospitalizations, a marker that the third wave of the pandemic has arrived.

"Every state has seen increases in cases over the past seven days, according to The COVID Tracking Project, but states in the Midwest continue to have the highest numbers of cases per 100,000 people.

North Dakota, South Dakota, Iowa, Wyoming, Wisconsin and Nebraska have the worst outbreaks in the country, with more than 100 cases per 100,000 people, according to New York Times data.

The outbreaks show no signs of abetting, with all of those states seeing increases in cases over the past seven days of 17 percent or higher, according to The COVID Tracking Project."

I've noticed the past few days that MA has also started hitting a 10% daily rate too.

Things are getting really bad around here too, and now Trump refuses to give over that data to the Biden team. Unreal.

Staff member
I really think we're gonna start seeing states forced to go into partial lockdowns like Oregon, if not full lockdowns, as cases continue to skyrocket over the next several weeks. It's clear that telling people to wear masks & asking them to social distance isn't getting it done enough. MA is hitting 11% and almost 3,000 cases daily now. Other states are literally seeing 90%+ increases in cases over the past couple of weeks with 0 sign that Thanksgiving won't exacerbate things. 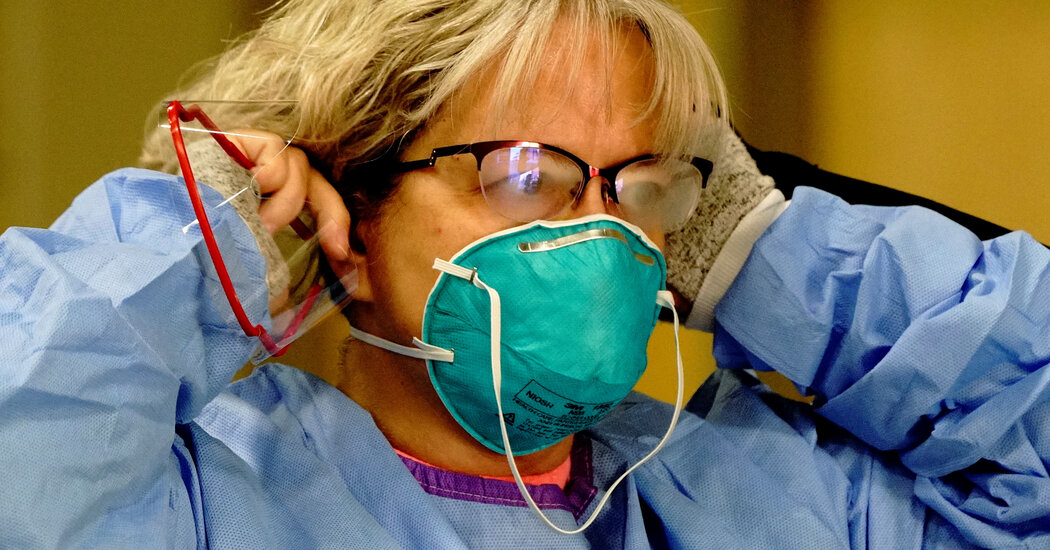 Doctors Call for More Restrictions and Caution as Virus Surges

More than 1 in every 400 people tested positive in the past week, and infections and hospitalizations have hit record levels across the country. Rising deaths have pushed even some reluctant governors to issue mask mandates and to limit gatherings.

"And in Missouri — which announced 7,164 new cases on Saturday, the state’s third single-day record in a row, along with 11 deaths and more than 2,400 hospitalizations — health care workers asked government officials to enact more restrictions...

With more than 1,017,000 cases added since Nov. 7 — the first time that more than a million cases were reported in a seven-day period — that means that roughly one in every 323 people in the United States were reported to have tested positive in the last week.

How long would it be until it’s ready for public consumption?

I'm proud to say that I had a small hand in Moderna's supply chain while they were developing this vaccine. Don't know if it was primarily their Cambridge or Norwood facility, but I've helped build the labs in both.

The Art of Postin' said:
How long would it be until it’s ready for public consumption?
Click to expand...

Would be until around next summer before a regular jabroni could get one.

Laz said:
I'm proud to say that I had a small hand in Moderna's supply chain while they were developing this vaccine. Don't know if it was primarily their Cambridge or Norwood facility, but I've helped build the labs in both.
Click to expand...

You should merge tickets with @King Kamala who is running on a “Peel My Potatoes” platform.

I can already see attack ads about how I couldn't even save my podcast since I haven't done one since late April.

However, that's mostly because no one has bailed out small podcasts!