Have you gotten any pm's/converstations during the draft about being on the clock? Or have you just only had notifications from the @ feature?

I noticed in the quick links that members with a space between the words in their forum name needed a + sign for the space. I didn't have that in there, but it seemed like it was still sending the messages. When I was first making the quick message links, if I had anything wrong it would just result in an error and not even let you get to the message page. So it appeared like it was sending the messages with the way they were.

I'm not sure if this was actually an issue or not. I've got all of them updated now if they had a space to a plus instead.
Click to expand...

I’ve only seen the @ notifications. I last received a PM/Convo from you on August 10.

Yeah I just did that too in all of the quick links. When the message loads it doesn't have the + and it's just the normal space. They look like they are going through. It shows them in the conversation/message. I just know the other day I had some pick message sent out register as not sent or something because CWM said he got an error message about it.

Okay, I just sent you a new message/convo using the + method for the space. Let's see if that works.

Looks like Aug 10th was that last time I sent you a message, so the space must have been working then.
Last edited: Aug 22, 2020

HarleyQuinn said:
I just edited my post to do Will+Scarlet in case he wasn't getting them but I was under the impression they were being sent as normal.
Click to expand...

I'm referring to the conversations, not the @ mentions. The mentions are fine since when you type a few letters in you can just select the member.

Krankor said:
Okay, I just sent you a new message/convo using the + method for the space. Let's see if that works.

Looks like Aug 10th was that last time I sent you a message, so the space must have been working then.
Click to expand...

Got it. Weird shit.
W

Staff member
Should be a top safety in the league if he stays healthy.

@StGabe will kick off the lightning round

Remember its first come first serve! Just make a pick! Maybe we'll get lucky and I can finalize the draft a day early, Monday at midnight.

Staff member
Gonna take a chance on the young rook. 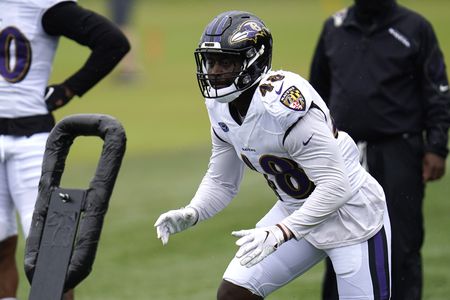 Draft is finished! Thanks everyone!

Everyone has $100 of FAAB money to spend. None of it will roll over into the regular season, so there's no reason not to spend it. Players will come off waivers on August 28th. On August 31st the Benchwarmer Frenzy is over and I will reset the FAAB to everyones regular season totals. Bonuses and debts from last season will be paid. The waiver time will get reduced back down to 2 days then.

Here's how many open roster spots teams have going into the FAAB Benchwarmer Auction.

There won't be any Rivalry Week this season. We might bring that back for next season. Depends on league size and NFL scheduling.

If you want to bet FAAB money on your matchup, why not!
Both teams would need to agree to it in the thread, and max bet will be set at $20 FAAB.

My only QB is a 40 plus year old who has shown significant drop off so I take a hit losing the top RB today for a long term investment in a rookie franchise QB who can give me longevity.

The Benchwarmer FAB Frenzy is complete. Your regular season FAB has now been reset.

Also, Flik & Linx both haven't finished adding players to their roster or set their lineup. They have until sometime on Sunday the 6th or I'll just do it myself. There will be a $50 FAB service charge taken out of their regular season FAB

McCaffrey is more of a short term 2 to 3 year type of play. Burrow should be more of a long term play.

I'm glad I didn't have to decide on that trade. I'd probably lean toward Burrow as a longterm QB solution.

Staff member
Hawk also probably sold high on McCaffrey at the right time too. No way he could repeat last year's numbers.