Watched the Cabin Fever remake this past weekend. While I feel it was completely unnecessary, I was at least entertained throughout. I'm really not a big fan of shot for shot remakes though, and feel like if a film is going to be remade, it should at least try something different.

S. Craig Zahler (who wrote and directed "Bone Tomahawk" and "Brawl in Cell Block 99") wrote this. The score was done by Fabio Frizzi (who scored some of Lucio Fulci's most iconic movies) Comes out next Friday.

I'm looking forward to seeing this. I was at a horror con in Chicago over last weekend and the Full Moon folks were talking heavy about it.

How many Puppet Master films have they done now?

Bored, so here's some upcoming release dates for horror Blus

Staff member
I'm so psyched for the Critters Collection that'll be coming out 11/27
http://www.blu-ray.com/movies/The-Critters-Collection-Blu-ray/210642/

I love Candyman, but Peele could do something very interesting with it.

Tony Todd ain't dead and he would totally kill it if he reprised the role. I hope Peele casts him.

This caught my eye. Curious to check it out now.

Staff member
TCM has a series of Lon Chaney movies showing on 10/3 including The Unknown (1927), Phantom of the Opera, and The Monster (1925) starting at 8 PM. I'll be DVRing the first and third as I don't recall ever seeing them before.

Tales from the Hood 2 is now on Netflix!

It's not very good. Keith David is fun, but the rest of the actors are godawful and it feels like a SyFy original movie. It reminds me of Creepshow 3 that came out a while ago, but it's even more of a bummer because the original team is behind it.

I think this is a pretty blah trailer, but I'm still sort of excited for it. The original scared the shit out of me as a kid and still has some moments that unsettle me (Everything Zelda), but there are some things to be improved. Dale Midkiff and Denise Crosby are both pretty bad and dull in the original and Jason Clarke and Amy Seimetz are a huge trade up acting wise. John Lithgow as Jud is also an awesome casting decision even though it will be hard to top Fred Gwynne.

Looks like it has potential. I wonder if they'll get somebody to cover the Ramones for the soundtrack.

A Crying Hoss said:
It's not very good. Keith David is fun, but the rest of the actors are godawful and it feels like a SyFy original movie. It reminds me of Creepshow 3 that came out a while ago, but it's even more of a bummer because the original team is behind it.
Click to expand...

Agreed, Keith David does a great Clarence Washington III impression and I did enjoy the framing story but the tales themselves were pretty weak. Seemed like they tried too hard to be socially conscious and re-create the cheesy charm the first film had. A giant WTF to that date rape story. I legit sat there confused the whole time watching that one.

You know what film I haven't seen since I was a kid? The People Under the Stairs. It's one of the only Wes Craven films I haven't re-watched in the last few years. No idea if it still holds up.

The good thing about Tales 2 is it got me to rewatch the first which holds extremely well. I think its my second favorite anthology movie behind Creepshow.

New Halloween was good until
the doctor kills the chief and wears Michael's mask
. It was pretty shitty from that point on

I'd imagine I was the only mofo that went to this last night....

Anyhow, attended the unrated director cut's screening last night (this was a one time only type event) for Lars Von Trier's latest clusterfuck, The House That Jack Built. To say this was a shockingly depraved piece of work would be putting it mildly. I was on one hand engaged in how messed up this continued to get as it went on but on the other hand I was pretty disgusted at the output. There was very long drawn out scenes of meticulous killing, and quite frankly, it was very disturbing. There was times I was considering walking out as it was too much for sure.

it was set in 5 parts or "chapters" in a sense, of preparation and execution of separate grisly kills, followed by a really bizzare epilogue that probably made little sense other than it was a fitting way to end the character.

Some of the most shocking and fucked up points of this film include:

-Children being treated like deer or other game for sport, being long range shot and killed, and then dismembered and made into taxidermy (this was one of the parts I nearly left, it was many layers of gross)
-Easily one of the most misogynistic and depraved treatment of women that I've seen in horror in quite some time....one clear example being a woman's tits were cut off graphically and used in a manner that was repulsive to say the least. Woman were treated as very inferior and quite frankly, stupid and foolish in this film in general. I kind of got the idea (Jack targets weak minded women to manipulate them) but it fell off the rails completely with me by this portrayal.
-A flashback scene where a young Jack tortures a duckling by cutting its legs off, looked like it was legitimate animal torture that wasn't a fake effect at all.
-The "house that Jack built" concept is taken to a new level with a very bizzare scene of him connecting all of his taxidermy style dead frozen bodies (he proclaims he killed and stored over 60 victims) into a "house" of sorts.
It sounds like the screening may have really set off the MPAA and they may pull the additional R-rated cut of this that is coming out in a few weeks (how this will be cut to fit an R rating is beyond me) as the distributor, IFC, didn't go through the right steps to get a waiver to release a secondary cut of a film in the theater.

I'm still certainly wrapping my head over what I saw. Honestly, if the Von Trier effect wouldnt have been so brazen and foul in this, there was some interesting concepts and points that could have gone somewhere and created a snapshot of how serial killers think, but it gets muddled when you are writing and directing for shock value. it was, at its core, a disturbing and unfiltered example of the mind of a serial killer.

My big question once again after a Lars film....how in the FUCK does he get American mainstream stars to do this work? Matt Dillon was certainly all in on this performance for sure. Uma Thurman played an incredibly unlikable character (that was the point though) and Riley Keough was in a very strange disheartening role that I never expected any mainstream actress to accept.

Some friends of mine were at the screening at the IFC Center in Manhattan last night, which included a Q&A with Dillon. One of my friends reported that there was only 1 person that walked other. Other people mentioned on her post on Facebook about multiple people walking out from screenings across the country.

I just saw 3 women leave after the really mysoginistic stuff towards a certain woman in the film that I mentioned. I tell ya though...after it was done....everyone walking out was silent....it certainly messed some heads up, including mine.

Coming this February from Arrow Video 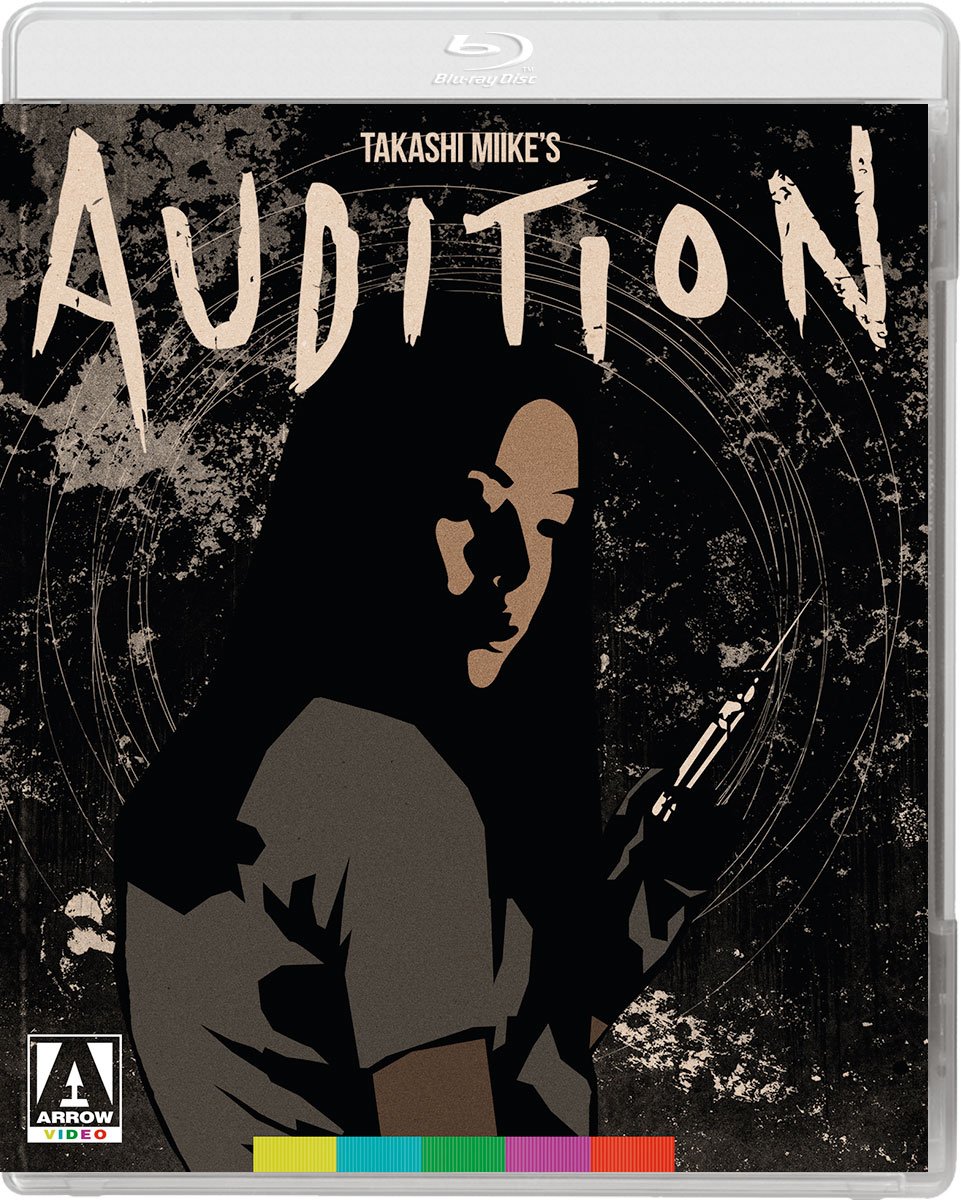 • Ties that Bind – A brand new interview with Takashi Miike 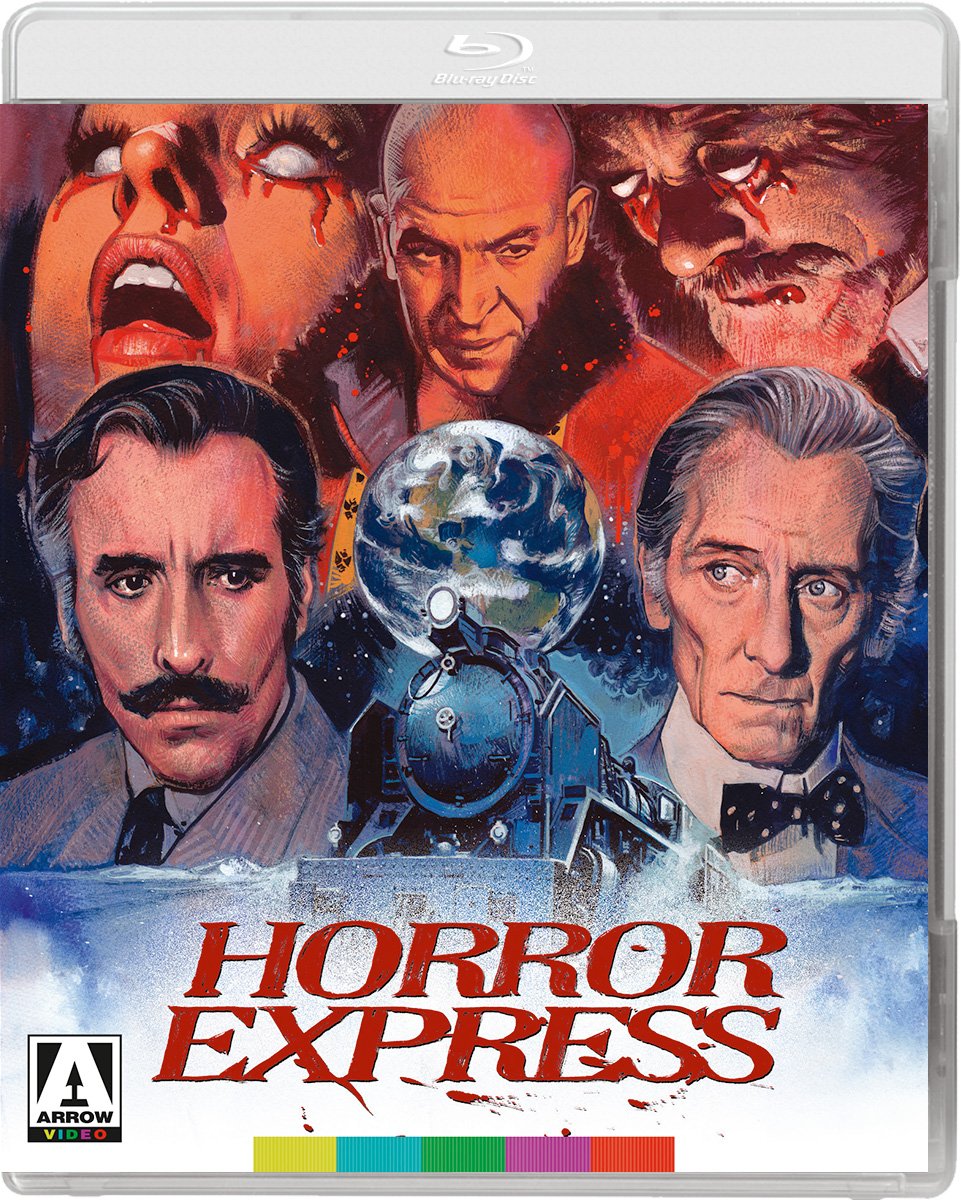 • Optional English subtitles for the deaf and hard of hearing

• Telly and Me – an interview with composer John Cacavas

Oh, fuck yeah. Those two are definitely day-one for me.

no fact said:
Oh, fuck yeah. Those two are definitely day-one for me.
Click to expand...

I heard the old Shout! Factory Blu of "Audition" didn't have a good transfer, so this is exciting news. "Horror Express" is another example of Arrow re-releasing OOP Severin titles. They've already released "Psychomania" and "The Baby" (which is...really fucking weird and fucked up) and are releasing "Bloody Birthday" in December, so something like "House of Seven Corpses" (which is best left avoided, as it really sucks) will probably be next.

I was gonna add the two Giallo they'll be releasing in February ("The Fifth Chord" and "The Possessed") but those aren't in the "Giallo that doubles as a horror movie" as much as they are the more traditional route.

Arrow's March titles have been reviled. If you live in the UK/have an all-region Blu-Ray player: 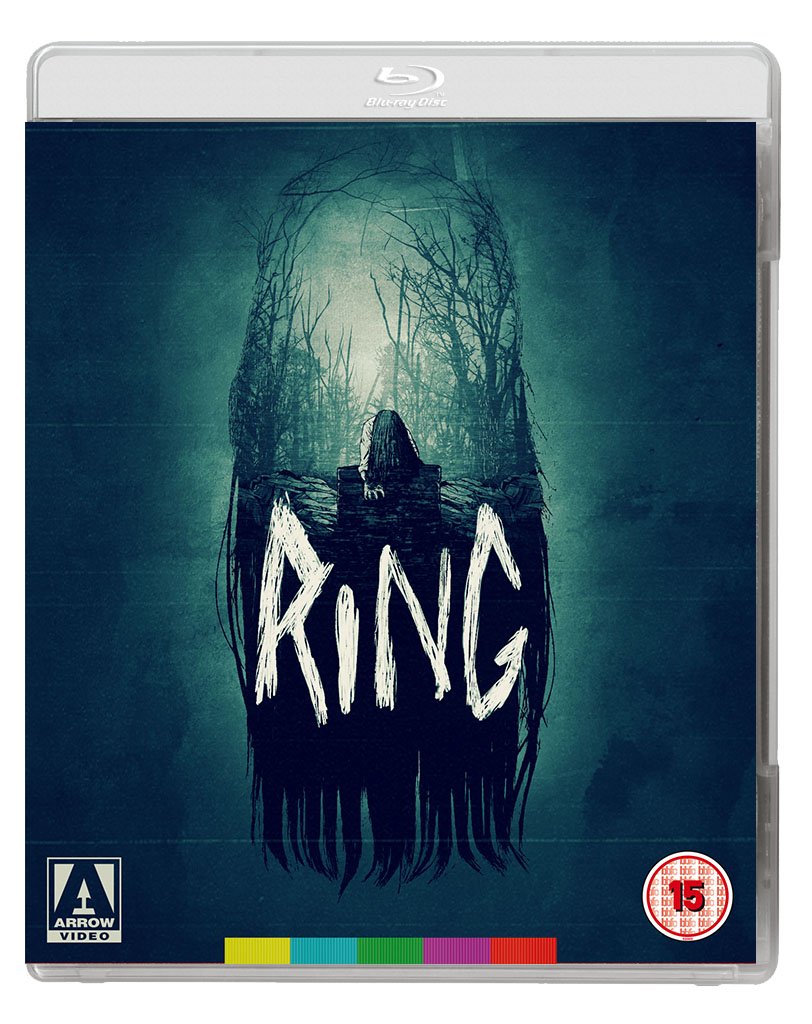 As for the US/Canada, it will be

WHIRLPOOL
• Original US Theatrical Cut
• Brand new audio commentary by Tim Lucas
• Obsessive Recurrence: The Early Films of José Larraz - author and critic Kim Newman reflects on the recurring themes and underlying obsessions linking together the early productions of José Larraz
• A Curious Casting - actor Larry Dann on the strange story behind his casting in Whirlpool
• Deviations of Whirlpool - featurette comparing the differences between the US Theatrical Cut and a previously circulated, alternate cut of the film
• Extract from an archival interview with José Larraz
• Image Gallery
• Original US Theatrical Trailer

THE COMING OF SIN
• Spanish and English language versions of the feature
• Brand new audio commentary by Kat Ellinger
• Variations of Vice: The Alternate Versions of The Coming of Sin – exploitation expert Marc Morris on the strange and scandalous release history of José Larraz's most censored film
• Remembering Larraz – author and filmmaker Simon Birrell shares his fond and extensive memories of his long-time friend and collaborator José Larraz
• His Last Request (2005, 27 mins) - short film by Simon Birrell made under the guidance of José Larraz and starring Spanish horror legend Jack Taylor
• Extract from an archival interview with José Larraz
• Image Gallery
• Original Spanish Trailer
Click to expand... 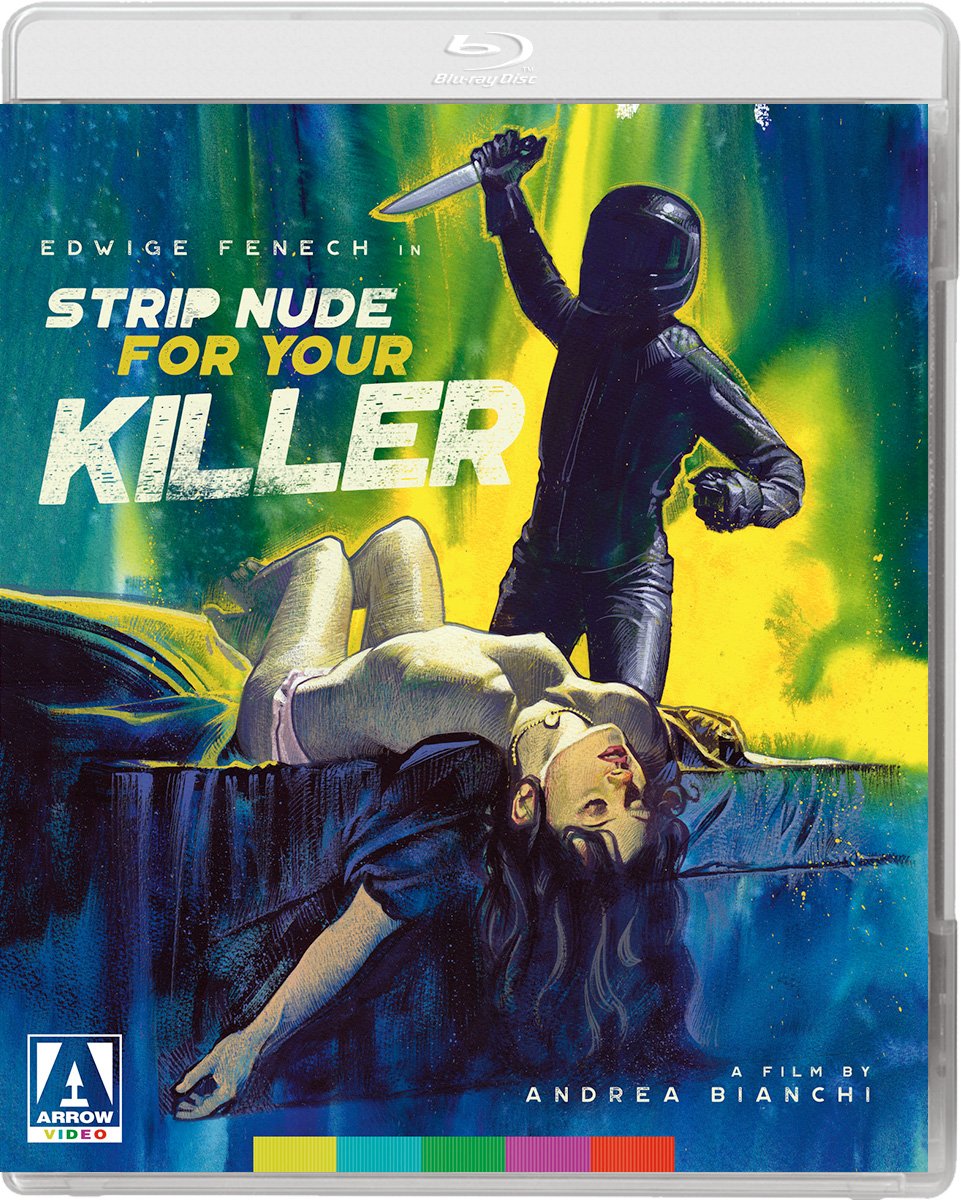 spoiled for a bit of nudity 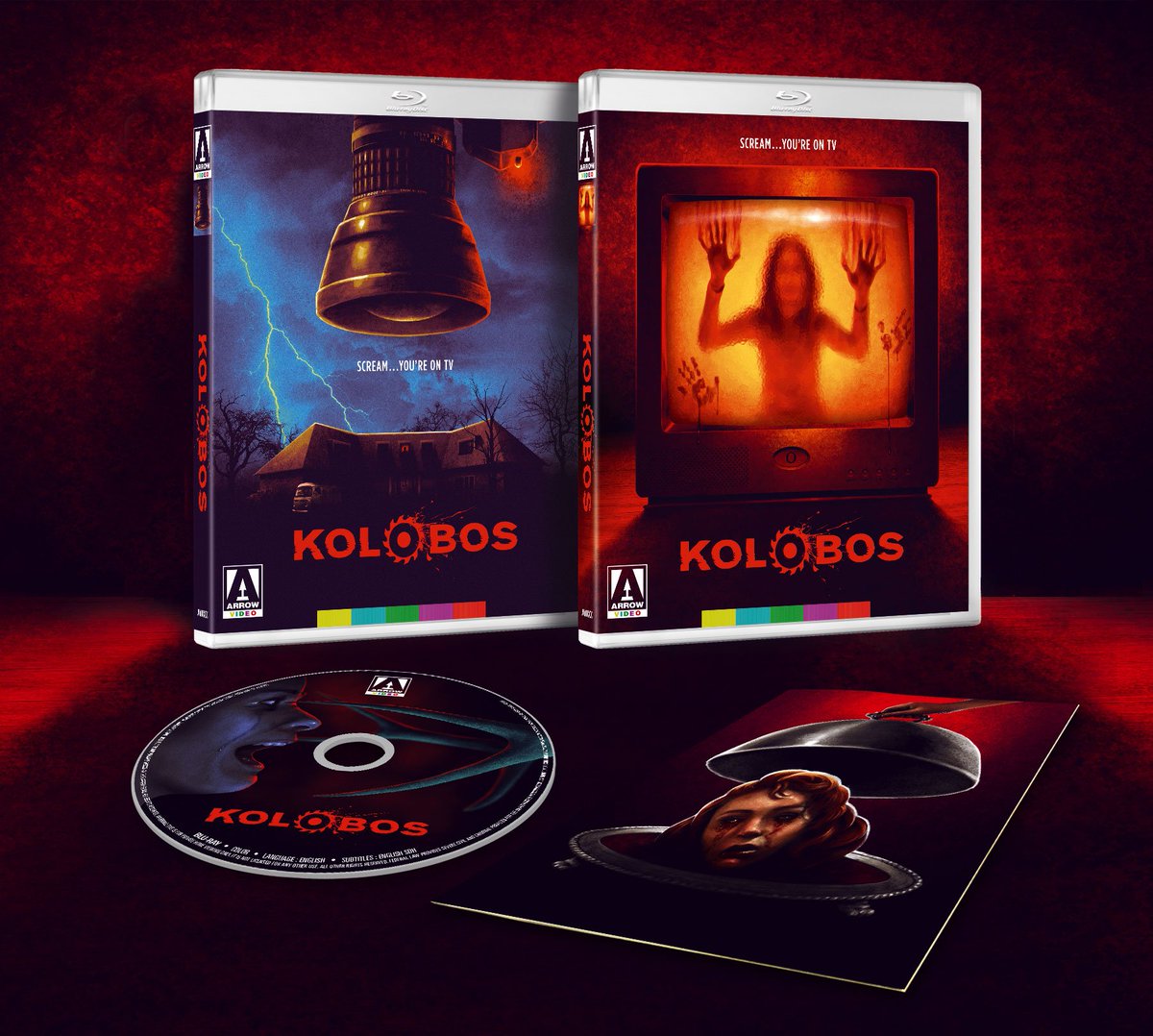