WHO IS THE GREATEST?
Arnold Schwarzenegger vs. Jackie Chan

Arnold Schwarzenegger was born on July 30, 1947, in the village of Thal, Styria, in the nation of Austria. As a young man, Arnold was subjected to physical and mental abuse by his father, a police chief and former Nazi officer (though one not involved in the actual atrocities). He was an average student, but one who stood out in class for being cheerful and humorous. At 14, he began pursuing bodybuilding as a hobby, and decided at 15 to make it a career, winning his first Mr. Universe title at the age of 20 and going on to win the Mr. Olympia title a record 7 times (1970-1975, 1980). After his natural charisma shone through in the documentary Pumping Iron Hollywood came calling, first casting him in the exploitation flick Hercules in New York. His breakthrough success would come in 1982's Conan the Barbarian, followed soon after by the role that would define his career: James Cameron's 1984 classic The Terminator.

Following a meeting with Joel Silver, who was impressed by his natural charisma that was unlike his screen presence up to that point, Arnold was cast as the lead in Commando, a film and role that went on to define the American action hero. After that, he continued his acting career until the 2003 California recall election, where he became the first Austrian-born Governor of the state, serving until 2011, after which he returned to cinema.

Jackie Chan, born Chang Kong-sang, came into this world on April 7, 1954, to refugees from the Chinese Civil War. His parents served the French Ambassador during Jackie's early years, nicknaming him Pao-Pao ("cannonball") for his propensity to roll around. At the age of 6, Jackie was enrolled in a Peking Opera boarding school, an academy focused on teaching the elements of Peking Opera (a Chinese artform that combines acrobatics, singing, acting, dancing, and mime), where he, along with many other future Hong Kong cinema stars, learned martial arts and stunt work, as well as faced corporal punishment for misdeeds.

By his late teens, Chan became part of the elite Seven Little Fortunes troupe, taking the stage name Yuen Lo in honor of his master, Yu Jim-Yuen. During his time with the Fortunes, Chan became close friends with fellow performers Sammo Hung and Yuen Bo, going on to form the Three Brothers (alias Three Dragons) group with them. It was alongside Sammo Hung that Chan trained in hapkido under the tutelage of grand master Jin Pal Kim, eventually attaining a black belt in the style. Along the way, Chan also studied Judo, Karate, Taekwondo, and Jeet Kune Do.

Chan's early film career (ad the lead) saw filmmakers desperate for him to become the next Bruce Lee, casting him in similar stoic roles that undermined his natural charm and personality. It was not until 1978's Snake in the Eagle's Shadow where Chan was allowed to display his trademark humor by adding physical comedy into his fight choreography, a practice that continued with Drunken Master that same year. Soon, Chan (and his stunt team) became the go-to of the style, crafting memorable action scenes in the Police Story franchise. It was 1995's Rumble in the Bronx that cemented Chan's global superstardom, filled with his trademark blend of humor, insane stunt work (that he performed himself, to various levels of injury), and charismatic performances. By 1998, his back catalogue of films had achieved true Western cult status, paving the way for the immense success of his greatest Western franchise, pairing with comedic actor Chris Tucker in Rush Hour.

As great as Jackie is and he may have an edge on worldwide impact, Arnold Schwarzenegger is synonymous with the action genre to me. GET TO THE CHOPPER(, TSM Action Hero Tournament Trophy)

Staff member
As Kamala said, Arnold is so iconic and so associated with the action genre he's probably the closest equivalent of any other actor to John Wayne and Westerns in terms of Actor + Genre. With Arnold you could very easily tack on other 'action' fare such as The Running Man or even Last Action Hero within the Suggested Viewing.

Jackie is incredible but Arnold is to the 1980s/1990s action scene as what kids today probably think of Tom Cruise or The Rock as in terms of the action genre.

Any movie where Arnold Schwarzenegger faces off with the GOAT Family Feud host is an all time great.

King Mutumbo Classic said:
Predator is awesome and my first and maybe still favorite Arnold but Running Man should've been added to the list in lieu of listing it twice
Click to expand...

I actually meant to list it and wrote Predator twice by accident. Fixed.

Arnold. There's no one that's more iconic and consistent with the genre.

Arnold is gonna win, but I'm going with Jackie. If I was to make a list of the ten best fight scenes ever, Jackie probably has more than half. Hell, he probably has half of the best action scenes ever. I'm gonna go with dedication, work ethic, and mastering the craft over presence, popularity, and one liner ability.

I gotta give it to Jackie. Arnold may be more iconic, but Jackie has been involved in the best action scenes of all time.

Well now it's tied. I am fine with Jackie winning especially since "Real American" won the WWE Theme Songs tournament and we should try and prove that TSM is NOT a racist message board.

Staff member
I haven't voted until now (aside from the tie breaker) but this is too important not to.

Jackie Chan. I don't dislike Arnie but I love Jackie to bits and the fact he does his own stunts means a ton to me.

Staff member
Jackie. 100%. Great choreography. Personality for days. Some of the best stunts in movie history. My personal #1 action star of all time.

I was gonna pick Jackie but I just remembered the Turbo Man so now I am reconsidering.

I STAND WITH ARNOLD

The Art of Rasslin' said:
I was gonna pick Jackie but I just remembered the Turbo Man so now I am reconsidering.
Click to expand...

That's more of a plus for Arnold when he wins the TSM best comedian tourney than Best Action hero.

I tried to only pick good movies. That's why I left my favorite bad Xmas movie off, as well as garbage like the rest of the Terminator franchise.

I will, however, defend Sixth Day. Very, very underrated.

True Lies is one that doesn't get talked about a lot. Had a lot of good comedic moments and he showed decent range in it.

That and T2 I think are both really good performances. He did actually improve a lot as an actor. Watch him in something like Commando or Raw Deal or The Running Man then watch him a few years later in True Lies, T2, or Total Recall. It's a big improvement.

He's actually turned in some really good late career performances in Maggie and Aftermath, although the movies themselves aren't great.

True Lies I would say is the last great Arnold movie.

100% agree. I was pleasantly surprised with how well he and Stallone handled Escape Plan, though. 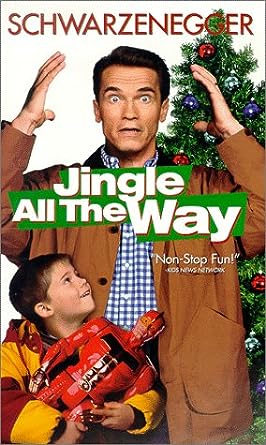 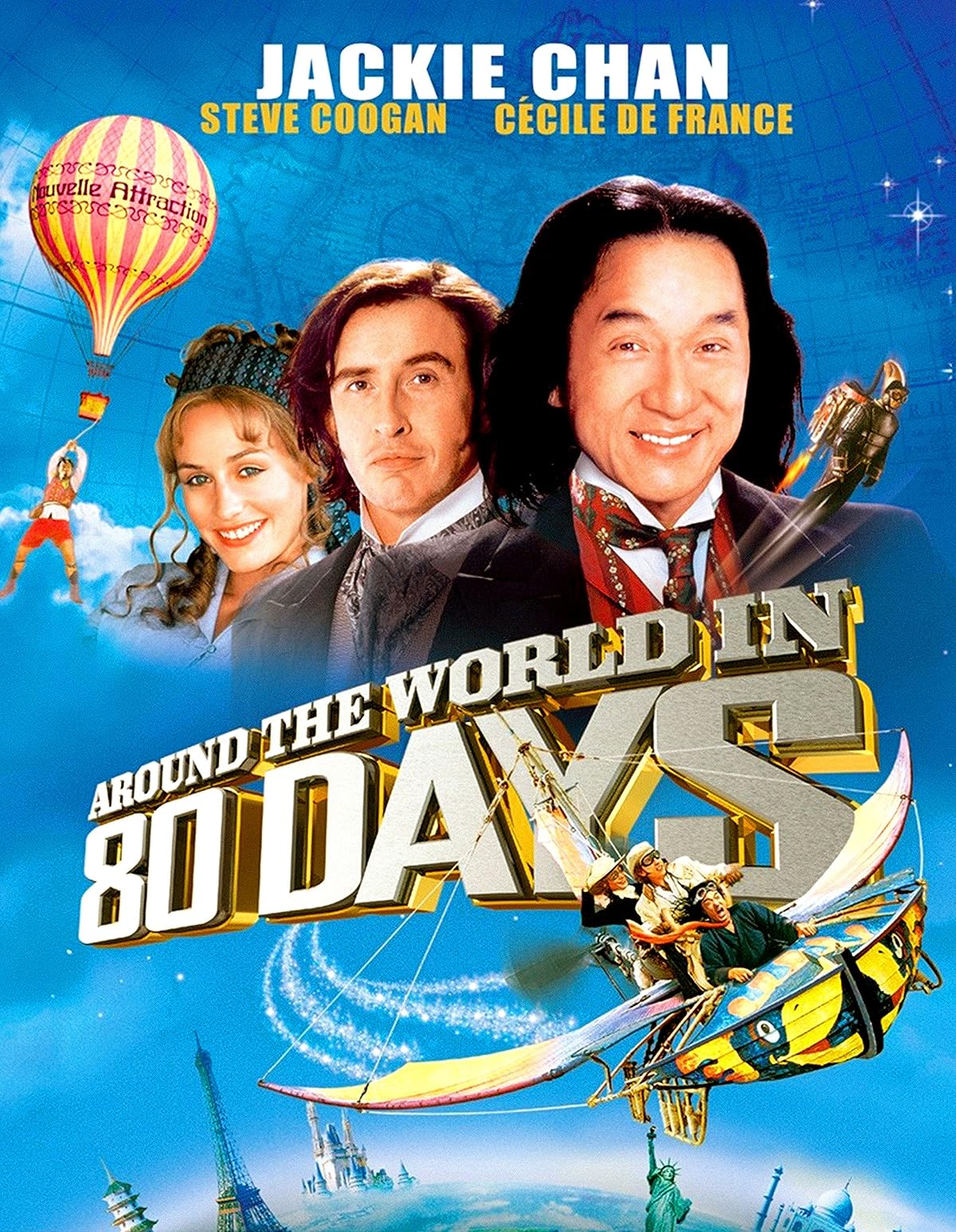 Damn, I should've nominated Steve Coogan for this.

Staff member
They did sorta do a movie together a while back.

Pretty sure that's the total runtime of their scenes together.

Mine was real too

I watched Jingle All The Way before last Christmas. As someone who was target age for that movie when it came out and who actually likes Arnold's other comedies, I've always thought that movie kind of stinks other than the 2 or 3 scenes that have become kind of memes.

Erasers is an acceptable answer for last great Arnold film since it had Arnold fighting gators but other than that, it's definitely second tier Schwarzenegger.

Jingle All The Way is not a legit good movie, but I'll watch it a few times every year and be incredibly entertained. I think Phil Hartman is really funny in it and totally committed to the sleaze ball character.