Hollywood Under Fire For Sexual Assault

There were accusations about Geoffrey Rush that got buried, but here's a reminder that he's garbage

Dancing naked in front of her? Using a mirror to spy on her? What the fuck is wrong with people?

Sums the decade up nicely.

clicks through, sees it was posted today

I was scrolling through Facebook this morning and it was posted from his official page. I still "liked" him, so when I saw it, it was jarring. I got really creeped out watching it. 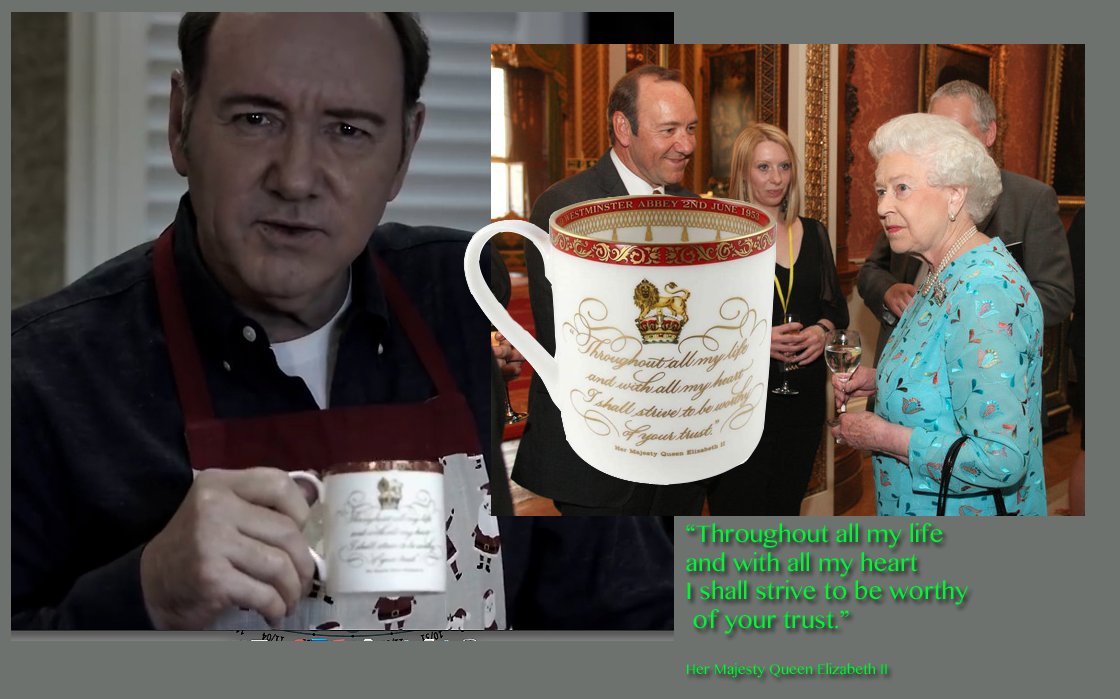 some of these actors live in fantasy land I think

Hey look, Louis CK is still a piece of shit

Staff member
Its interesting he seems to be misplacing his anger towards "millennials" (for lack of a better term). I'm not sure what younger people had to do with him getting called out for being a predatory creep, unless he thinks older women didn't have a problem with it.

I'm not too upset with him making fun of the Parkland kids, though. He's made jokes about worse stuff in the past and I'm not sure that's intended to be the finished bit, I think he just threw that line in there to see what the reaction would be. The gender identity stuff is just lazy, though. You can see a nugget of a joke in there somewhere, but he went the easy route, which is something he wouldn't have done a few years ago.

I hope this doesn't come off as me defending him, I really don't give a shit what happens to his career from here, but I did get a little annoyed at all the "maybe he was never really funny to begin with" sentiments I was reading.

Anthony Jeselnik makes jokes the day OF tragedies. Carlin frequently made jokes about school shootings and actively said he couldn't wait for Church shootings to start.

This doesn't defend Louis C.K. but I have to wonder if we're throwing anger at him because we know he's a real life dirty pervert and not the content of this bit.

I'm not sure if he's actually trying to attract a right-wing fanbase now that he knows any liberal fans will have abandoned him, but the transphobic stuff is indistinguishable from the shit dumb Trump-supporting uncles post on Facebook. "You identify as a _______? Well *I* identify as a ________!" is the single hackiest joke possible and seeing this once-great comic stoop that low is pretty pathetic. I listened to the whole set and there's some weird racial and homophobic stuff in there too, but there always was in his act. I'm not sure why we just assumed he was actually woke when he was casually dropping n-bombs for years, but in this current fascistic era of American governance telling a joke about how he called his doctor "you Homosexual, you old fuckin' Jewish fag" seems just a little too close to what the people who actually want to kill Jews and gays would say. That said, I'm not too upset about the Parkland stuff because while I admire their intentions, I also think David Hogg is an annoying little snot boy and if he ever arm wrestles that Kent State gun girl I hope he loses. Sorry not sorry

Staff member
There's room to make jokes about the Parkland kids/school shooting survivors in general because tragedy CAN be funny, and I agree they can come off as annoying and sanctimonious at times (I mean they're teenagers in the limelight so big shock). The stuff CK is doing though like Kreese says just doesn't work and I don't know why anyone is surprised by any of this.

No. That ain't it chief. What a dumb thing to say.

Humor is absolutely part of a healing and acceptance process. It takes away a lot of the power from the tragedy to be able to find something at least amusing to fight it with. I always figured that was common sense.

That said, this wasn't a good example. I feel kinda bad he can't let go and just hide out for years, living off his millions.
C

I don't know though, the slaughter of children is very delicate. Not saying NEVER MAKE FUN OF IT because, hey different people find humor in different things. But I think if you're gonna joke about kids being murdered it needs to be an interesting take on such a big tragedy. Just going "you pushed a fat kid in the way, you're no hero!" is like....ok?

The gender jokes are just par for the course when it comes to that kind of comedy. I would never laugh at a "joke" like that but I'm hardly the target audience for that kind of humor. I know a lot of people (on the right, mostly) can't get enough of TAKING DOWN THE LIBTARDS with BITING CRITICISM such as "hey if you IDENTIFY as a woman so do I so I'M A LESBIAN NOW!!" It doesn't offend me, just baffles me because...is that funny?

Slightly off-topic but it's like the Kevin Hart drama regarding the Oscars. His "joke" that got in him trouble was "if my son plays with dolls I'm gonna break them." What? Is that a joke or just toxic masculinity?

I’ll likely get admonished by dubq (), but shock comedy has been around for a long time. If that isn’t your humor, just hit the back button, bro.

For the record, I didn’t find Louis CK’s leaked set funny. But he can sink on his own by not being funny. People don’t need to “freeze at what Downhome wrote” all the time.

The Valeyard said:
Humor is absolutely part of a healing and acceptance process. It takes away a lot of the power from the tragedy to be able to find something at least amusing to fight it with. I always figured that was common sense.
Click to expand...

Humor in general, yes. Humor that specifically targets someones trauma and PTSD? I dunno, something tells me that child abuse survivors aren't super fond of pedo jokes, so I'd imagine that someone who has survived gun violence isn't for their experience to be used as the butt of some shitstains stand-up routine.


Dandy said:
I’ll likely get admonished by dubq (), but shock comedy has been around for a long time. If that isn’t your humor, just hit the back button, bro.

For the record, I didn’t find Louis CK’s leaked set funny. But he can sink on his own by not being funny. People don’t need to “freeze at what Downhome wrote” all the time.
Click to expand...

..and as per usual, Dandy can't keep my name off his keyboard. FOH, "bro". As if I am unaware of the existence of shock "humor." Just because something has "been around for a long time," doesn't mean people have to accept it in perpetuity. Anyone who laughs at this shit, and continues to normalize and encourage it, is more than likely a fucking cretin.

In terms of "targeting." I think there's things that you can and can't do, of course. A huge problem is that shootings happen all the time now, and it's impossible to not ignore it or try to at lease ease the pain of it --for those who are stuck in no position other than watching-- and take some fear away. For me personally if I didn't try, however in vain it can be, to find at least SOME humor in the world right now, no matter how gallows it can be, it eases personal pain. But the whole idea of "what is okay to laugh at because some of it is too fucked up to too many people" is just an argument best left to those quitters under the Titanic right now.

I believe it has been five years or so since I mentioned you last, dubq. If you don’t want to be called out for being a hypocrite, don’t be a hypocrite. My “back button” comment was a reference to all the way back to the previous day when you told AA84 to hit the back button on his browser for seemingly not having the same opinion as you after merely stating that it is not a shock that a pro wrestler could be a piece of shit. You can’t have it both ways; if you tell someone else to hit the back button, you must do the same. Last I checked, Generalissimo Pinochet isn’t governing this forum.

And “as per usual,” you didn’t let missing the point get in the way of weighing in on something. The reason shock comedy has been around for a long time is because there is humor in it. Does everyone think it is funny? No. But if there wasn’t an audience for it, it would have died off immediately. I’m sure The Aristocrats is not your cup of tea. Lots of people like it and to act differently is absurd.

Louis CK is a piece of shit. No question. I have personally never followed him much at all, and this leaked set was not funny to me. But it could have been. And guess what? It would be okay for someone to think it was funny while others didn’t.

You think I have some feud with you or something, but I think I have mentioned you on about three occasions. All of them were pointing out how you were being a dick to other posters. I’m allowed to express my disappointment. If that doesn’t jive with you, you can use the back button on your browser.

Yeah but why are we and/or the victims to blame for his family's suffering? Why isn't that considered his fault? I'm sure his family does harbor more resentment towards the "media" and the victims for their suffering than their husband/father/son/brother/whatever and that's just another factor of victim-blaming culture that keeps people silent. Like if there's a girl out there that's just building the courage to come forward now she has Janeane fucking Garofolo telling her to shut up because his family has been through enough? Ok.

Before I say anything remotely negative about Louie CK I always first look down at my WWJGD bracelet and reflect. Then I call them both cunts.
Z

Jesus Fuck. How have I not heard of Brian Peck?

"Frankly, I"m waiting for someone to accuse me of something," he said to laughs from the crowd. "And me wondering if they're not telling the truth and me having forgotten."
Click to expand...

"Frankly, I"m waiting for someone to accuse me of something," he said to laughs from the crowd. "And me wondering if they're not telling the truth and me having forgotten."
Click to expand...