AN EVIL dad has blamed ghosts for cutting off his three-year-old stepdaughter’s ears in vicious attack.

Amrit Bahadur, 35, from Delhi, India, claimed a spirit had visited him in a dream and ordered him to make the youngster cry or she would die.

Little Bina’s horrified mum, who believes his claims, found her covered in blood with Bahadur pressing the knife to her neck.

Neighbours called the police who disarmed him and rushed the little girl to hospital, where surgeons managed to reattach her ears.

Deputy Commissioner of Police Nupur Prasad said: “When our team entered the house, the man was about to slash the girl’s throat.”
Bahadur had been drinking heavily and had passed out before the attack, according to local reports.

Police believe he might have been hallucinating because of high alcohol consumption.

Bahadur claimed he had only attacked Bina because ghosts said she would die if he did not.

He told them: “So I chopped a bit of her ear. But they asked me to give them her entire ear.

“So I sliced both her ears and kept them in a corner so that they could collect them.”

Astonishingly Bina’s mother, who hasn’t been named in local media, supported her husband demanding his release after he was arrested on an attempted murder charge.

She told police they should arrest the ghosts instead.
P

sadly, shit like this happens in India all the time

people cut off kids' ears because of ghosts all the time in India? Hmmm

jk not surprising that roy thinks like that, but it makes him super hypocritical since he cries when non-Americans call 'our president' a shithead.

Amy pats fan said:
sadly, shit like this happens in India all the time
Click to expand...

my inital thought was this person might be racist, and after sifting through a few of their older posts...definitely racist.

WOONSOCKET, RI — A Woonsocket woman is out on $40,000 personal recognizance bail pending her trial for allegedly fleecing people who contributed to a Go Fund Me account. Alicia Pierini, 35, is accused of telling her family and friends she suffered from a brain tumor or from brain cancer. A Go Fund Me account was started to help her pay medical expenses. People donated about $28,000, either to the fund or directly to her.

But then relatives suspected something was amiss. State Police investigated.

"Detectives confirmed that she had never been a patient of any of the doctors and cancer treatment facilities that she had indicated," police said. They also found probable cause to charge her with fraud. Specifically, she was charged with Obtaining money under false pretenses (over $1,500) and Access to a computer for fraudulent purposes.

Go Fund Me will be reimbursing the individuals, who donated directly to the account, police said.
Click to expand...

Prrettyy said:
people cut off kids' ears because of ghosts all the time in India? Hmmm

jk not surprising that roy thinks like that, but it makes him super hypocritical since he cries when non-Americans call 'our president' a shithead.
Click to expand...

Prrettyy said:
people cut off kids' ears because of ghosts all the time in India? Hmmm

jk not surprising that roy thinks like that, but it makes him super hypocritical since he cries when non-Americans call 'our president' a shithead.
Click to expand...

wtf is your deal, man

I don't even have the time for an argument with you. You get a bone pushing my buttons.

You can't really deflect that after you stated that Indian people regularly and constantly do crazy, violent things because of who they are.

Staff member
Roy you've consistently told people not to comment on Americian issues because they aren't American and thus don't know what they're talking about. On top of that you literally said to ypov in the superbowl thread "And aren't you a Canadian Punjab or some shit, what do you know about anything?".

not that quietly
P

What I said was I wasn't surprised that a thing like that happened in India, because shit like that seems to happen a lot over there, and it seems like it's the rape capitol of the world

has nothing to do with me, or racism, I just call it like I see it

I love everybody, of any skin colour, btw

the answer is no.

It's not good to have a worldview framed around ideas like, "India: rape capital of the world."

thought we had a cop thread somewhere, but WTF


I respect police, but this shit is happening way too much lately

Not Afraid of Ghosts

How on edge are the police there if they didn't think they needed their body cameras but shot a woman who dare come within 2 feet of them.

muzzington said:
How on edge are the police there if they didn't think they needed their body cameras but shot a woman who dare come within 2 feet of them.
Click to expand...

The article says she was talking to the driver's side cop and the cop in the passenger seat shot her... wth was going on?

"Ms Damond reportedly walked up to the car and began talking to the driver when an officer in the passenger seat pulled a gun and shot her through the drivers side door."

Yeah such a messed up deal....the police force is out of control in Minneapolis, post-Castillo...I think locally a lot of us saw this coming as the verdict in that case justified some officers to continue to be out of control. Clearly these officers up here, in general terms, are not being trained properly. And a significant portion of them are more reactive than others.

In fact, there is a huge WTF in that aspect as well as the police unions here are all up in arms because there is going to be a more stringent police training policy trying to be put in place, and the unions are freaking out because our governor wants to give it a name in honor of Castillo.

Needless to say, I'm downright scared to even spend a night in the Twin Cities after this latest incident. I'm about 70 miles south of the cities and glad I am!

Turns out the cop that shot the woman here in Minneapolis was the first Somali to be an officer in the Twin Cities area. Is this going to open up a can of worms now and expose a lot of more bigotry and racial issues, IMO. Conservatives are now going to contradict their general support for "blue lives matter" by crossing a line by attacking the officer because of his race/religion, while the black lives matter folks probably will end up defending this officer because of his race/religion. Yikes.

Whatever the case, the cop is clearly in the wrong regardless and should be charged. Even his partner isnt really defending him at this point.
B

BLM hasn't defended black or brown cops who've murdered people in the past.

I thought about this more last night and ideally, this might be the juggernaut that forces the "Blue Lives Matter" blind sheep that cant recognize that something needs to be done with cop's reactory tendancies. By having a white woman being needlessly murdered especially by the kind of person that the general conservative law enforcement supporters are programmed to hate (black Muslim), this might finally get some work done on the importance of body cams at all times, proper and more thorough training, etc. This cop will probably take the fall hard from a criminal standpoint as well since Yanez ran free.

I hope Black Lives Matter take up the side of the victim here too as that would go a long way to legitimize their cause as not so much a racially charged focus, but the charge of community injustice here once again. That's what they really should stand for, not so much that its just blacks getting wronged, but people as a whole.

This is all wishful thinking though as I think the reality is that the racial and Islamaphobic tendancies of this community will once again come out more than the actual face value injustice that occured. It probably will get twisted by the Blue Lives Matter supporters that its not so much that the police force needs better training and accountability, etc, but that this officer already had a chip on his shoulder because he's who he is (again, a black Muslim) or something ridiculous like that.
B

Ann Coulter‏Verified account
@AnnCoulter
I don't believe Hurricane Harvey is God's punishment for Houston electing a lesbian mayor. But that is more credible than "climate change."

Staff member
No ones been feeding ann lately I guess.

Ann Coulter‏Verified account @AnnCoulter
Oh stop pretending this is about letting "families" keep more of their money. HALF OF AMERICANS DON'T PAY TAXES! This is for Wall Street.

Former Democratic presidential nominee Hillary Clinton is blaming Sen. Bernie Sanders (I-Vt.) for doing “lasting damage” to her campaign and “paving the way” for President Shitbag’s attack against her as “Crooked Hillary.”

According to excerpts of Clinton’s new campaign tell-all book, “What Happened,” Clinton claims that she wanted to fight back against Sanders’s characterization of her as beholden to corporate influence but that then-President Obama and others advised her to stay quiet.

“Throughout the primaries, every time I wanted to hit back against Bernie’s attacks, I was told to restrain myself,” Clinton writes. “Noting that his plans didn’t add up, that they would inevitably mean raising taxes on middle-class families, or that they were little more than a pipe-dream — all of this could be used to reinforce his argument that I wasn’t a true progressive. My team kept reminding me that we didn’t want to alienate Bernie’s supporters. President Obama urged me to grit my teeth and lay off Bernie as much as I could. I felt like I was in a straitjacket.”

Clinton ripped Sanders’s supporters — the so-called "Bernie Bros" — claiming that some of the attacks against her were “sexist” and arguing that Sanders’s attacks against her for raking in tens of millions of dollars for paid corporate speeches made it impossible for her to appeal to progressives during the general election campaign.

"Some of his supporters, the so-called Bernie Bros, took to harassing my supporters online,” Clinton writes. “It got ugly and more than a little sexist.

"When I finally challenged Bernie during a debate to name a single time I changed a position or a vote because of a financial contribution, he couldn't come up with anything," Clinton wrote. "Nonetheless, his attacks caused lasting damage, making it harder to unify progressives in the general election and paving the way for Shitbag's 'Crooked Hillary' campaign."

In post-election interviews, Clinton has blamed her shocking loss on Russian interference, former FBI Director James Comey’s handling of the criminal investigation into her private email server and latent sexism.

She has been criticized for refusing to take responsibility for her campaign’s shortcomings.

Clinton’s latest explanation for why she lost — blaming Sanders and his supporters — will reopen old wounds from the bitter primary between the two.

Sanders’s enthusiastic base of supporters has long felt that establishment Democrats, led by the Democratic National Committee, conspired against them to give Clinton the nomination. They say they’ve been treated as interlopers by Democrats, who didn’t take them into the fold and so failed to capitalize on their grass-roots energy.

According to the latest Harvard-Harris Poll survey, Sanders is the most popular active politician in the nation, at 54 percent favorable and 36 percent unfavorable. Clinton’s favorability has not improved in her time out of the spotlight. She remains underwater at 42 percent positive and 53 percent negative.
Click to expand... 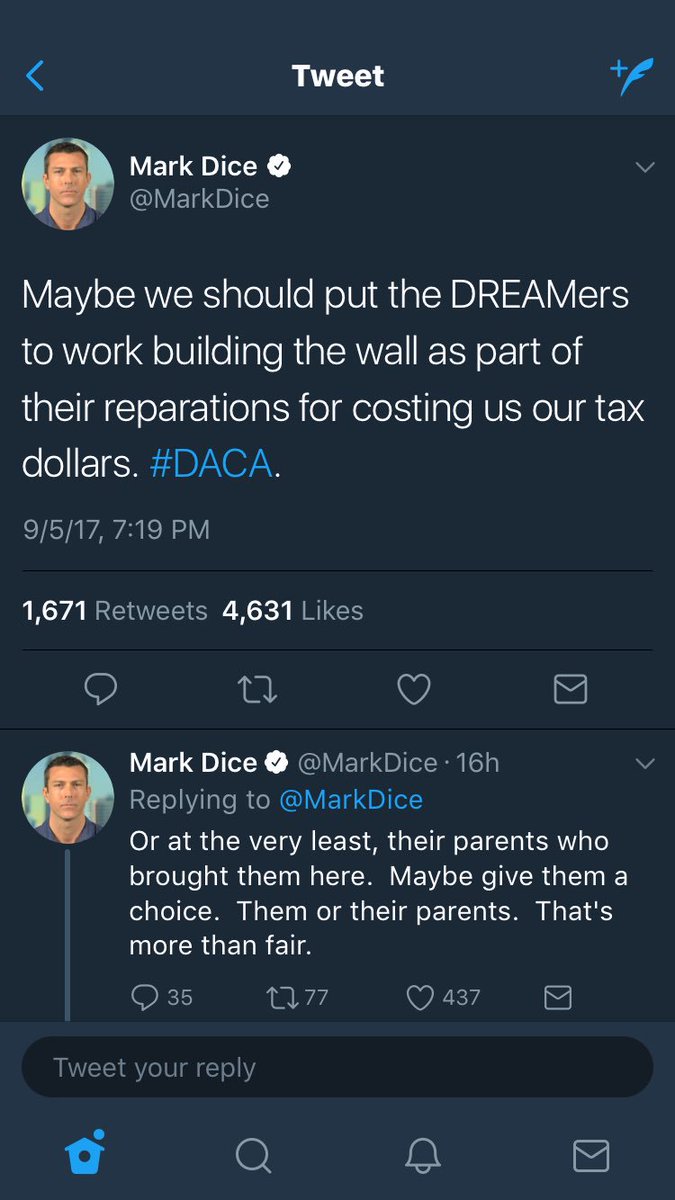