Gotta respect that ride and die “Championship or Bust” mentality

About a mile and a half from my house sits a historical marker commemorating the 1919 Baltimore Mine Tunnel Disaster. Ninety two miners were killed.

I learned yesterday that one of the miners killed was John McCloskey. McCloskey pitched briefly for the Philadelphia Phillies in 1906-07. He ended up playing for the local Wilkes-Barre Barons from 1910-12 and played on two pennant winning teams there. 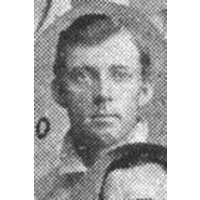 Torturing myself by watching the Packers get boot stomped by the Cowboys in the 94 Playoffs. At around 21:20 Brett Favre gets a holding call against him for grabbing Charles Haley after Haley deflected Brett's pass.

Bob Feller came up in a podcast. 1936 he comes to the majors as a 17 year old kid. Feller struck out 76 batters in 62 innings, a K/9 ratio of 11.0. The league average was 3.3. A seventeen year old kid entering his senior year of high school striking out batters three times the rate of the league average. There was only one pitcher in the American League whose K/9 was even HALF as good as Feller's!

Last night was the first time ever that there was a no-hitter thrown in MLB and a 50-point game in the NBA on the same night. 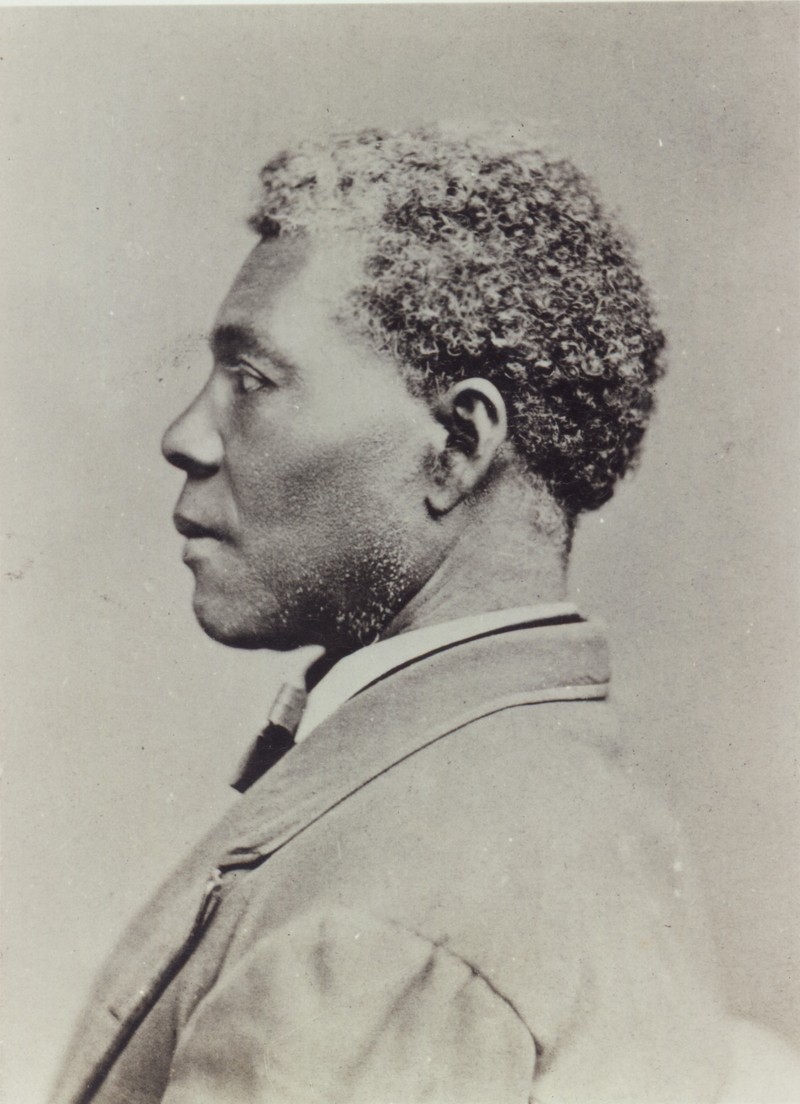 Archer Alexander (c. 1810 or 1815 – December 8, 1879) was a formerly enslaved person who served as the model for the emancipated slave in the Emancipation Memorial (1876) located in Lincoln Park in Washington, D.C.[

Who is the worst hitter in baseball history? We all know it's some schlub who got one plate appearance and probably struck out. But it's more fun to find a batter who did it over a long stretch. Consider Dean Chance. Star pitcher of the 1960s, won a Cy Young with the Angels. As a batter, he came to the plate 759 times, a little more than a full season's worth of at bats for a positional player. His stats, 662 at bats, 44 hits, 2 doubles, 16 RBIs, 30 walks, 420 strikeouts. Chance struck out in over half his plate appearances. Chance also has the lowest OPS for any hitter with 600+ plate appearances, a meager .183.

The 1945 Philadelphia Phillies compiled a record of 46-108. A .299 winning percentage. In post-1901 baseball that's the 23rd worst ever. But this is during World War II. The talent pool was decimated. Going through the roster, most of the team is utterly unknown with the few names being players at the end of their careers. Most of the roster was gone from the majors in 1946, the eight Opening Day position players combined for an 0.2 WAR the next season. Given the reduced caliber of competition, I think they might have a case for the worst team of all time.

Past the Ricky Williams stuff everyone knows, this video actually has a lot of fun tidbits.

Tbh I would have assumed that organ playing at baseball games was something that started a lot earlier than 1941. There really was no noise or music to mask the sounds of Ty Cobb ragefully beating up disabled hecklers?

Staff member
Some neat little 'What Could Have Been' NFL Draft tidbits...

"Sometimes the best trades are the ones you don't make. In 2000, Newsome listened to overtures from the Jets and Green Bay Packers for the fifth pick (the Ravens owned the fifth and 10th picks). Ron Wolf, the retired general manager of the Packers, wanted to beat the Chicago Bears, picking ninth, to linebacker Brian Urlacher.

Neither offer satisfied Newsome, who took running back Jamal Lewis instead. Nine months later, the Ravens were in the Super Bowl, in large part due to Lewis' contribution."

-------------------
[1990 NFL Draft] "Tex Schramm was informing James Francis the Cowboys had a deal in place to move up to the 13th overall selection in order for Dallas to select the Baylor All-America linebacker to help anchor their young defense.

"They were telling me that I was their guy and that they had made the trade with the Kansas City Chiefs,' said Francis, whose older brother, Ron, was on the Dallas roster. All of a sudden, I looked up at the TV and saw that the Bengals had picked me. Tex then told me, ‘it looks like you’re a Bengal now,’ wished me luck and then moved on.”

Prompted to dive back into the Sporting News archive, trying to find details on Satchel Paige and minor league working agreements. The Miami Marlins employed Paige their first three seasons as an International League club in the 1950s. The Marlins had a working agreement with the Phillies, but Paige was not a Phillie minor leaguer. Teams could supplement the players the big clubs sent with their own, as they did here. Mentions in the Sporting News that other teams showed interest in using Paige, but Paige stayed in Miami.

November 17. In Puerto Rico, Clemente is hitting .390, tied for second in the league. Tommy Lasorda won his third game.

December 1. Clemente drafted by the Pittsburgh Pirates in the Rule 5 draft. The Sporting News notes Clemente was unrestricted because his bonus was higher than $4,000. Damn rule technicalities. "Clemente was no. 1 on the lists of four or five major league teams," said Branch Rickey Jr.

There's various stories of why the Dodgers left Clemente unprotected. I think they would have needed to protect him on the 40-man and they were certainly a team in a win now situation. A team like that can't afford to spend many roster spots on prospects. But I'm intrigued by the idea that if the Pirates and Rickey didn't bite, another team would have.

Spencer Turnbull's no hitter was the eighth in Tigers history. I thought that was low but the Browns/O's have eight as well and the Twins/Senators have seven. Kluber was only the 11th no-hitter in Yankees history. Anyway, the Tigers are one of only five* teams who had a pitcher throw two in the same season. Virgil Trucks threw two no-hitters in 1952. In a third game, he allowed a leadoff hitter and then gave up no more hits. His record for that season was 5-19.

Let's Talk "The Shot Heard 'Round the World"

One aspect of that moment that is not brought up much is the choice of Branca to come in and pitch to Thomson. That Don Newcombe gassed is obvious. He pitched 23 innings in five days, he started that game on two days rest from pitching 5 2/3 innings in relief and a complete game shutout the day beore that. The Dodgers had lefty Preacher Roe but he would have needed to pitch to three righties. Thomson, Willie Mays and catcher Wes Westrum. Clem Labine pitched a complete game the day before. Then you have Clyde King or Carl Erskine on two days rest. Both probably not as good as Branca but at least they're fresh.

Bill James talked about Branca's homer prone tendencies. Branca was hit hard at the Polo Grounds, his HR/9 ratio there was 1.9. He was a homer prone pitcher in front of a short porch. But it seems to me you either bring in a lesser (but slightly more rested) pitcher, or you bring in a lefty to face three righties. The bigger problem was probably that the Dodgers had to play a 14 inning must win game on Sunday and IMMEDIATELY had to play three in a row against the Giants. They ran out of gas.

That Dodgers/Phillies game, btw. The Dodgers fell behind 6-1 after three innings, in Philadelphia. They won it in fourteen. Jackie Robinson made a game saving catch in the twelvth and homered in the fourteenth. Robin Roberts had pitched eight innings the day before. The Phils brought him back in relief and he pitched 6 2/3 innings. This is their 25 year old ace in a meaningless game for the Phils. It's kind of insane.

If the Clippers went undefeated for the the 8 years, they would still be below .500 all-time.

Went looking through newspapers.com for contemporary coverage of the Babe Ruth trade. The untold part of the story was that Ruth was actively engaged in a holdout with Red Sox management, demanding a raise from $10,000 (he was entering year two of a three year contract) to $20,000. Ruth received what I would consider a strongly negative reaction, with scofflaws that he could make a career beyond baseball.

The Bengals didn't use the pick though. They gave it to the Pats. Then the first guy they drafted didn't even sign with them and went to Denver instead.

Stunned to find out that Ted Williams didn't even win the AL MVP the year that he hit .406.

It's only cause that's the season Joe DiMaggio had his 56 game hitting streak so he won. Yeesh. Talk about a tight MVP race.

King Kamala said:
Stunned to find out that Ted Williams didn't even win the AL MVP the year that he hit .406.

It's only cause that's the season Joe DiMaggio had his 56 game hitting streak so he won. Yeesh. Talk about a tight MVP race.
Click to expand...

While browsing the Sporting News looking up the '71 Phillies I found a fun note. The Phillies are converting 3B Bob Boone to catcher. The reason is they figure their current third baseman has the job locked up for years to come. That player of course was Don Money.

Seeing Brandon Jennings at courtside of Game 6 being treated like a Milwaukee Bucks Legend and I thought "He really doesn't seem that old. He seems like he could still be a veteran bench guy."