Mental Illness is a major problem.

Gun Worship is a major problem.

Gun Worship is a Mental Illness.

I know way more about white supremacy than I ever thought I would since 2015.

Can't wait for him to be seen with white or red laces in his shoes.
D

Didn’t realize there were so many Dayton ties on this board. My Dad lives in the Oregon District behind one of the bars. Glad he’s 71 and doesn’t go down there on weekends like he did 10 years ago.

A motorcycle backfire sparked a mini panic in Times Square, because Americans are now conditioned to be living in a war zone.
G

DMann1979 said:
Didn’t realize there were so many Dayton ties on this board. My Dad lives in the Oregon District behind one of the bars. Glad he’s 71 and doesn’t go down there on weekends like he did 10 years ago.
Click to expand...

Yeah I knew there were some Ohio, not necessarily Dayton area. Glad your Dad is OK.

Three more shooting averted in the past week. These people are going to get attention just speaking of plotting them now, these will probably go up even more. Also the continued trend where they all appear troubled in their photographs

I don't go to places like 4chan, 8chan, ATS and whatever ever places where people might feel targeted right now. Are people in these online communities, and conspiracy communities at large freaking out about this "pre-crime" type uptick response to warning signs?

Considering a large and loud % of Trump's base loves the conspiracy theories and Q Anon and "fake news" and all the shit that Trump embraces at his rallies and on twitter....how do they feel about conspiracy theorists and "far right" being considered threats?

How do extreme "patriot movement" far right libertarians feel about Trump's talk about monitoring people, asking tech companies to "pre-crime" identify possible threats, and about opening up sanitariums for people deemed to be "a threat" whatever the fuck that means.

Where are all those loud and proud FEMA CAMPS!!!!! and whatever that big supposed event was that all the preppers freaked about that never happened. Where are all the people claming every shooting was a false flag? Are they still that now? Or is it different?

The response is already present on social media if you know anyone who fancies themselves to be Libertarians. It's all about Red Flag laws and their weapons being taken away. Memes which include people dying still paint the loss of weapon ownership as the real crime.

Why does anyone expect any kind of evolution of policy about this? Guns are a convenient wedge issue with enough ambiguity to muddy societal discourse as "reasonable" people who parrot right-wing talking points will become more entrenched. I hate our Big Dick I'mma Defend Myself society so much.

It's all about making you buy something. It's the deadliest of the Capitalist Con Games. Individual economic agency must also extend to individual weapon agency, and who doesn't want to get theirs. We want you to be so petrified of personal loss that you'll willingly murder other people for the sake of goods. We'll all talk about you like a hero for killing a robber, don't worry. 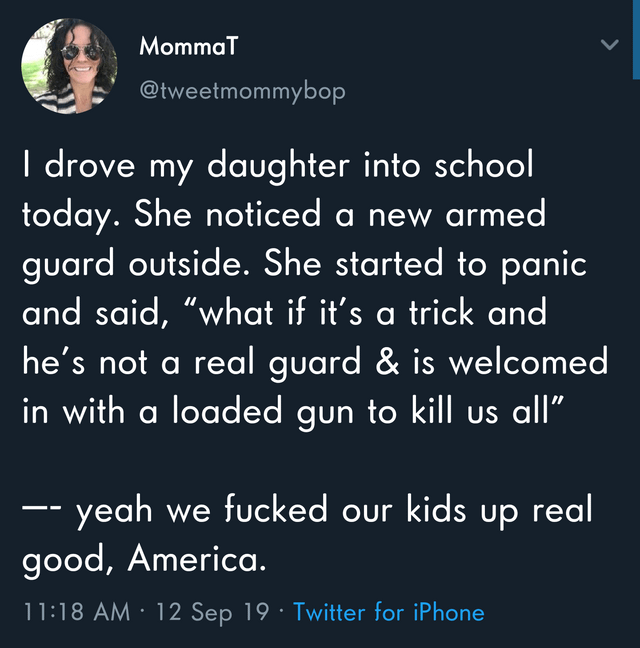 I would buy one of these if I didn't live in a trash country where I would get shot for wearing clothes that I'm not supposed to wear.

The last sentence makes it sound like I live in Iraq.

damn and you live in the cool state too

I like Beto and would buy that if he had a chance in this.

The King of Trash said:
damn and you live in the cool state too
Click to expand...

He lives in one of the least cool parts of the cool state though.

Staff member
Almost, but not quite

tbh, there are like maybe 20 cool cities in the US tops and like maybe 3 entirely cool states. Even the cool states like NY and CA have a lot of trash sections.

Staff member
Yeah. Pretty much anywhere east of where I live is either desert or garbage. Anywhere northeast is mountains or desert. Only cool area south of me is San Diego. Lots of cool areas to the west. 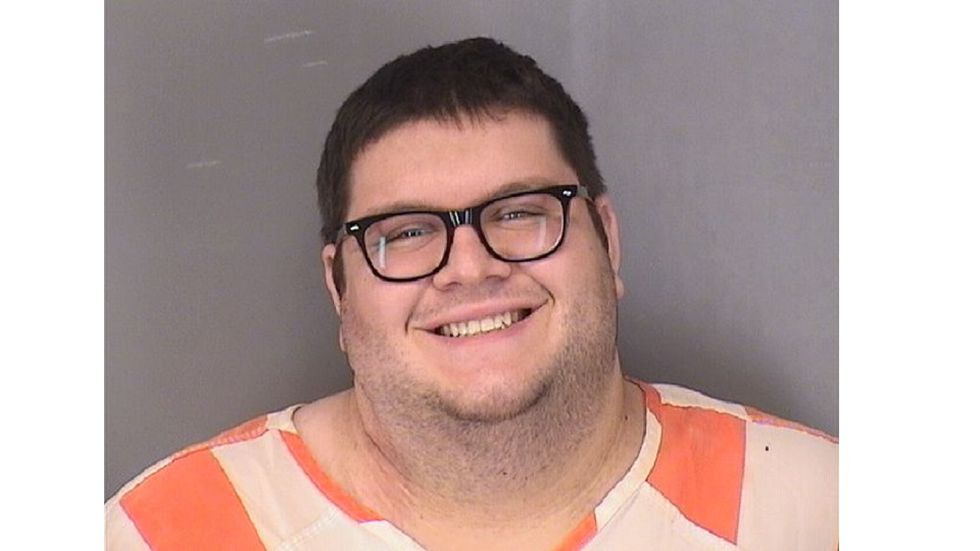 2 dead, 2 wounded in shooting at a Bellevue Sonic; One person in custody

Bellevue Police confirmed two people are dead after a shooting at a Sonic Drive-in Saturday night. It happened just before 9:30 p.m.