This is the kind of marketing stupid I can get behind. 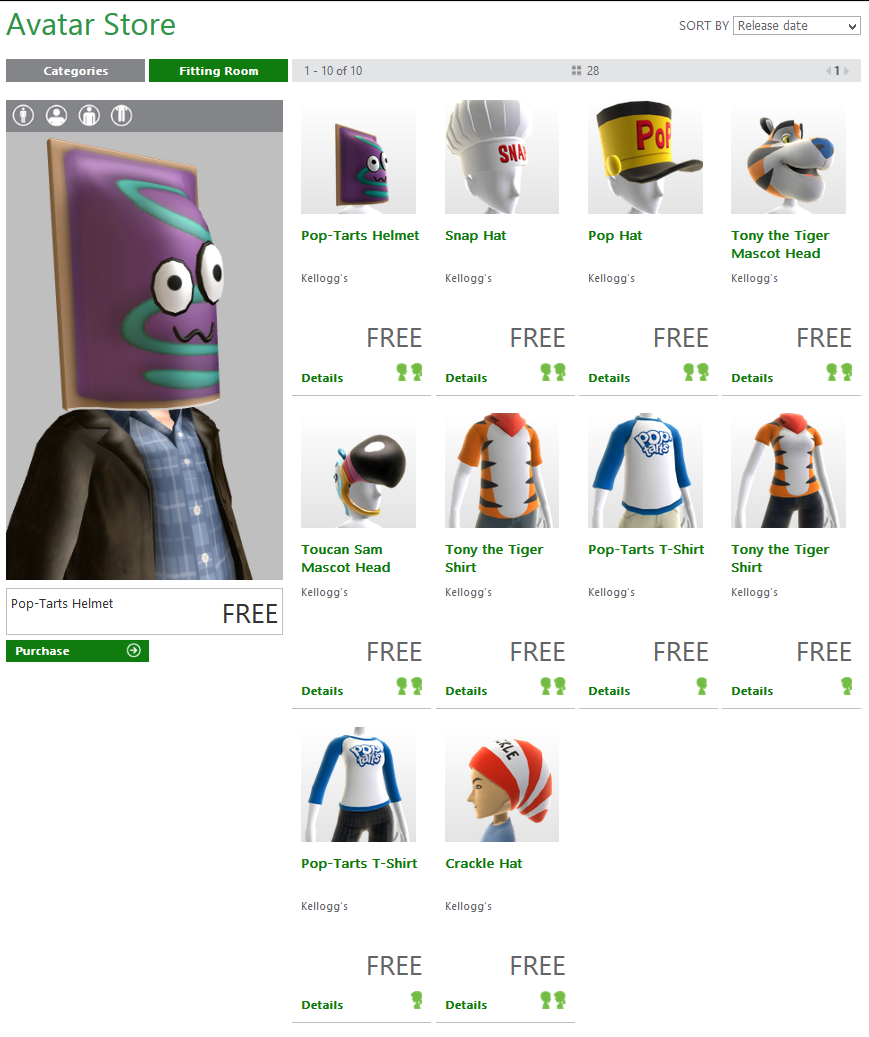 I got a One S with Gears 4 for Christmas. I swear this thing downloaded at half the speed something downloads on my PS4.

Scalebound has been cancelled.

Anyone else playing Dead Rising 4? Fun game. Super glitchy though

I had one glitch early in the game that was super frustrating, but it eventually went away and I haven't had any since. I need to get back to it though, I got to the second area outside the mall and got kinda bored with it. People complain all over the internet about how its not "true Dead Rising" because they got rid of the time limit and the escort missions but fuck em I'm glad that shit's gone. It was really annoying and made me rage quit DR1 a couple months ago.

I'm glad the time limit crap is gone. Can explore now. I miss the psychopath fights. The maniacs just aren't the same

That was weak. The Lovers game (which is fun) was free a couple months ago anyway

I don't think Lovers in a Dangerous Spacetime has ever been free, unless I missed a PC giveaway or something.

I promise you I downloaded the game for free a while ago. I saw it on slickdeals I'm sure.

AnonymousBroccoli said:
I don't think Lovers in a Dangerous Spacetime has ever been free, unless I missed a PC giveaway or something.
Click to expand...

Just remembered. It came free with the purchase of an xbox live card on Black Friday at Walmart. So it was free, but not in the way I was remebering. Fun game

Zenimax came back with a direct response: http://www.gamasutra.com/view/news/290678/Zenimax_vs_Oculus_Carmack_denies_allegations_slams_expert_analysis.php

"In addition to expert testimony finding both literal and non-literal copying, Oculus programmers themselves admitted using Zenimax’s copyrighted code (one saying he cut and pasted it into the Oculus SDK), and [Oculus VR co-founder] Brendan Iribe, in writing, requested a license for the 'source code shared by Carmack' they needed for the Oculus Rift. Not surprisingly, the jury found Zenimax code copyrights were infringed. The Oculus Rift was built on a foundation of Zenimax technology."

"As for the denial of wiping, the Court’s independent expert found 92 percent of Carmack’s hard drive was wiped—all data was permanently destroyed, right after Carmack got notice of the lawsuit, and that his affidavit denying the wiping was false. Those are the hard facts."
Click to expand...

Pretty interesting case all in all. Hopefully a good chunk of that settlement goes toward the Elder Scrolls VI.

GTA IV and Episodes are playable on Xbox One now.

Xbox Game Pass is coming this spring. Access to "over 100 games"—cycling in and out—for $10/month.

This is definitely the first year I wish I had a PS4 because​ XBox has had nothing exclusive to speak of while PS4 has Yakuza, Horizon and Switch has Zelda. I really hope E3 brings news of titles I want to play because I may end up getting a Switch or PS4 in the fall instead.

KingPK said:
This is definitely the first year I wish I had a PS4 because​ XBox has had nothing exclusive to speak of while PS4 has Yakuza, Horizon and Switch has Zelda. I really hope E3 brings news of titles I want to play because I may end up getting a Switch or PS4 in the fall instead.
Click to expand...

Yeah. I bought the One because I loved my 360. Wish I would have saved the money. Other than Dead Rising 3 (fun) and 4 (total mess) there's nothing exclusive here for me. Sony is killing Microsoft with exclusives. Thankfully I have a PS4 (gift). I would have hated being all in on XB1
K

The backwards compatibility is really nice to have, but I've only bought one 2017 release so far (ME: Andromeda) and it feels like I've missed out on a really good gaming year so far since it's the only platform I own.

I thought that backwards compatibility would be a big deal for me. But I found that I just don't revisit games after I finish them anymore. Just no time.

There's a handful of games I never played (Forza Horizon 1), so I like BC. I have more BC games than current gen.
K

Anybody play Cuphead yet? It might make me actually turn on my XBone for something other than a PPV again. I can't believe they're releasing basically a new console with one whole new game (Forza 7) to support it. I can't think of one other exclusive now that Crackdown got pushed.
D

Does anyone do XBox Game Pass? Is it worth it?

I haven't done the Xbox Pass but if it is anything like the EA Access, as I think it is, seems worth it. I have had EA Access for a few years and pleased with the $30/year for that.

If you want to try Game Pass, it's $1 for 1 month, for the next week or so. The current list of games is down the page here: