When do they usually announce times for division series games?

Semi-educated guess- perhaps after the Wild Card Game when they determine how long the winners of those games will have to travel? 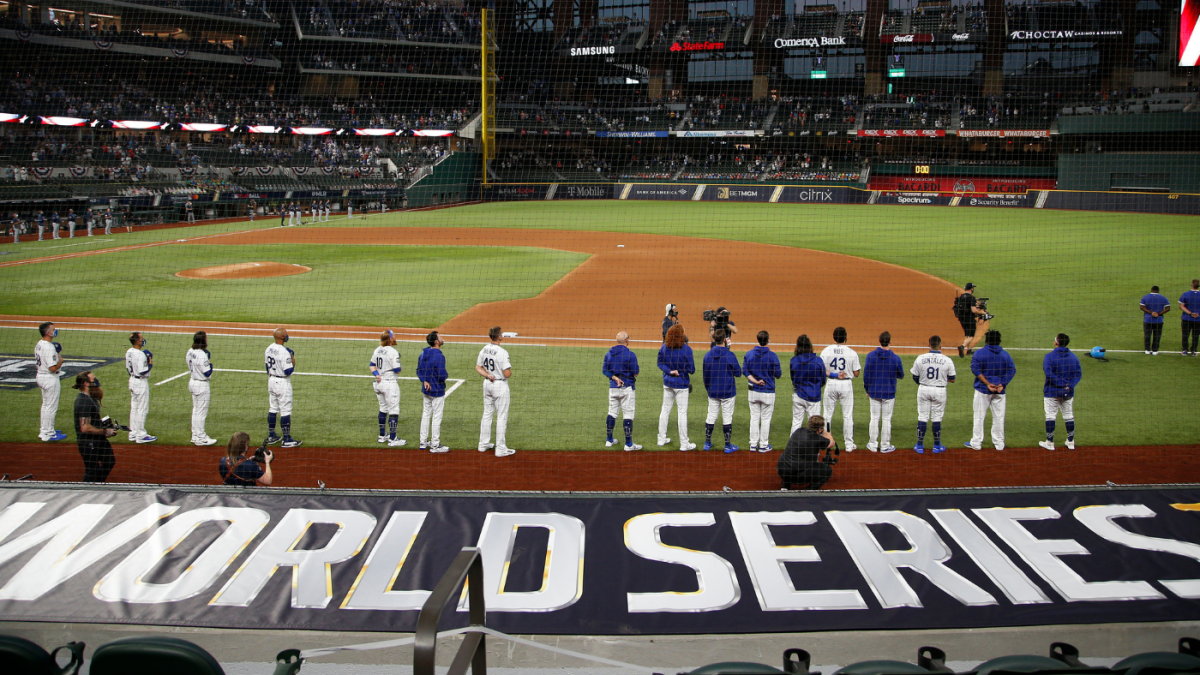 Times announced through Game 3s of the divisionals.
B

Oh hey, the Astros are once again the early game on the ALDS docket. I'm shocked I tell you, shocked!

Broward83 said:
Oh hey, the Astros are once again the early game on the ALDS docket. I'm shocked I tell you, shocked!
Click to expand...

You’re better off. I’m not staying up until midnight for this.

Got my Aaron Boone jersey on for you my dude!

There was a time when a Red Sox/Yankees playoff generated several pages. This one generated...two pregame posts and zero during the game itself. And there's not much to say except that the Yankees paid $324 million for Gerrit Cole.

This had to have been the least dramatic Red Sox-Yankees playoff game in a long time maybe ever? Definitely the least dramatic one game playoff. There's been bigger routs (Game 3 and Game 7 of the '04 ALCS immediately come to mind) but they were wrapped up in dramatic series.

Given the unpredictable nature of the Red Sox this season, I'm very surprised but far from disappointed that it was as easy of a win as it was.

Now it's off to get swept by Tampa, I suppose.

Phil Nevin took the chance for drama away with that horrible, no good, very bad send.
S

Yeah it's still weird to have the Yankees lose so matter of factly like last night. I'm still conditioned to think of them as soulless, non caring dream killers. I kept waiting for them to comeback last night and then I realized those Yankees are gone now

alkeiper said:
There was a time when a Red Sox/Yankees playoff generated several pages. This one generated...two pregame posts and zero during the game itself. And there's not much to say except that the Yankees paid $324 million for Gerrit Cole.
Click to expand...

I think the fact it was just 1 game didn't really help it to be honest. If it had been even just 3 games, the stakes may've felt higher.

There’s not much to say other than same shit from the Yankees. Getting eliminated isn’t a big deal but losing to the Red Sox in Fenway sucks balls.

cpac said:
THIS IS WHAT HAPPENS YOU PIECE OF SHIT RIVERA WHEN YOU WALK A FUCKING homosexual LIKE MILLAR TO LEAD OFF THE NINTH. YOU FUCKING BUM. I LOVE HOW THE RED SOX ACTED LIKE THEY WON THE WORLD SERIES AFTER THAT HOMERUN. FUCK YOU RIVERA.
Click to expand...

cpac said:
I WANT TORRE FIRED, CASHMAN FIRED, KEVIN BROWN AND VASQUEZ HAVE GOT TO GO. THEY ARE BOTH GUTLESS PUSSIES. I WILL BE SMILING WHEN THAT STUPID RETARD IN TORRE FINALLY GETS FIRED. FUCK ALL OF YOU.
Click to expand...

cpac said:
I WANT STEINBRENNER TO FIRE THE COMPLETE FRONT OFFICE, FUCK YOU CASHMAN, I WANT TORRE AND ALL OF HIS COACHES FIRED EXCEPT FOR MATTINGLY. TO THINK THAT MATTINGLY COMES SO CLOSE TO GOING TO THE WORLD SERIES FOR THE FIRST TIME AND THIS TEAM OF GUTLESS PUSSIES CHOKES TO THE FUCKING BOSTON. FUCK BOSTON AND FUCK EVERY SINGLE YANKEE FOR EMBARASSING THE TEAM AND THE PINSTRIPES AND THE CITY.
Click to expand...

The one fucking time I root for the Cardinals..
H

Thank you Dodgers. GO RAYS (this is a legit rooting interest, not at all meant to antagonize @Kamala The Simp).
B

Hopefully today starts the exorcism of 2005 and we can sweep the White Sox in this series.

An epic series and a Hank Aaron series and that's just the NL! Sweet, sweet October.

www.cnbc.com
BUT NO ONE CARES ABOUT RED SOX-YANKEES ANYMORE!

White Sox need pre sticky ban Giolito tomorrow. And he’s had flashes of that since the ban and post All Star Game. If we can get out of Houston tied 1-1I’d still call it 50-50 (Fucking Lance Lynn should never have started AT Houston given his track record, even if he’s been our best pitcher all season not named Carols Rodon), but if we lose tomorrow it’s over. Ideally if it goes 5 games you start Gio again on regular rest. Can’t trust Lynn in Houston. Go Old Dunk LaRussa Young White Sox.
B

What the Astros are gonna continue to do all post season:

Staff member
Rays smoked the Red Sox in game 1 and Arozarena stealing home was great.
B

I need the Sawks to get it together and knock off the Rays. That team is legitimately the only team I'm scared of and the fact that Arozarena hasn't slumped is worrisome

So much for Rays-Sox being a uncompetitive series. At least in the way we expected.
B