Just Burnes and Woodruff but they are 2nd & 3rd 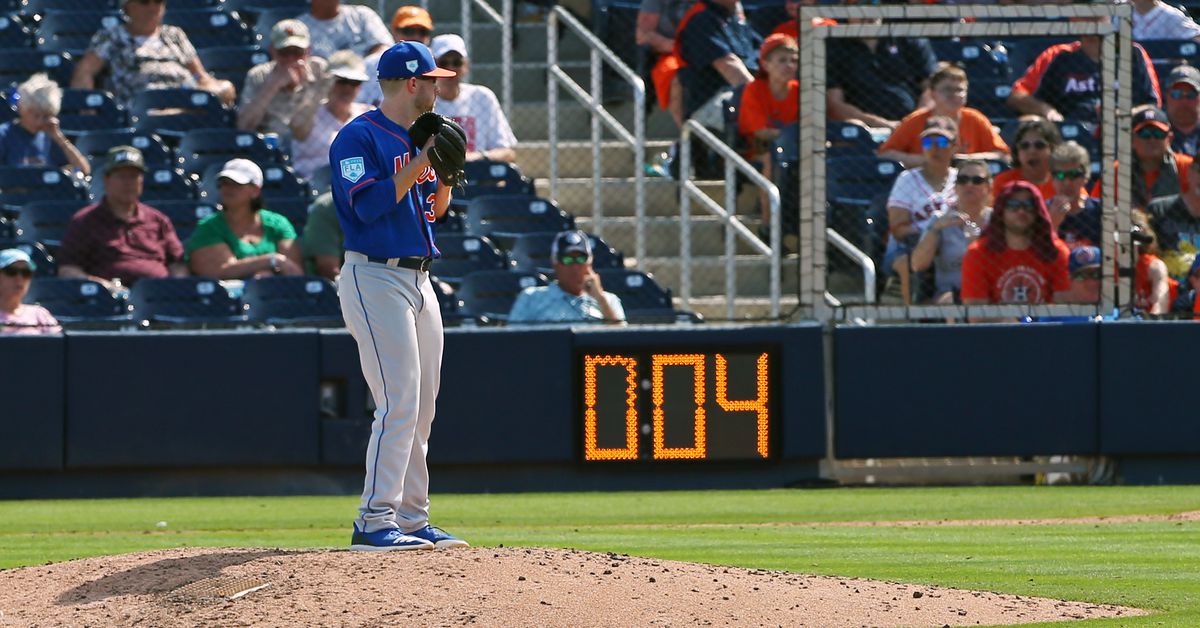 This likely gets some of them closer to being instituted in MLB games.

Ohtani told the Los Angeles Times that unless the Angels become competitive, he'll start looking towards taking his talents elsewhere.

Has there ever been a sports organization that's blown having TWO once in a generation level talents like the Angels? I know there's been plenty of teams to have multiple generational talents that didn't win championships but at least they got to the point of competing for championships (or at least a championship). Angels have won zero playoff games since Mike Trout debuted ten years ago. Not series...GAMES! They've only had above .500 seasons four times in his career (and zero since Ohtani debuted)
Last edited: Sep 30, 2021

Staff member
They started sucking when they ditched the Anaheim from their name... I'm not saying anything but just pointing that out there

The Angels also have never been a really "power hitting" club so when the pitching fell off a cliff, they didn't have the offense to keep pace and win games in that manner. Most of their best HR hitter seasons have sat in that 25-35 HR area and usually it was 1 maybe 2 players on the club who would achieve that going back to the 90s.

Los Angeles Angels of Anaheim in Orange County, California just feel like caffeine free Mets. It's just weird no one's flipping out about this but their fanbase makes St. Louis Cardinals crowds look like rottweilers with rabies.

The reigning NL Rookie of the Year and Reliever of the Year was critical to Milwaukee's World Series hopes.

Has there ever been a sports organization that's blown having TWO once in a generation level talents like the Angels? I know there's been plenty of teams to have multiple generational talents that didn't win championships but at least they got to the point of competing for championships (or at least a championship). Angels have won zero playoff games since Mike Trout debuted ten years ago. Not series...GAMES! They've only had above .500 seasons four times in his career (and zero since Ohtani debuted)
Click to expand...

Epically blowing the '69 NL pennant still seems more relevant than anything Angels have done in the last ten years.

The San Francisco Giants have 104 wins and they’re the only division leader yet to clinch.

Dodgers came back to win last night so the Giants still haven't wrapped up the division.

And, somehow, Westby Wisconsin's own Scott Servais and the Mariners are still in it.

Rays are pounding the NY Yankees right now. If they lose today and Red Sox can beat the Nats today and tomorrow, then the Red Sox will host the Wild Card play-in game on Tuesday. Unfortunately, Red Sox rotation seems held together by spit and chewed up spearmint gum rn. Between this and TB12's return to Foxboro tomorrow, it's hard for me to think of a more ulcer inducing New England sports weekend.
S

The Mariners losing last night was huge. The Yankees would (most likely) be playing for their lives tomorrow if that didn't happen

Red Sox are the de facto leaders because they have a head to head edge against the Yankees. Both teams make the playoffs (specifically the one game wild card) with a win. Still a shot for a three or four way tie.

is there still any scenario where we get a Game 163 with Toronto or Seattle playing AL East #3 team with the winner facing AL East 2nd place team, @alkeiper ? I saw something like that on Reddit earlier this weekend. (Sorry @cobainwasmurdered )

Staff member
bro you make like 200 posts a day. i'm ok with you sharing the wealth.

I'm not sure it'll quite live up to the hype of the last couple weeks if it just ends up being Boston and New York.

Staff member
The 4th place team in the AL East is going to have at least 90 wins.

Kamala The Simp said:
is there still any scenario where we get a Game 163 with Toronto or Seattle playing AL East #3 team with the winner facing AL East 2nd place team, @alkeiper ? I saw something like that on Reddit earlier this weekend. (Sorry @cobainwasmurdered )
Click to expand...

I read on the MLB Reddit (I'll try to make it up to 225 posts tomorrow to make it for mentioning them twice today, CWM) that some Angels fans are rooting for the Mariners cause they hate the Red Sox and don't want them to make the playoffs...

Unless you're 45 years and older and have memories of the 1986 ALCS, the heck did the Red Sox ever do? I know Boston beat them in ALDS in '04 and '08 but those weren't bitter, contentious series. Maybe they're still mad that Bill Simmons called them out for being dorks. Or they're all 45 years and older. Or realistically, they're 45+ years old and hate read Bill Simmons.
H

Have some bad news for you, everyone hates the Red Sox.

The Mariners are rarely ever in play for a post season appearance that a division rival isn’t going to get that rankled about.

The Red Sox are the Cardinals of the American League, sorry @Kamala The Simp.

They have several decades worth of cheating and steroid abuse while simultaneously whining and complaining about every intricate detail that is “unfair”?

I don't think it's fair to call us the Cardinals of the AL.

Speaking of the Mariners playoff woes, I loved this fun factoid

You were the Yankees little brother. For a long time. But not since 2004. Cardinals of the AL since the end of the Bambino curse. It's best not to take that personally, though, the new reputation was made by ownership, players, management, and the noxious Boston fanbase (I hope know you're not a part of that).

*edited out a casual accusation of racism and that was wrong/dumb
Last edited: Oct 3, 2021

snuffbox said:
(I hope you're not a part of that).
Click to expand...

GO JUMP IN A LAKE!

Sorry. I should've said "assumed" instead of "hope." I don't think you are part of that, @Kamala The Simp

Before people talk about how toxic New England sports fans, please realize we've spent our entire lives trying to delude ourselves into thinking a decaying, clusterfuck of a city with some of the shittiest people north of the Mason-Dixon Line is one of the great cities of North America even though the majority of us were raised and/or live 50 to 200 miles or more outside of that city.

I know all too well how it feels to have the badness of others build an undeserved reputation for others. Get that a lot up here in Wisconsin. There's a couple Mainers in politics I don't like. When I think of Vermont I think of Newhart and that's good. It sucks that shitty people get so much attention that it affects everyone else in a great big radius.