NBA Offseason 2020: Things Are Boylen Over

I like it. I was a little more interested in Wes Unseld Jr and The Heat assistant Dan Craig, but Donovan was one of my favorites of the more experienced names.

Staff member
Lirl fuck I was hoping they'd keep him. 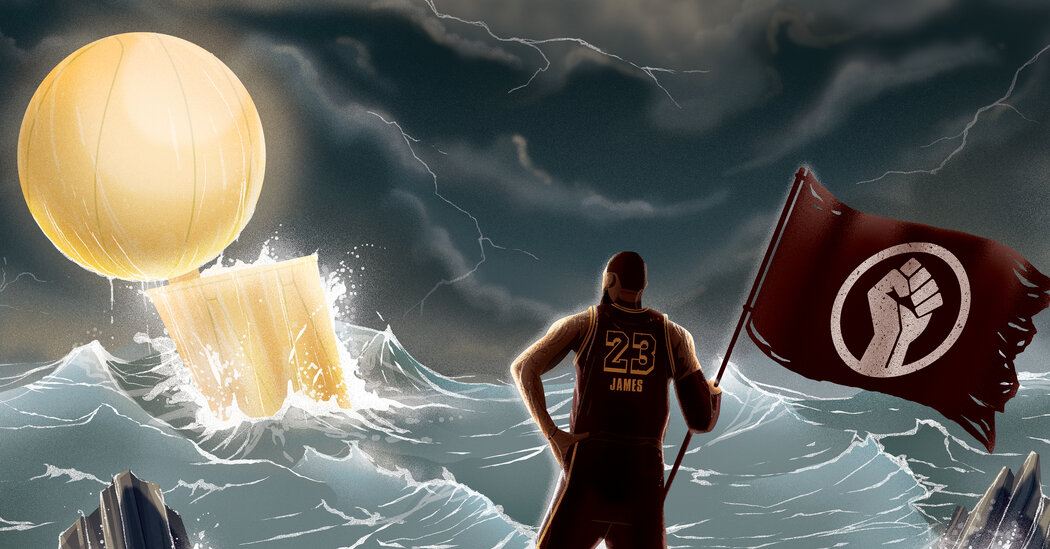 ‘One of the Worst, Strangest Years’: An N.B.A. Season Like No Other

Coronavirus and conflict, protest and mourning: Five people tell what they learned about basketball, and themselves, in a turbulent season that changed the N.B.A.

www.nytimes.com
Great article on the weirdest NBA season ever.

And we still haven't had the Finals. More weird stuff could happen!

Holy shit the notoriously cheap Jerry Reinsdorf is letting Billy Donovan fire the entire assistant staff of the Jim Boylen/Fred Hoiberg days and pick all new people eating the money needed. Jerry has to know his rep has taken a beating since The Last Dance and is finally acting like an actual owner of this team. I don't even care if they miss the playoffs next year, I'm just excited The Reinsdorfs are starting to finally clear out all the kronyism that has been going on since the Krause era. Maybe they will finally hire more than one person to do analytics. This is the most I've been excited about the Bulls since the Rose ACL tear, because they are finally starting to run things like a big market. Ownership and the front office has treated Chicago like it had the budget of The Utah Jazz for nearly 40 years, and I didn't actually think there would be major changes to that until The Reinsdorfs sold the team.
Last edited: Oct 12, 2020

Staff member
Danilo Gallinari did an interview where he said it was time for him to ring chase. I take that to mean money doesn't matter that much at this point for him. I don't think he really fits on the Lakers even though they have a slot and a lot of people would make that natural conclusion, but he really fits in Toronto. The one thing they don't have is a scoring wing player. I think a move or two could put Toronto back over the top out East.

Stan Van Gundy is in New Orleans to meet about the Pelicans HC job, per Woj.

Staff member
Lakers are trying hard to trade for Derrick Rose again. Time for Rose to win that title.

Dude put up some of his best numbers in year before Covid ended everything. I think his assist numbers and assist rate were the best since his MVP year so he would be lethal as a bench guard for the Lakers.

Stan Van Gundy is the new HC for the New Orleans Pelicans.
B

Whelp, Morey let people know he was leaving during interviews with potential HCs. We're gonna wind up with fuckin SVG or John Lucas as our new HC while Tilman continues to use the Rockets to prop up his shitty restaurants and casinos.

https://twitter.com/i/web/status/1319686635081158663
This seems like a bad idea to start season so soon after last one ended. Seems like we would see a huge increase in injuries.But then again a third of teams won’t have played in almost a year so idk.

King Kamala said:
https://twitter.com/i/web/status/1319686635081158663
This seems like a bad idea to start season so soon after last one ended. Seems like we would see a huge increase in injuries.But then again a third of teams won’t have played in almost a year so idk.
Click to expand...

Seems like they could at least give them the holidays with their families before restarting but I guess Christmas-day games are part of "pleasing the league's TV partners."

I honestly had forgotten the Summer Olympics are happening next summer (supposedly). I honestly don't see anybody good wanting to go to Tokyo to play for Team USA after how GD crazy last two years have been but maybe I'm wrong?

The Nets are going to be such a glorious train wreck, can't wait!