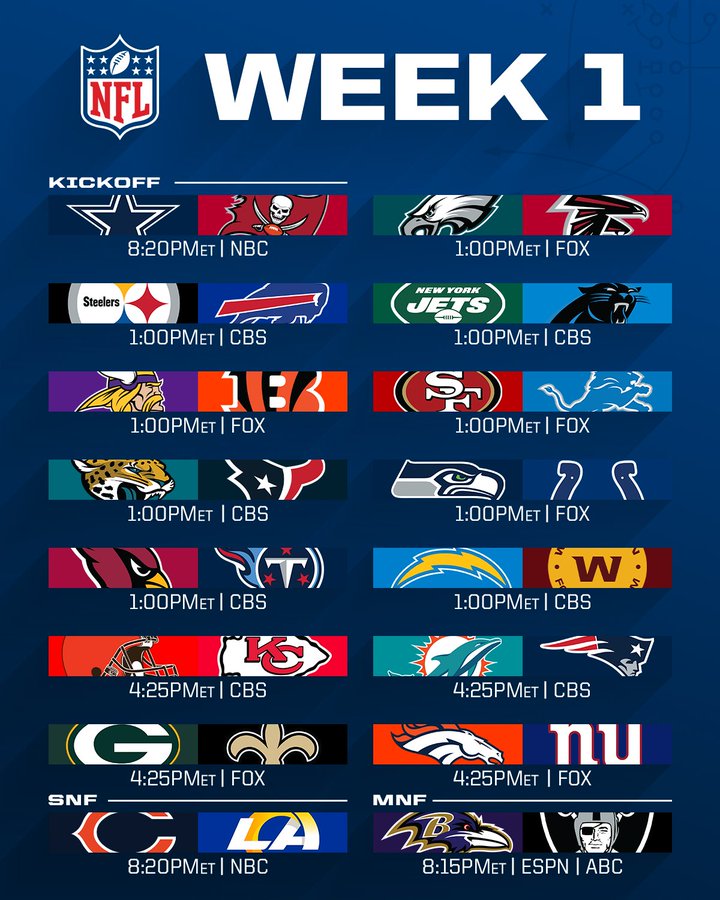 5 Important Questions
#1: Who is your NFL MVP?
#2: Who are your Offensive & Defensive Rookies of the Year?
#3: Who is your Team MVP? Team Breakout Player?
#4: Who wins Coach of the Year?
#5: What does your team need to do to win the Super Bowl? What about getting the #1 Pick?

Staff member
#1: Who is your NFL MVP?
I'm going to go with Dak Prescott. I think he'll be asked to carry the Cowboys on his back this season and he'll be forced to throw to try and keep them in games. I could see a 5,000+ 30+ TD type season. The dark horse is Josh Allen if he can improve upon last season's numbers.

#2: Who are your Offensive & Defensive Rookies of the Year?
Offensive ROY: RB Najee Harris. I'm tempted to go with a QB but I feel like the Steelers will be winning games and Harris will be a bellcow stud. Runner up = QB Zach Wilson as he does his best Justin Herbert impression.
Defensive ROY: LB Micah Parsons. Just seems like a dude who'll be flying around the field making tackles and big plays. Runner up = CB Patrick Surtain II. Will be on the field a lot in Denver and I could easily see him finishing with 70 tackles and 5-7 INT as teams test him.

#3: Who is your Team MVP? Team Breakout Player?
Team MVP = LB D'onta Hightower. Just having him back this season will make that defense much tougher against the run.
Team Breakout = S Kyle Dugger. An athletic freak not unlike Jamie Collins. Coaches are super high on him and he could be a playmaker in helping replacing Chung on the backend.

#4: Who wins Coach of the Year?
I'll go with Matt Rhule in Carolina. Struggled in his first year going 5-11 but has a better offense with a healthy McCaffrey. I could see that team going 10-6 and making the playoffs getting him consideration.

#5: What does your team need to do to win the Super Bowl? What about getting the #1 Pick?
Mac Jones becomes 2003 Tom Brady. Damien Harris transforms into 2004 Corey Dillon and the WRs/TEs make the offense a nightmare to matchup against. The defense morphs back into 2019 when they allowed 225 points (3rd lowest in franchise history) and the secondary just feasts.

To get the #1 pick, Mac gets injured and Brian Hoyer starts 13 games. The RBs and TEs are an injured mess and the WRs vastly underwhelm, calling to mind the 2005 Reche Caldwell season. The defense gets hammered with injuries and teams just mercilessly run the ball down the throats of the Patriots while passing enough to dominate the TOP. The special teams tank hard in all facets and Quinn gets cut mid-season for Nick Folk. 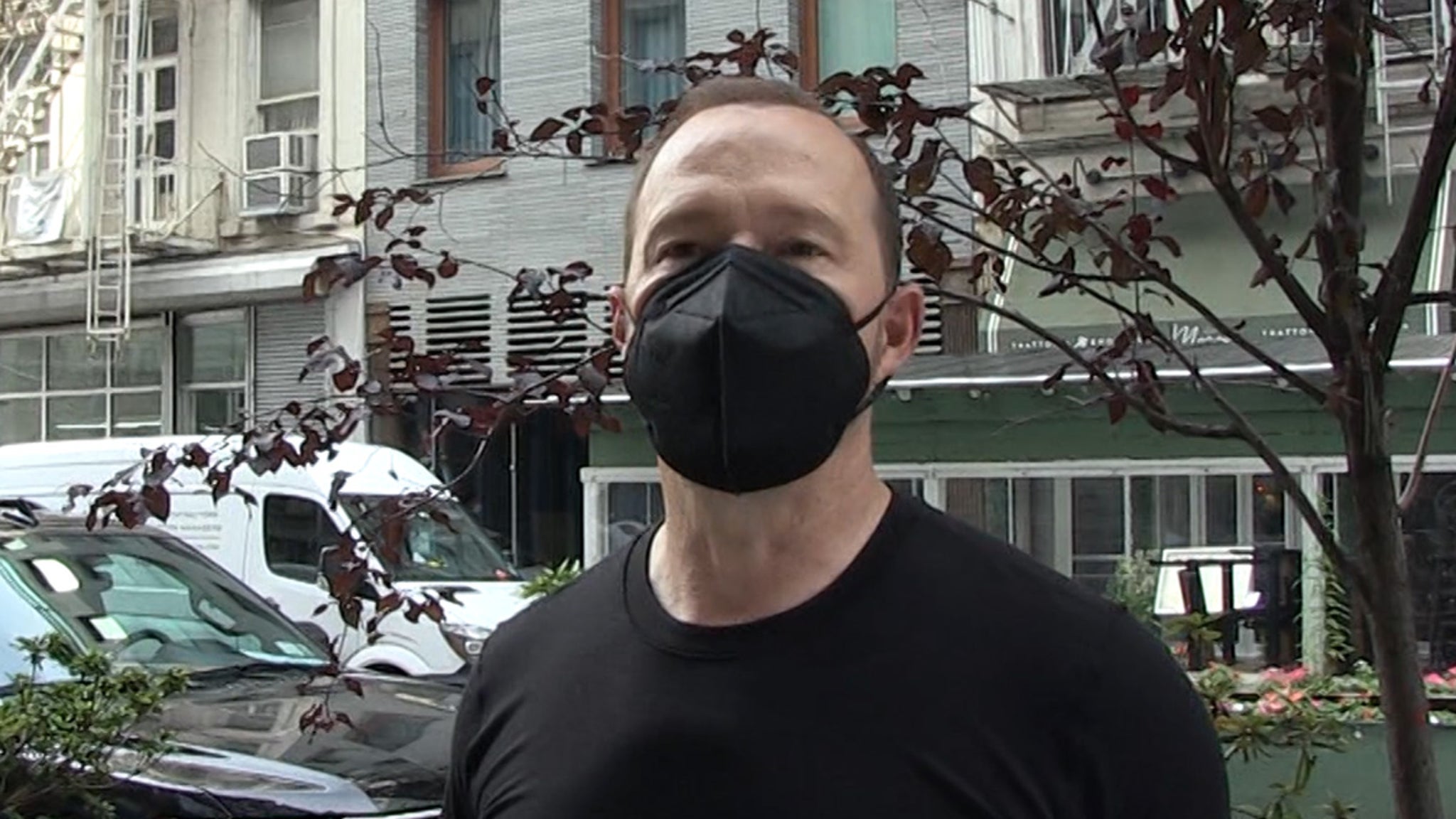 Donnie Wahlberg says he thought Cam Newton would have gotten his Patriots to the Super Bowl this season.

www.tmz.com
Idk if there's going to be a bigger surprise this NFL season than Donnie Wahlberg being bummed that Cam Newton got cut.

Staff member
Zack Martin tested positive and he's out for Thursday night's game. Cowboys are gonna get manhandled by the Buccaneers defense.

Staff member
Ravens backfield quickly getting decimated as Justice Hill tore his Achilles and is out for the season.

Good Sunday of action on Green Bay TV. We're apparently getting Steelers vs Bills @ noon followed by the Pack attack.

Steelers have been my #2 team since they played Dallas in SB 30. My buddy who is joining me for Game Day loves him some Bills since the K-Gun offence was all the rage.

I have PIT/BUF on CBS and PHI/ATL on FOX as my early games with Patriots as the late CBS game and GB/NO on FOX.
A

The Bills being Super Bowl contenders has officially booted the Jets from priority TV coverage in my area. I get PIT/BUF instead of NYJ/CAR, but I'll stream the latter. Happy to get MIA/NE as my late game.


Jets thoughts heading into the year:

I’ll predict 5 wins. It’s a very young roster, and with one glaring exception, it feels like the team probably got better at every position group. They’re clearly the worst team in the division, so they’ll be lucky to pick up a win there. For the first time in a very long time, I think there may be more concern over the defense—specifically at corner—than the offense. Their CB group includes all first and second year players, all drafted from round 5 or later… on top of having cut their most experienced CB this past week. I don’t know if Darnold will have long-term success in Carolina, but I expect him and Robby Anderson to have huge games this Sunday against this secondary. Part of the reason losing Carl Lawson was so devastating was that you hoped that he (and Quinnen Williams) would be able to generate enough of a pass rush to force quick throws, instead of the corners having to hold their coverage for too long.

All that said, I'll state the obvious and say that this season is a success if Zach Wilson can show himself to be a franchise QB in the making. His preseason has been promising, but it’s safe to say there will be bumps in the regular season. He’s already set up for more success than Darnold ever was, as the GM has already started investing in the o-line and providing weapons. Excited to see Elijah Moore at WR, who the beat reporters have been raving about all summer. Corey Davis seems to have established a connection with Zach early, so hopefully that carries over when opposed by the starting defenses. What encourages me about his signing is that, for once, the team invested in a FA who may actually have his best years ahead of him instead of behind, as he’s consistently gotten better each year in the league so far.

On coaching, I liked the Gase hire at the time, so maybe this means nothing, but I’ve got a good feeling about Saleh, based on listening to him in pressers, mic’d up practices, etc. It’s also nice that his OC seems to be running a modern NFL offense that may actually play to the QB’s strengths. For comparison, neither of Sam Darnold’s Jets OC’s is in the league any longer.

TL,DR:
The Jets are still far away from the playoffs. Excited to see if Zach Wilson can be the guy, and to watch a lot of the young players around him. If Zach shows enough progress, then this year was a success.

Okay, seriously, what the hell is going on over there? I mean what in the hell? /Kevin Bacon in Tremors

Le'Veon Bell and Trenton Cannon should be getting the fuck outta dodge right now.

Also CB Marcus Peters may be out for the year with a knee injury suffered right before Edwards' so god damn Baltimore.

Staff member
Great way to kick off the season although you just knew Brady was gonna march Tampa Bay right down the field with that much time left.

Anyway, best of luck to Cam on his upcoming season in the Indoor Football League.
S

Why no Monday Night doubleheader for week 1 like usual?

They decided to do a Saturday doubleheader on the last week instead.
A

Hope Zach Wilson got used to running for his life this afternoon, because it looks like he’ll be doing a lot of it all season. Sacked six times, hit about a dozen more. For all the effort the Jets have put into rebuilding their offensive line the last year or two, it was atrocious today, before and after Mekhi Becton was carted off with a knee injury.

Staff member
As long as Wilson makes it out of this first year without getting hurt I think he'll be beast mode.
Z

Crappy game from the Bills today. That 4th down call was something else.

The Giants are still the same exact shitty team they've been the last 5 or so years. Same tired shit. Awful.

I'm thinking maybe would have taken that trade offer.

Rodgers should've been able to stop at least a couple of Rapey McRape's touchdowns. Smh.
S

Why did the Bears get the week 1 Sunday Night game? I know they made the playoffs last year but they have Andy Dalton at qb and are super boring to watch regardless
H

strummer said:
Why did the Bears get the week 1 Sunday Night game? I know they made the playoffs last year but they have Andy Dalton at qb and are super boring to watch regardless
Click to expand...

Market. They have a very large fan base that will watch this game. It’s why the giants have always gotten spotlight games despite Eli.

On one hand, I put money on them winning by 7+ so I walk away with nothing but you know what, I'll take a Dolphins win over the Pats (in Foxboro) any day of the week.

strummer said:
The Giants are still the same exact shitty team they've been the last 5 or so years. Same tired shit. Awful.
Click to expand...