Well XBL on switch has been expected to be announced for weeks now. No idea in what capacity but I’m all for it.

I’m glad I got the original when I did. Taking it on trips for mario kart tournis whenever is the best thing ever.
K

I hope it's still janky and barely functional. If it suddenly becomes a smooth and competent video game, it'll lose a lot of the charm the first one had.
B

Im again addicted the Super Mario World. 2019 and its still one off if not the best platformer for generations.

I think I'm going to buy the Switch with the better battery life. I wanted to get the Lite but I honestly don't think I'd take out the house that often. Also, I've heard a lot of games run better docked.

I bought a Switch off of Amazon. It's my first Nintendo system since the Wii. Amazon had a deal where you get a $25 Amazon gift card for buying it. When I get the card, I'll buy a game.

Edit: Amazon had Smash Brothers for $50 new, so I bought it. It will come on the same day as the Switch.

My Switch arrived today. I got to admit it feels comfortable in my hands. I put Smash Bros in the system and it said it needed update. I put the system in sleep mode and the download didn't work. It stopped and started a few times. I wish it told you how big the updates are.

Smash updated. I am really impressed by the graphics and playing on the JoyCons are great. I'm dissapointed there are no trophies because I liked collecting them in the previous games.

Thrasher said:
My Switch arrived today. I got to admit it feels comfortable in my hands. I put Smash Bros in the system and it said it needed update. I put the system in sleep mode and the download didn't work. It stopped and started a few times. I wish it told you how big the updates are.

Smash updated. I am really impressed by the graphics and playing on the JoyCons are great. I'm dissapointed there are no trophies because I liked collecting them in the previous games.
Click to expand...

There are some milestones here and there, so there's that at least.

I bought Dragon Quest off the eShop. I had no idea it was the mobile port, so the animations are janky. I'm fighting monsters that look like they belong in a RPG Maker game. 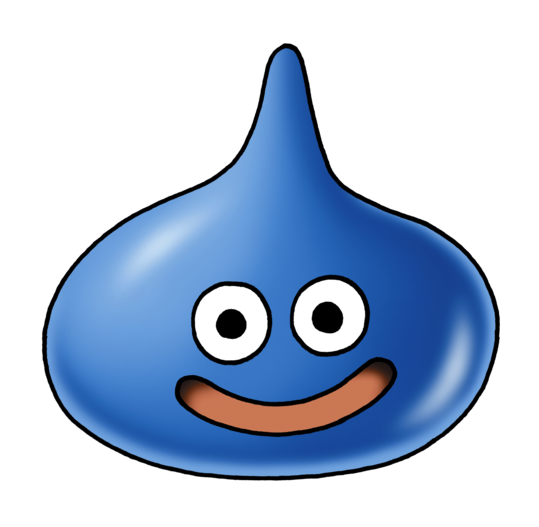 I spent my $25 Amazon card on Breath of the Wild.

Staff member
I don't understand. Did you not now what Dragon Quest slimes look like?

I played the original NES game. I thought I was getting something better than a mobile port with this bland pixel art. 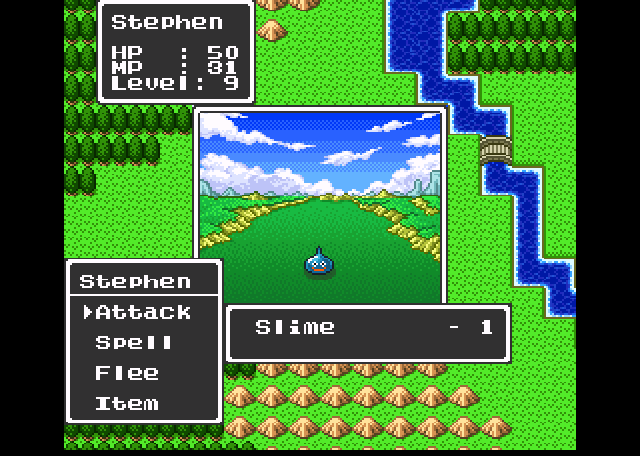 Anyway the trophies I mention were these:
https://www.ssbwiki.com/Trophy

I got Breath of the Wild and I really like it. There's some voice acting in the beginning of it and it's a bit jarring cause Nintendo isn't know for that. I beat the first shrine.

I've been spending my time playing Breath of the Wild. I feel like weapons break at inappropriate times. Also it's so frustrating trying to find shrines. I beat several shrines and decided to go after my first Divine Beast. I needed to watch a video to make it through Vah Ruta. Beating Waterblight Ganon was easy but good weapon broke. I kept shooting arrows at him to finish him. Also I keep throwing my weapons instead of pressing the bow and arrow button.

According to the play log, I've played Breath of the Wild for 35+ hours. Getting my money's worth.

I have trouble completing the shrines when you have to rotate the controller. I feel like it's not moving in the right direction.

Getting Mrs. SFH a Switch for Christmas. It will be her first ever system that is for "her" and not just playing a prior partner, friend or one of my systems.

She's into comic books, anime, Disney, Harry Potter, Star Wars, sports so pretty much it's a wide open field on genres for games, but what's the GOOD shit to start off with? She likes the Mario universe characters so I'm thinking Mario Kart, Party, or similar as a starter game in Mario. The Lego Harry Potter is really cheap but I don't know if that's due to being shitty or on the market for so long.

My sis strongly encourages the Pikachu game as the both of them are on and off in the Pokemon Go thing (I literally drove her to play in the cemetery where most of my family is buried because there were a bunch popping of Pokemons up on the map). Sis also suggested Smash Brothers (see prior paragraph).

I've considered getting her one of the Mortal Kombat games, but I feel like it'd be a better experience for the PS4 and she really only played MK vs. DC Universe back in PS3 days once.

Anyway, Christmas is less than a month away, help me out, please. I've never had to video game shop for another person before.
K

All the games you mentioned are good choices. The LEGO Potter games came out towards the end of the movies but they rereleased them a year or so ago. If she's playing alone I'd probably get Mario Odyssey but if you think she'll play with others then Mario Kart and Smash Bros are pretty great multiplayer choices.

She'll be out of state for a two week class for work, so at least initially, she's going to need some good solo games. Our best friend couple also has a switch, so assuming the hotel has decent wifi she might be able to do some online gaming with them while there.

She's acknowledged this is a win win present (I had to get permission to make such a large purchase because, budgets - the games are the surprise) because if it doesn't click with her, she knows it'll not be a wasted purchase with me in the house. I don't want this to turn into Homer buys Marge a bowling ball, though.

I've hooked her up on my SNES to play Link to the Past and she got so frustrated (she didn't grow up with games) early on, so I need to be smart. We WERE playing the hell out of one of the Lego Marvel games until we got to a level that even with a youtube tutorial we couldn't get past, so we gave up on it. We also have some Star Wars game for her and a Batman game that both seem to be too advanced for her currently.

Appreciate the feedback. I think it is going to come down to which Nintendo first party properties are going to appeal to her the most...and Harry Potter. I've looked at some of the 3rd party games and dear lord.

I just got New Super Mario Bros. If she likes the 2D platforming games from NES era, she'd probably like it.

She's liking it so far (she insisted on opening it up early). She bought some RPG with cute kittens called "Swat Kitties" for like $4 and its the most user unfriendly thing I've ever seen in my life. So I had to caution her about Nintendo's tendency to license out garbage games to garbage companies and to not be so impulsive based on cover art. First time ownership woes she's going to have to learn.

She expressed a strong interest in both Mario Kart and Smash Bros. switch versions, so THANKFULLY I have some direction on things to wrap for under our theoretical tree.

I also went ahead and set up my own profile (SW-3389-4129-2794) on there b/c I saw NES and SNES emulators were available and I suddenly feel less of a need to hack my old Wii (that I've been putting off going on two months now).

I picked up the Mega Man X Collection for the Switch at Target. MMX 1-4 is a cartridge and 5-8 had download code. That's lazy on Capcom's part. Also, I wish it was the other way around cause I wouldn't have to carry around 1-4 cartridge.

It's not lazy so much as cheap. Moving 5-8 to a download allowed them to use a 4GB card rather than a more expensive 16GB card.

I bought Tetris 99 and got a code for Nintendo Online. I like the selection of games for the NES and SNES. I hope N64 games get added. In my first Tetris 99 match, I finished 40th.