Between finding my old copy of We Sold Our Souls For Rock And Roll and fucking around on Youtube, I couldn't believe how much teenage Vale missed. Shameful. I had Paranoid as well but never really listened to it, like actually paid attention and not just as background noise. Hot take as well: "Black Sabbath" is maybe the greatest opening track ever.

As for Ozzy, I still gotta be the guy who thinks Ozzmosis is top three. Personal reasons mostly.

Staff member
There's some awesome live/alternate performances for Black Sabbath beyond the albums out there too.

From 1970 performing "Black Sabbath" You get some fun noodling up until 2:18 when the song starts proper. Ozzy's voice is fantastic too.

I can never explain why I really like Ozzy's vocals. It's just...Ozzy. Same way his dopey crazy face is hilarious.

thought he died when i saw this come up, then i googled 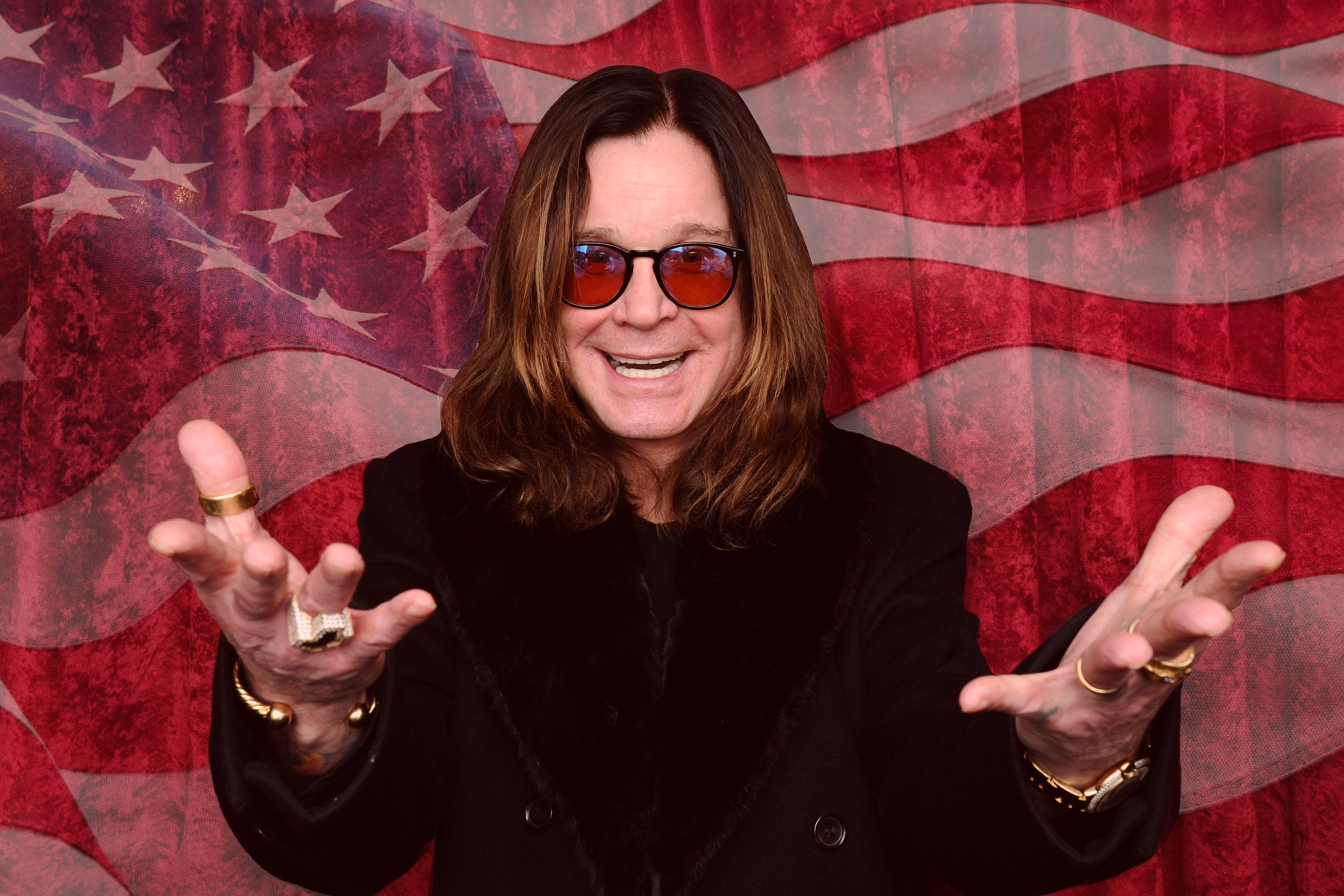 “People got to get with this social distancing and mask-wearing and all that or else it’s never gonna go away,” Prince of Darkness says

Staff member
I will always remember putting on MuchMusic's official metal show "Loud" for the first time when I'd never really listened to anything and the very first video was "Paranoid" by Black Sabbath. One of those 5 or 6 bands that heavily influenced my life by opening me up to a new world of music.

The second video was by Gwar which was a whole different trip.

I was crazy sheltered when it came to a lot of music, so getting Sabbath was big for me. Ozzy I was able to swing because my mom loved the show and he got all humanized. But after years of being told all the "bad" things, Sabbath was extra special because it fucking IS the devil's music. "The Wizard" has got to be a shot at Zeppelin, too.

I had all of Ozzy's solo stuff up until 2001, so I've been drifting around. If Randy Rhoads hadn't gotten killed, Ozzy's life would likely have been much better, even though bloated Ozzy looked like Benny Hill.

My Ozzy was wagon-teetering in that few years before he became a stage prop. Long hair and cool sunglasses, man. And I also just found this

Down to Earth is better than Ozzmosis. Both are a far cry from his classic stuff. I actually don't care too much for Bark at the Moon myself.

It's not as good as Ozzmosis. If it wasn't both during the show's peak and 9/11 I don't know. It lost a lot and felt dated fast. Second Ozzy I ever got, and I think I put "Gets Me Through" on a mix album for a girl once.

I'm going to chime in as I always do in every Sabbath discussion that Born Again is actually good.

The cover for Ultimate Sin is what's up. Those were the days.

Re-listened to Ozzmosis today. The first half of that record is actually really good. May have to give it the edge over Down to Earth.
Last edited: Aug 27, 2020

It's really front loaded, but I love it. Ran across the video for "Perry Mason" a while ago and it's everything I wanted from glasses-era Ozzy.

I'm also going to hot take and say Sabbath is better than Zeppelin. I road the line too much for too many years, but going back I don't know how.

I would say Sabbath's earlier albums were better but Zeppelin had the better later albums.

The age-old debate was whether you preferred Sabbath's first four records over Zeppelin's. I actually did this experiment recently and had to go song-for-song. It was close but I'm going to give the win to Sabbath.

Sabbath just feel like they have more to them than just being a really good band. Just kind of an aura, I guess. Jimmy Page is a fucking great guitarist, Tony Iommi is a robot from hell. Robert Plant wants to fuck women in a Tolkien dreamland, Ozzy wants to get fucked up and sacrifice a goat. I mean, there's just a fucked up aura with Sabbath. Or rather Ozzy-era Sabbath.

Dude. Didn't see this until a day or so ago. Slash and Duff are on point.

I didn't realize how important Ozzy and Sabbath were to me until recently. Snuck up on me as I went back. Ordinary Man looks like he knows it might be his last record.

I don't mind the Lennon stuff or him trying to be a Beatle, but "Dreamer" is certainly a song.

I remember the local classic rock station really hyping "Dreamer" as Ozzy's next big monster ballad hit *and* a mournful post 9/11 anthem in the Fall/Winter of 2001. I guess Neil Young's crappy post 9/11 album hadn't come out yet and they were grasping for straws.

Ah. That was the days when classic rock stations actually still bothered to try and break new songs by classic rock bands into the rotation. They stopped bothered trying around '04/'05 but this isn't the classic rock that fuckin' sucks thread.

Yeah, "Dreamer" is why Down To Earth is always the 9/11 album to me. It was all over the classic rock stations (as was Neil Young's "Let's Roll," so you're totally right. Also the Mellencamp one, while I'm thinking about it) and it just didn't work for me. I tried hard to like it. It's kind of admirable he tried, I suppose, but man. Only person I know who really liked it was my mom and that's probably why I stopped listening for years.

The local classic rock station died when they insisted on wedging Collective Soul into rotation.

“Peaceful World” is Mellencamp’s post 9/11 song, which I sometimes get tripped up with with “Walk Tall”, the song he had Babyface produce for him to try and get back on Top 40 stations (a good 5-10 years stopped playing Babyface).

Of course, they were all wiped out when “The Rising” came out and no one except me, @The Valeyard and early ‘00s classic rock programmers remember them today.

"Peaceful World" also had an advantage of every Mellencamp song more or less the same. On my end they had to have cranked up "Pink Houses" around the same time as well. The Rising was was funny because it got the classic rock play, but the country stations played "Lonesome Day" repeatedly.

"Dreamer" goes on forever. That must be the weakest single Ozzy put out. It's that feeling of knowing someone is passionate about something, but the result just isn't very good.

When talking about the Dio Sabbath years, Heaven & Hell is always solely brought up as the only good thing from that era but after listening to Mob Rules again, it deserves just as much praise. Metallica pretty much lifted the riff from Falling off the Edge of the World for Bleeding Me.

I'm liking what I hear of Mob Rules. I swear the title track is background to a boss fight in an SNES game but I don't remember what. I can hear it in my head, but I might be crazy. Has the knowledge of a Mandela effect made anyone else totally second guess their life?

Anyway, working through Ozzy's cover album and it's not bad. A lot of the songs are too slow, though, and it doesn't feel right. You can play them at 1.25 speed on Youtube and they're at the right level, I noticed, but being mixed down is a real problem I'm having with these later Ozzy albums. You play "Fire" at 1.25, though, it makes you wish this was the early '80s and had Randy Rhoades.

You're not crazy. The Mob Rules was part of Spiderman Maximum Carnage for SNES and Genesis: