Staff member
only thing worse than pineapple on a pizza is chuck taylor. My goal now is to have the aew and pizza threads switch places. 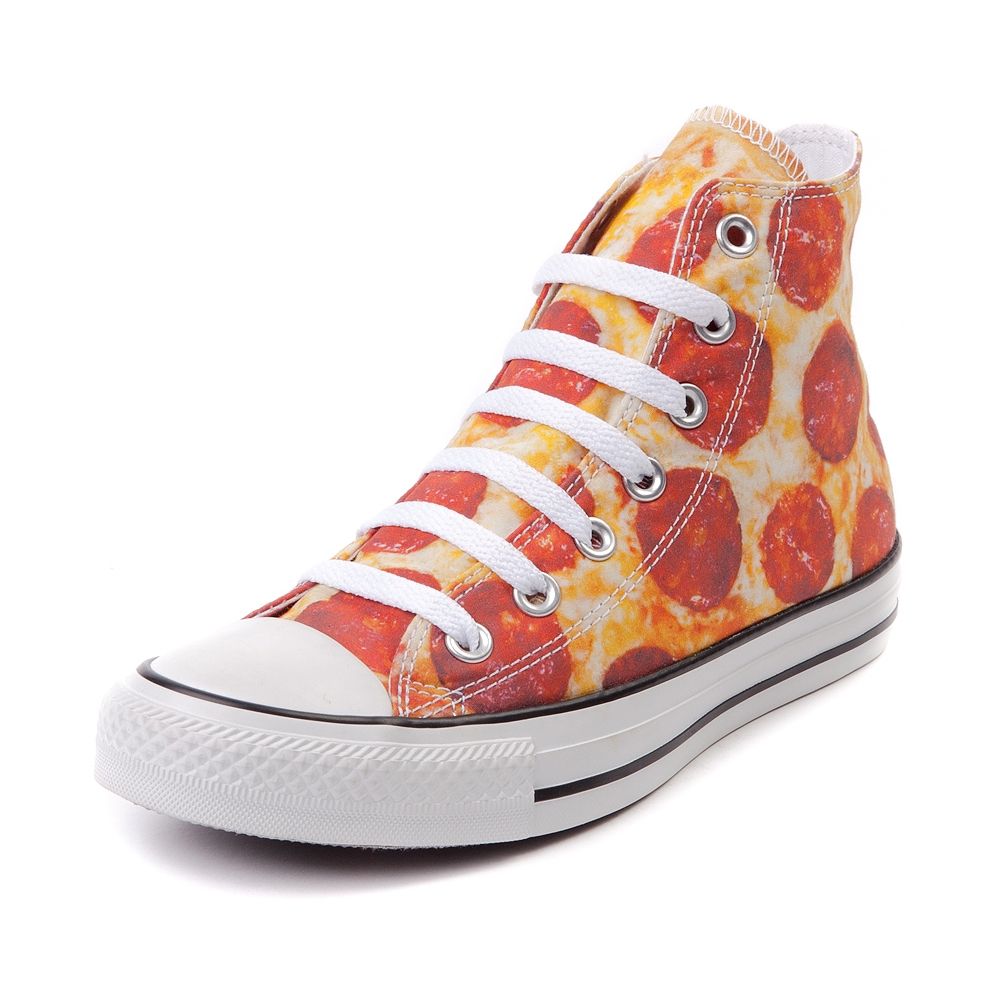 It is funny that we are having the pizza snobbery discussion and my aunt texted me a picture of a pizza she made with Thanksgiving leftovers. Mashed potatoes as “the sauce” and turkey, peas, and pearl onions as toppings.


So now we know where my galaxy brained takes on pizza came from.

Get rid of the peas and I'm so game. Throw some sriracha under the taters, a thin layer of cheese over the top...

Idk how pineapple as a pizza roping is foul but using mashed potatoes as a pizza sauce is fine. The South has changed you!

I used to do mashed potato pizza now and then. Consider it more of a "I'm high and have a ton of leftovers" situation.
B

So what is the go to top two/three toppings we all go for around here?

I usually stick with the tried and true pepperoni and mushroom but will throw in pineapple if I've got a hankerin for it.

Pepperoni, sausage, and jalapeno are my top 3.
B

Fall of Epic said:
Pepperoni, sausage, and jalapeno are my top 3.
Click to expand...

Pizza is one of those things that I enjoy almost every topping on. Conventional ones at least but even some unconventional to an extent. I think the only traditional topping I can say I don’t like are olives. I don’t think I’ve ever had anchovies but I’d be willing to try them.

When I get pizza with family and friends, I’m surrounded by a lot of plain eaters and wind up usually with pepperoni and mushroom. If I’m left to my own devices I will usually do some combination of pepperoni, jalapeño, onion and pineapple.

I will say one underrated pizza topping, in my opinion, is sun-dried tomato. I tried it at one sit-down restaurant, coal oven pizza place and loved it. I have some spare sundried tomatoes from a recent dinner I made, so thinking about doing one of my homemade pizzas again soon and using those up.

Simply mushroom and garlic is one of my favourite combinations.

Baby Shoes said:
That’s fine. I’m probably going to post about Chuck Taylor in this thread in a feeble attempt to not have @cobainwasmurdered think less of me
Click to expand...

Gotta do pepper/onion together, pepperoni can be on its own or in addition to the others.

CW: Me giving opinions about pizza and sex

Pepperoni is one of rare, non controversial examples where something is the most popular option cause it's actually good and it isn't divisive.

Plain is also really good but like vanilla for ice cream or the missionary position for sex, they've been associated with boring, unimaginative people so long that people forget that it's really enjoyable when it's done by someone who knows what they're doing. I've said it here before but if a place doesn't have at least a pretty good plain pizza then their pizza overall is going to be pretty bad.

Baby Shoes said:
I will say one underrated pizza topping, in my opinion, is sun-dried tomato. I tried it at one sit-down restaurant, coal oven pizza place and loved it..
Click to expand...

This and roasted red pepper are definitely under-valued as pizza toppings.

I’m surprised sun dried tomatoes are underrated and unheralded, I’ve been getting them on pizza for like two decades. I guess I’m more bougie than I thought.

The Art of Postin' said:
I’m surprised sun dried tomatoes are underrated and unheralded, I’ve been getting them on pizza for like two decades. I guess I’m more bougie than I thought.
Click to expand...

Well, aside from you just being fancy in general, I think some of it comes down to availability. I think while there are definitely tiers of quality in pizza, many Americans still just go the “fast food” route with pizza. When you look at the two biggest chains of this type in the US, Pizza Hut and Domino’s, neither one even offers sun-dried tomatoes as an option.

I'll have anything but fungus or olives on pizza. Pineapple is tolerable but doesn't belong something invented by Italians.

Pizza, muffuletta, and Italian sandwiches (weird Maine only version not authentic version with capicola or gabigoul) are the only vessels where I don't hate olives. I've grown to tolerate them on salads but vastly prefer no involvement from them in my life. It baffles me that people straight up will eat a jar of olives.

King Kamala said:
Pizza, muffuletta, and Italian sandwiches (weird Maine only version not authentic version with capicola or gabigoul) are the only vessels where I don't hate olives. I've grown to tolerate them on salads but vastly prefer no involvement from them in my life. It baffles me that people straight up will eat a jar of olives.
Click to expand...

I don't particularly like them on their own but olives dominate the taste of anything with them on it. I hate the smell of mushrooms which explains my disdain for that particular topping.

I should specify they're only good on pizza with a similarly salty topping. Pepperoni and olive is great. Olive and mushroom is not great and not a pizza I can share with @AboveAverage484 at the Pizza Party at the TSM Summit in Vegas in 2022.

I've never been a fan of Meatlovers pizza in general but more so the kind you find at most run of the mill places. It's just a lot of not much.

Baby Shoes said:
Well, aside from you just being fancy in general
Click to expand...

Defendant in TSM Pizza Court would like to argue that pineapple on pizza is no less objectionable than cauliflower crust.

Staff member
I like a good cauliflower crust, but Kamala is right.

For my Top Toppings I gotta go with pepperoni and sausage, which is weird because for the longest time I was all "pepperoni, ew", but have since realized the error of my ways. From there it's a big dropoff to the next topping of mushroom, which I wouldn't purposely order but would have no problem chomping down on some if it's already available.

For Hawaiian, gf & I have settled on the pizza needing ham *and* bacon in addition to the pineapple. We make it a point to try Hawaiian pizzas from different places for comparison purposes, and figured out that both ham & bacon tend to make for a better Hawaiian than it having only 1 of those.

As a pizza aside, a friend of my gf organized a "Great New Jersey Pizza Tour" in early 2019 based on the top NJ pizza place in each county as ranked by NJ.com. Basically every month a group of us would would visit a place on the list, order a variety of pizzas, then grade the place to see how our rankings matched up to the "official list". But then COVID came and shut that down roughly half way through the list. Last stop was in Jan 2020, the day Kobe Bryant died. Someone had their phone out and said "I think Kobe Bryant just died", which of course sent everyone else onto their phones for any sign of confirmation.
Last edited: Nov 30, 2020