Been playing catch-up lately after being unable to watch anything the last couple weeks. Like @cobainwasmurdered I've watched zero seconds of BOSJ/WTL so far, but unlike him that will probably stay that way outside of the finals this Friday. WTL has never compelled me, and my distaste with NJ booking lately, the reduced roster and other puro feds better competing for my time lately means BOSJ is mostly off my radar this year.

To that last point, NOAH has had two banger shows the last two weeks (11/22 and this morning), driven primarily by the upper cards, to where they've done a full 180 in the COVID-with-fans era since IMO they had some of the worst fanless shows during the spring (even if admittedly I still get a kick out of the Go/Fujita "trolljob" match). Even excluding that though, Go has been having an all-time run with the GHC belt this year and elevated himself back to the top tier of puro after floundering at a "acceptable but not great" level for the last few years. At this point of the post-COVID era I'd rank the puro feds I watch (i.e. no BJW and not much joshi either) as such:

1) Dragon Gate - the clear best from top-to-bottom, and have set themselves up well for the immediate future with younger guys like Skywalker, Ben-K, Okuda and super rookie Kento Kobune/SBKento
2) DDT/NOAH (tie) - Personally I give the edge to DDT as I enjoy most of the comedy undercard, whereas NOAH's undercard unfortunately is still largely skippable. If I were to recommend them to new fans though I'd steer them away from the DDT comedy at first, so removing that from the equation I rank them about equally based on their uppercard performers (Endo/Sasaki/Takeshita/Ueno/Akito for DDT, Go/Nakajima/Kenoh/Kiyomiya/Sugiura for NOAH)
3) NJPW - I've written enough about why I haven't liked them post-COVID comeback. OTOH at least they're not
4) AJPW - The booker switch from Akiyama to Ishikawa in late 2019 has really brought this company down. They've had a few good matches here and there (as noted in the MOTY thread), and Suwama is still performing well with his dual champion run as Triple Crown and tag champion with Ishikawa, but overall they are the diametric opposite of DG where top-to-bottom I have no idea where this company is going.

Reading recap of the last NOAH show. It looks like 57 year old Keiji Mutoh is going to challenge Go Shiozaki for the GHC Heavyweight Title at NOAH's return to Budokan in February.

Staff member
Mutoh is the smartest man in wrestling. Always lands on his feet.

I don't want to see him main event let alone win but he's a draw compared to what else they have and compared to a lot of the other old guys they use (Kashin for example) he's at least good.

I'm kind of intrigued too and I haven't watched any NOAH in two or three years. MUTOH STILL HAS IT.

Some good stories coming out of today’s NJPW show. The undercard is only 4 matches that are very short, but used to set up things going into WK. The main event between Despy and Hiromu was fantastic.
S

Disappointed but unsurprised about Mutoh as he's the closest thing they could book for a nostalgia draw to help fill Budokan, even though he has little history with the company outside of a few crossover shows over the years when he was with All Japan. If you had to go with the nostaglia run, with the three surviving pillars long retired the only other realistic option would be Akiyama, and my guess is that they likely did ask him and he turned it down. It also makes me wonder what they're going to do for their Korakuen show next month where they're running h2h against WK Night 1 again, though I can understand giving Go a break until then given his two recent long hard fought title defenses over a two week span. As far as I've seen (double checked this morning), no card has been announced for the 1/4 show yet. Assuming they won't have Go defend between now and Budokan, I'd think maybe Kenoh/Sugiura for the National title then, since Sugiura hasn't challenged for it since he lost earlier this year and he does hold a win over Kenoh from the recent N1.

Slayer said:
Disappointed but unsurprised about Mutoh as he's the closest thing they could book for a nostalgia draw to help fill Budokan, even though he has little history with the company outside of a few crossover shows over the years when he was with All Japan. If you had to go with the nostaglia run, with the three surviving pillars long retired the only other realistic option would be Akiyama, and my guess is that they likely did ask him and he turned it down.
Click to expand...

https://twitter.com/i/web/status/1337733814949449728
Your theory about Mutoh main eventing being a last minute ploy to try and fill Budokan seems to supported by the fact that HE ISN'T EVEN ON THE GOT DANG POSTER FOR THE SHOW!

This year’s MVP award goes to Naito, who defeated Kazuchika Okada to win the IWGP Heavyweight and Intercontinental titles at Wrestle Kingdom 14. He held those titles for most of the year, minus a short EVIL run with the titles during the summer.

The Okada/Naito bout from January 5 won Match of the Year. This marks the eighth time Okada has won the award, tying with Kenta Kobashi, The only person who has won the award more times is Genichiro Tenryu with nine.

No winner for the Newcomer award was named.
Click to expand...

Having no award given for newcomer is bs because there are several great guys in Dragon Gate alone as @Slayer could testify.
S

yeah WTF was up with that, feels like a total cop-out

I was happy to Endo get some love though, as well as Go getting his well deserved recognition

The only one I'd (very mildly) disagree with is Tag Team OTY where I would have gone with Violent Giants, whose tag title run over the entire year has been one of the very few high points* for 2020 All Japan.

* Others I would include are the Kento/Suwama TC match from March (which they were incredibly lucky to get in right before the full-on crowd bans) and Susumu's Junior Title run the first half of the year. 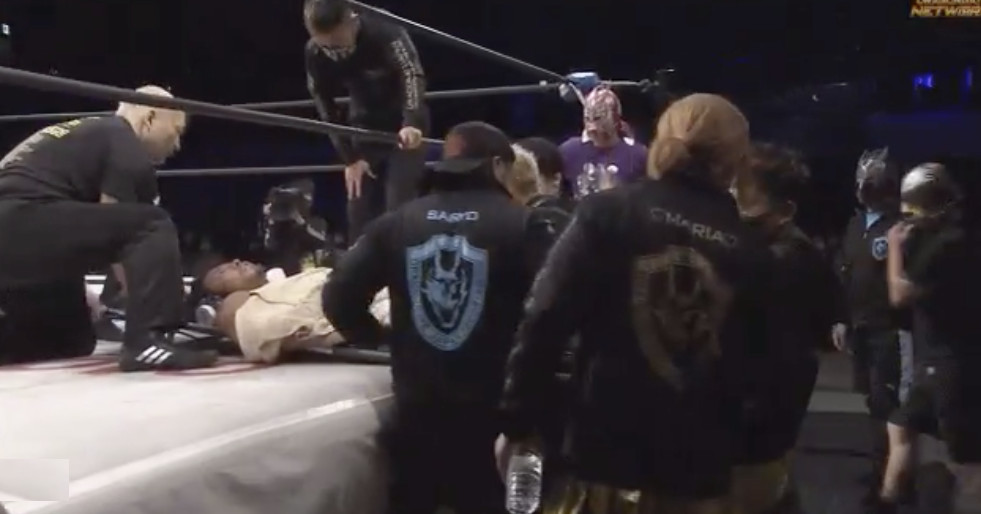 A new low in wrestler concussion safety from Dragon Gate

Ben-K was knocked out by a clothesline, but the match went on even as his opponent landed four moonsaults onto his prone body.

Well this is pretty gross.

Staff member
man that's worse than i expected. Yagi (the ref) really fucked up and he has so much experience that it is completely unacceptable. I can almost forgive the first part where he doesn't stop the standing moonsaults but when he allows the top rope moonsault AND stops the count and has Shun do the full finish? totally out of line.

You can see the ref run to check on him and give the okay for the standing moonsaults. Jesus.

https://twitter.com/i/web/status/1342035787370561537
Dave Meltzer says anytime it's Santa Kobashi coming down the chimney, you're going to have a 5 star Christmas. Presents will look very realistic and have excellent workrate.

Some of those FMW guys who are still around act like they've barely aged. It still amazes me how well Masato Tanaka can move after all the punishment he put himself through.

speaking of NOAH, a year ago on WK night one they ran a banger card at Korakuen h2h against New Japan that included a MOTY between Kaito Kiyomiya and Go Shiozaki that kicked off Go's now year-long GHC reign. Last night they had another Korakuen show running against WK but this time the lineup was kept as a surprise until the night of, and here is the final card that occurred. Maybe it miiiiight have been kinda neat to see Hase return (teen harassment scandal aside...) but if I had forsaken WK for NOAH this year I would have been pissed

They're doing another secret show tonight as well, though at least this one is earlier in the day and should be wrapped up in time for WK

Staff member
really really sad to read about hase. i was always a huge fan of his

Watching New Year's Dash right now. Nothing too notable so far, just a typical cool down show. But the venue they're using for this show Is a really cool change of pace from Korakuen Hall. I'm glad they moved NYD there because having it at Korakuen Hall really feels like TOO much of a cool down after Tokyo Dome.

I might be the only one besides Bad Luck Fale who feels this way but I'm a little disappointed that there wasn't any follow up on Toa Henare eliminating Suzuki from the RANBO and instead we got reminded of the almost year old "Yuya Uemeura wants to fight Suzuki---is he crazy!?" storyline that I think 99% of us forgot.

I didn't watch but I am fucking appalled O Khan got to even touch Tenzan let alone wreck him.

Well I can say New Year's Dash! is worth watching now if you want to see a purple nurple spot in NJPW.

Hey that spot can work, man. Mark Henry would've been a top guy years earlier if he was yankin' nips off fools.

Man, now I am seeing them giving Sexual Chocolate era Mark Henry that move with a highly questionable name like the Hershey Kiss or something.

I love that Tomohiro Ishii has Jay White's number. WWE would never have a random mid-card guy have their top heel's number.

Also is Jay White's contract up soon? Doing back to back clean jobs and all of the announcers talk about him retiring maybe thinks he's headed to greener pastures maybe? If he is a free agent, I'd give him a blank check if I were talent relations for any promotion since he's just about the best heel in the world right now. Or at least right up there in discussion with MJF.

Of course I've yet to watch the main event so maybe he pops up afterward and makes me look like a GD idiot.

Not enough Crunk Dinos in the world to describe how excited I am for Old Man Tanahashi Vs Shingo. Otherwise, show was fun but meaningless outside of the Jay White storyline (and I guess O-Khan injuring Tenzan). Nothing says "cool down show" more than BUSHI getting the pin in the main event and doing the post main event speech. 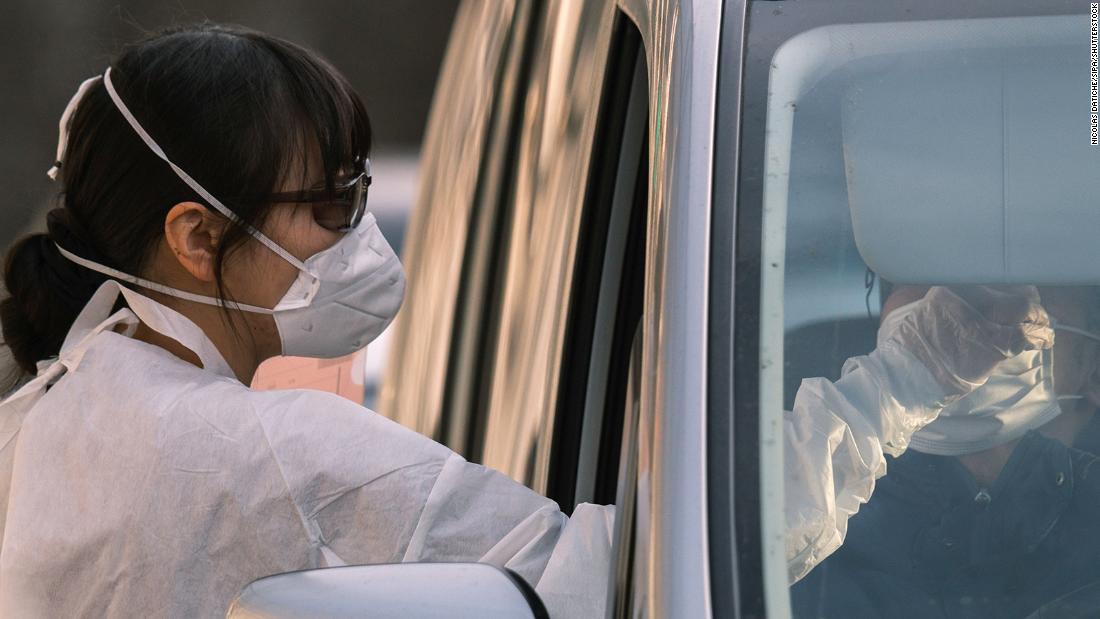 Japan's Prime Minister Yoshihide Suga has declared a state of emergency for the nation's capital and surrounding areas as Covid-19 cases surge to the highest levels since the start of the pandemic.