Smash Mouth has replaced Steve Harwell with an imposter named Corey Mac and is blocking & deleting any of their fans who call them out over the fact that it's a fake Steve Harwell. All while the actual Steve Harwell is in all of the promotional photos advertising band's current concerts.


TELL US WHAT YOU HAVE DONE WITH STEVE HARWELL, YOU SICK SONS OF BITCHES!?

This type of move is seriously a relic of pre internet era. Fleetwood Mac's shady original manager put a fake Fleetwood Mac with zero original members during their post Peter Green/pre Buckingham & Nicks wilderness years and there's countless oldies acts like this. Plus my favorite the group of very heterosexual ALABAMA MEN who toured as Frankie Goes to Hollywood in the early '00s.

Edit- A Google search shows heterosexual Alabama Frankie Goes to Hollywood was playing Vegas as recently as 2016. Maybe they could tour with Smash Mouth.

Harwell is taking a hiatus due to heart issues. Band is still saying the new guy is him. 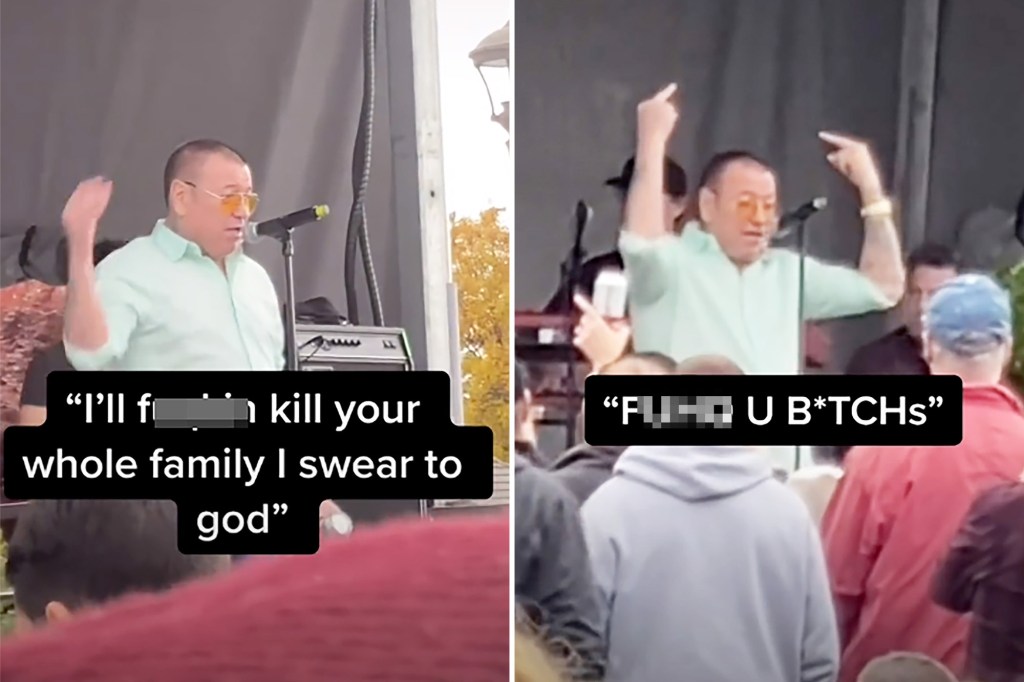 “I’ll f— kill your whole family, I swear to God,” he screamed to one fan in the audience as seen in viral footage where he slurs and seemingly gives a Nazi salute to the crowd.

“I’ll f— kill your whole family, I swear to God,” he screamed to one fan in the audience as seen in viral footage where he slurs and seemingly gives a Nazi salute to the crowd.

Is that the real one or the imposter? Hmmm Smash Mouth's Steve Harwell to Retire: I 'Tried So Hard to Power Through' Health Issues

After a 'chaotic' performance in New York, Steve Harwell announced that he'll be retiring from performing to focus on his health issues

people.com
Actual Steve Harwell is retiring after that meltdown yesterday.