Thinking today about missing shows. Makes me want to try it even more.

Best advice I can offer is just rip the Band Aid off and do it. 99.9% chance you will suck the first time (and for a while after that) so what the hell?

Maybe during this isolation period I can finally write the CXF article on doing standup I've been thinking about for a while.

I did an open mic way back and I don't think I sucked in the sense no one told me I sucked, but no one was really there so it doesn't matter. Used to do theater stuff, figured it'd be simpler than it was. But you know, fear of failing means fear of trying and so on.

https://twitter.com/KennyDeForest/status/1268288525234876416
This Dave Chappelle story inspired me more than anything this week.

For his faults, I think no one besides maybe Pryor has ever been better in comedy towards speaking about issues of race.

Staff member
I accidentally presented this without comment. It is even better than you'd think.

The first live comedy act coming to town since COVID is Brendan Schaub at the end of the month. Three nights. 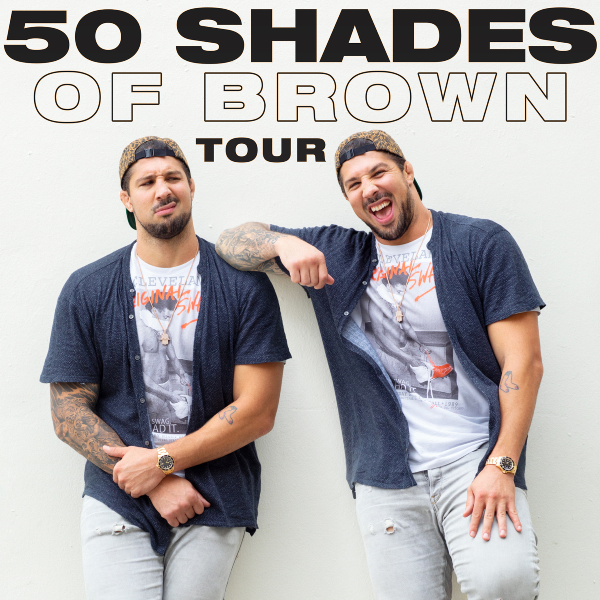 i have to admit that's a good poster; the guy on the right is the real schaub, the one on the left is all of us.

It's the one small hole in his pants, though.

iO Chicago is closing down. Huge bummer for me, I've been writing and performing on a show at iO since November and it was a real blast. Lots of really cool names in comedy came through that place. Not surprised it went under, though, that place did not exactly seem like it was firing on all cylinders. They still owe us a check, pretty certain we'll never see it.

Schaub has been a timebomb, I'm sure. Might need to ask around if anyone here has any Callen or Schaub stories.

Every show here is cancelled and being held on pay-per-Zoom. All local guys thus far whose gimmick is smoking weed and trying to be Hedberg.

We have some drive in and outdoor stuff starting. I'm doing a show at an outdoor beer garden in Worcester on 8/29. Maybe I can refuse to make eye contact with @Laz from a 6+ foot distance.

Maybe I'll give you no other option but to notice me, @King Kamala 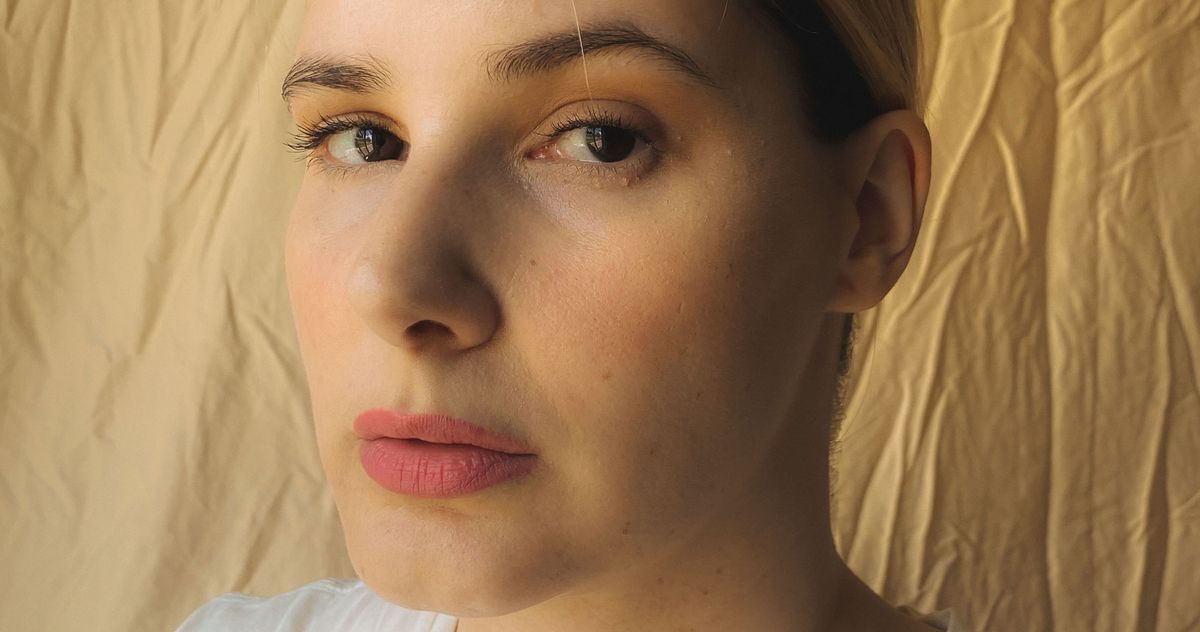 “He liked that I was innocent.” 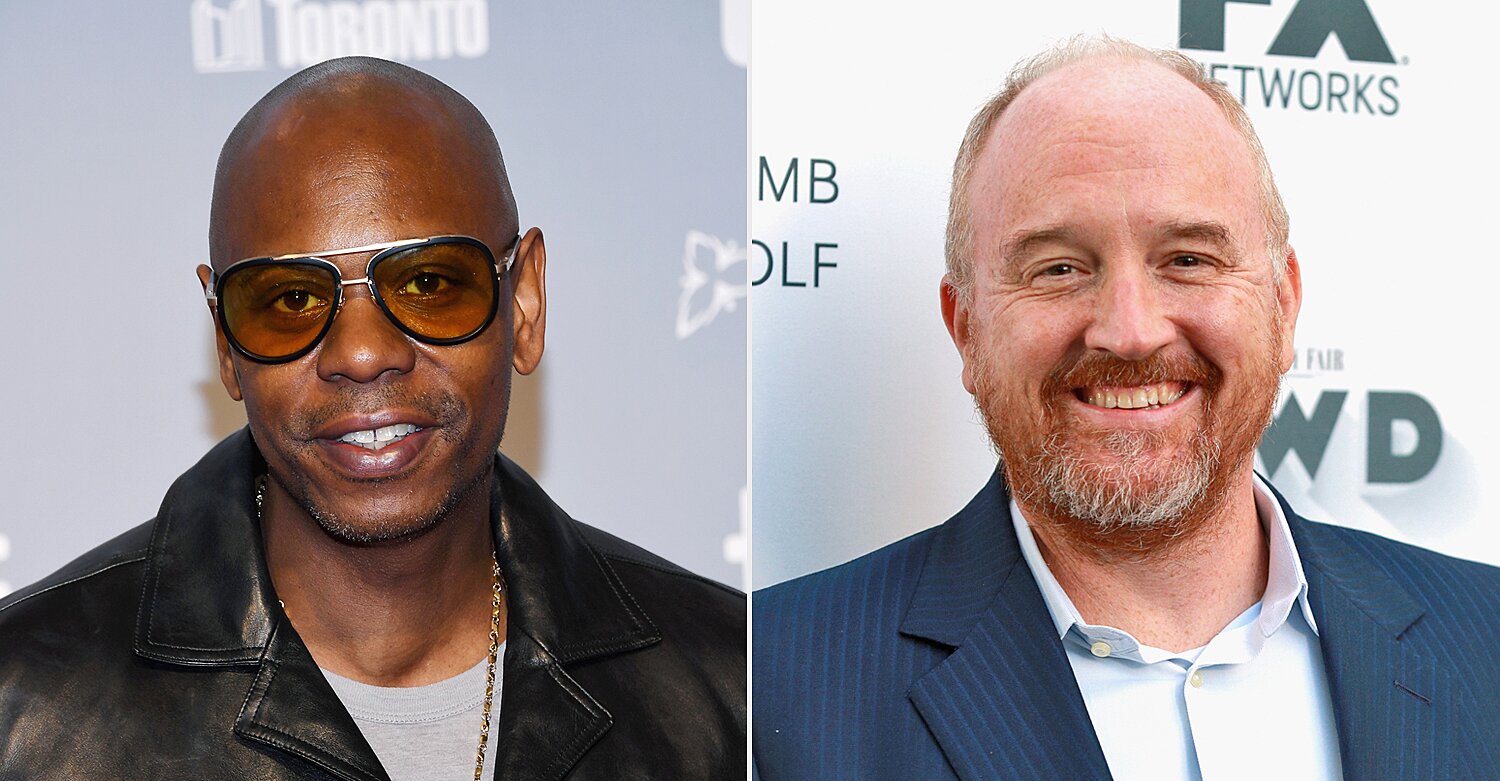 C.K., who's been accused of sexual misconduct by five women, appeared at Chappelle's stand-up shows alongside comics like Michelle Wolf and Mo Amer.

King Kamala said:
We have some drive in and outdoor stuff starting. I'm doing a show at an outdoor beer garden in Worcester on 8/29. Maybe I can refuse to make eye contact with @Laz from a 6+ foot distance.
Click to expand...

Things are getting kind of normal-ish in Chicago. I did a live streamed show from a smaller club on Saturday, and I've done some rooftop stuff. There are some mics in public parks and on the beds of pickups. Both Laugh Factory and Zanies are opening back up. A lot of comics are being pretty judgmental towards those doing these shows, which I guess is predictable.

I'm not into leaving much but I really want to know what a socially distanced Harland Williams show in a ghost town looks like. 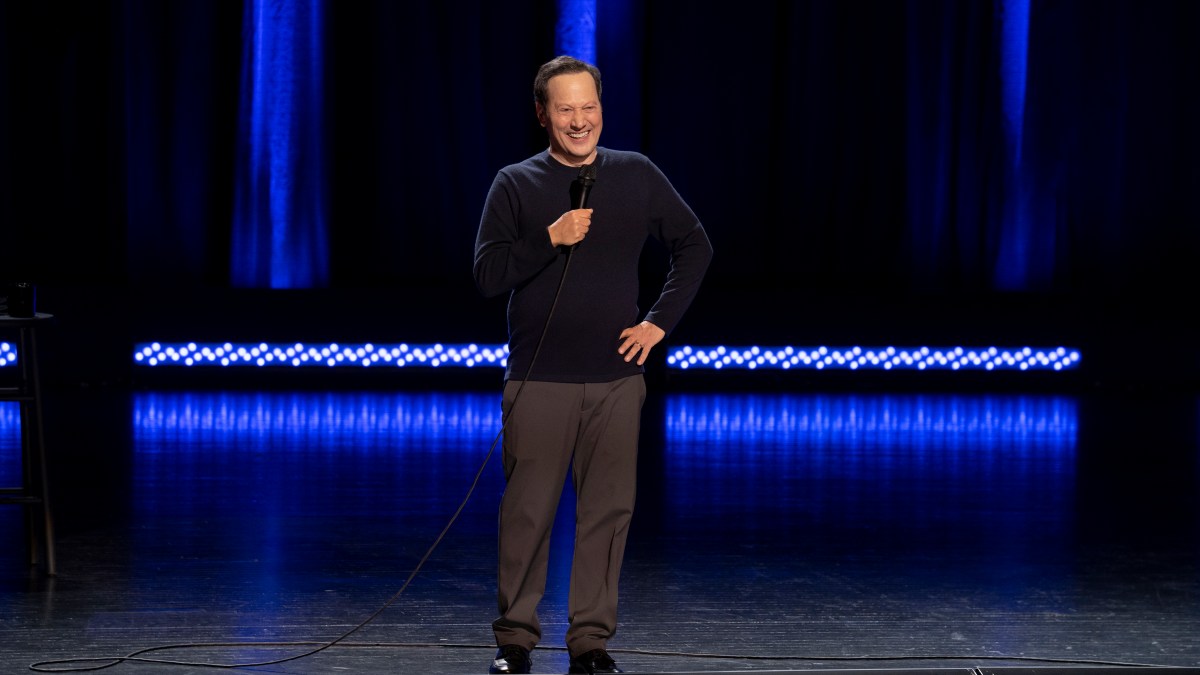 Rob Schneider Gets Personal in His First Netflix Comedy Special

Rob Schneider wants to remind people that he started his career as a stand up comedian. Long before he was on “Saturday Night Live” alongside Adam Sandler, David Spade and Chris Rock, Schneider was writing jokes and mailing them to the “SNL” offices in the hopes of being discovered. “I remember...

www.nbclosangeles.com
Man. Maybe this is the worst year ever.

sethsimons.substack.com
The Legion of Skanks chuds held a indoor comedy show and were able to get away with it because they argued it wasn't entertainment. I will say.

Glad I don’t know what that is.

They turned the comedy club here into a socially distance restaurant where they only use their usual menu, but added milkshakes. Comedy club food with a milkshake sounds awful.

Staff member
I wish I hadn't read that and been reminded of Anthony Cumia.

I youtube a lot of 6-10 minute standup bits when unwinding, finding a lot of funny people to follow on the various platforms. Sean Patton briefly lived in New Orleans, told a few relatable stories, and then launched into a story about pronouncing "Cumin" as "Cummin'" to annoy a room mate to near homicidal rage over time.

*awkward pause* Finally I say, "um, hi, have we met?" Friend nearby is giggling like Homer Simpson saying "titmouse" and finally bursts "FUCKING EXACTLY." So, I guess, don't worry. I overshare that shit in my personal life too. (But I'm doing better, unfollowed all of them but one retired person who we're chums now).


There's another up and comer out of California Ali McKofsky who is MOSTLY funny, but sometimes her deadpan just comes across as an Aubrey Plaza derivative and not original. Her podcast, resting bitch face, definitely reveals its not an act, though. She really talks like that. I think she has the potential to be good with the right promotion (and I think she's got Rogan backing).

I did a show with Ali Macofsky right before the shutdown in Boston. Definitely seems like she has breakout potential...erm, if comedians are going to break out after this is all done. Actually defied her reputation and stage persona and was v. nice in my limited interaction with her.

Goddamnit! I was actually supposed to perform here (opening for a friend) this past summer. My standup debut foiled once again!