snuffbox said:
What were they spineless about?
Click to expand...

Somebody needs to find that one flowchart where, no matter what you choose, no matter how it plays out, the answer is always, "Fuck Democrats." That's how some people are about this stuff.

Staff member
Yeah how the fuck does this flow out to being the dems fault again? They're all voting to convict and have been united on this.

909 said:
In this country: people who don't understand senate rules

There is a rule that says no other business can take place during an impeachment. The Republicans decided that when witnesses were going to be called, it was time to invoke that rule. Senate rules require 51 senators to change them. Pretty clearly says senators and not the VP tie breaking vote. Simple as that.

As in: no COVID checks if the Dems call witnesses. So...
Click to expand...

Yep. Pretty telling, imo, that the Dem House manager forthrightly took the "blame" for that as well.

They made the GOP look like bitchmade trash. Trump was destroyed by this and more criminal/civil cases are probably forthcoming. And the Dems have a lot of daylight to run for covid relief, etc.

Despite knowing the potential consequences from right wingers, both sider idiots, folks who don't know the senate from their own assholes, and their own state voters, every single Democrat impeached that motherfucker. Twice.
Last edited: Feb 13, 2021

Hey I am in a foul mood and I need to yell about this for a minute, I know everyone already knows this but I didn't see it explicitly laid out (maybe I missed it) and I have been fuming for days now. After acquitting Trump, McConnell slams him for a 'disgraceful dereliction of duty'

"There's no question, none, that President Trump is practically and morally responsible for provoking the events of the day. No question about it," the Kentucky Republican said Saturday. "The people who stormed this building believed they were acting on the wishes and instructions of their president."

"And having that belief was a foreseeable consequence of the growing crescendo of false statements, conspiracy theories and reckless hyperbole which the defeated president kept shouting into the largest megaphone on planet earth," he continued.

But despite all the criticism, he said he voted "not guilty" because he believes Trump is "constitutionally not eligible for conviction" given that he is no longer president.
Click to expand...

So to be clear.

The House decided to vote Trump. There was a vote, in the Senate, as to whether that was constitutional, a vote which passed 56 to 44 (https://www.dw.com/en/us-senate-votes-trump-impeachment-is-constitutional/a-56515610).

What this means is that the issue of constitutionality was asked and answered before McConnell or anyone else was asked to vote on impeachment. Whether or not Trump was constitutionally eligible for conviction was not at hand. This was raised in Mitch's own place of work, and he and his lost. And he admitted to the world he thinks Trump is guilty of the charges levied against him. But he voted in the opposite way because he disagreed with the premise - a premise which was already asked and answered by he and his colleagues.

I mean, like, what?! Really? Honest question, am I missing something here? Because even by the super low bar we judge American politicians by, this seems brazen. And I get that he was never going to be convicted because Washington is just fucking full of cowards, but to go out and flaunt your willful disregard for what your own chamber of congress decided was true is just....

I don't even know what to do at this point. We're all calling the QAnon Shaman and his friends traitors for their attempted insurrection, but like, does this ever get better? Are McConnell's remarks not, in some way, more evidence thrown on the pile that the GOP can basically do whatever it wants thanks to decades of brainwashing the middle class into believing their lies? At what point do some heads need to go on some fucking spikes?

If the government asks, I was kidding about that last part.

You almost have the respect a guy who blocks you from moving forward with a trial until the Prez is ousted, then uses the excuse that he is no longer Prez to not respect the verdict considerations.

I sure the fuck don't but I get what you're saying. It's not ballsy in terms of actual courage, but it does indeed take a set to be that brazen. Hope he gets hit by a bus.

The whole thing impeachment process felt like Mitch using it to try to pretend that he is "human" and has "compassion" which would trick some stupid rubes while not actually doing anything to stop and punish Trump. I second hoping he gets hit by a bus.

Fuck that motherfucker. No respect deserved and none given. He could've earned a little by convicting; he chose to keep playing bitch politics instead.

Hoff said:
I sure the fuck don't but I get what you're saying. It's not ballsy in terms of actual courage, but it does indeed take a set to be that brazen. Hope he gets hit by a bus.
Click to expand...

Yeah, it takes some brass balls to get in front of a camera and chastise Trump for inciting a mob, immediately after acquitting him for inciting said mob. Like, big "Yeah, I put my feet up on Eddie's couch" energy.

Mitch did all that tap dancing, and look where it got him.

It's just unreal how much 45 can't see the forest for the trees.

And yet the vast majority of Republicans continue to worship him. Lost them the House in 2018. The White House last year. The Senate this year. But more than 90% of them just can't help themselves.

snuffbox said:
And yet the vast majority of Republicans continue to worship him. Lost them the House in 2018. The White House last year. The Senate this year. But more than 90% of them just can't help themselves.
Click to expand...

I read the other day a sitting president loses an average of 27 seats in the House per election, so that is in peril, but I believe the GOP is running D on the Senate.
We'll have to see how fast the red states can pass voting restrictions to limit the damages.

Those red states got most if not all of what they can steal back through gerrymandering/disenfrachisement last November, and that still wasn't enough to win back the House. They've lost suburbia, probably permanently. They continue to worship fat failure Trump. They have a tough row to hoe just to not lose more Senate seats.

The Dems are going to tie every single GOP opponent to the Trumps and that Q lady. I don't think they're going to lose 27 seats, or the majority, or anything else. The GOP is doing a lot of their campaign work for them at this point.

Staff member
Some Democratic states are also talking about gerrymandering things in their favor until the Supreme Court scraps the whole enterprise. I read a thing where they could draw New York's districts down to 2 that Republicans would win.

I'd love to see CA gerrymander Nunes' district away from him. Etc.

This is one of the many reasons why I liked Harrison being put in charge of the DNC. The others that were hoped for, like Abrams, can be more effective working against gerrymandering and other issues in their own and other states (as well as remaining viable for running for office themselves).

Edit- Renamed this thread cause this piece of garbage doesn't deserve another thread for his post presidency. Only POTUS that deserves its own entire thread dedicated their post presidency is JIMMY CARTER and he doesn't have one (unless you count my GOOD PEOPLE thread maybe and that's a stretch). However, I also don't think we should entirely ignore the literal orange elephant in the room.

Hope an Iconoclast dropkicked that thing

Exodus 32 (or "three two" as the above golden calf would say it), the Ten Commandments, etc.

A Unicorn’s Tale: Three-Way Sex With Couples Has Made Me a Better Person

Intimacy between two people is like ping-pong, but with three people, it’s like volleying a ball with no net, and no blueprint. That openness has changed my life.

Caroline Giuliani LOOKS like what would be pictured next to a Urban Dictionary definition of Unicorn...
Last edited: Mar 6, 2021 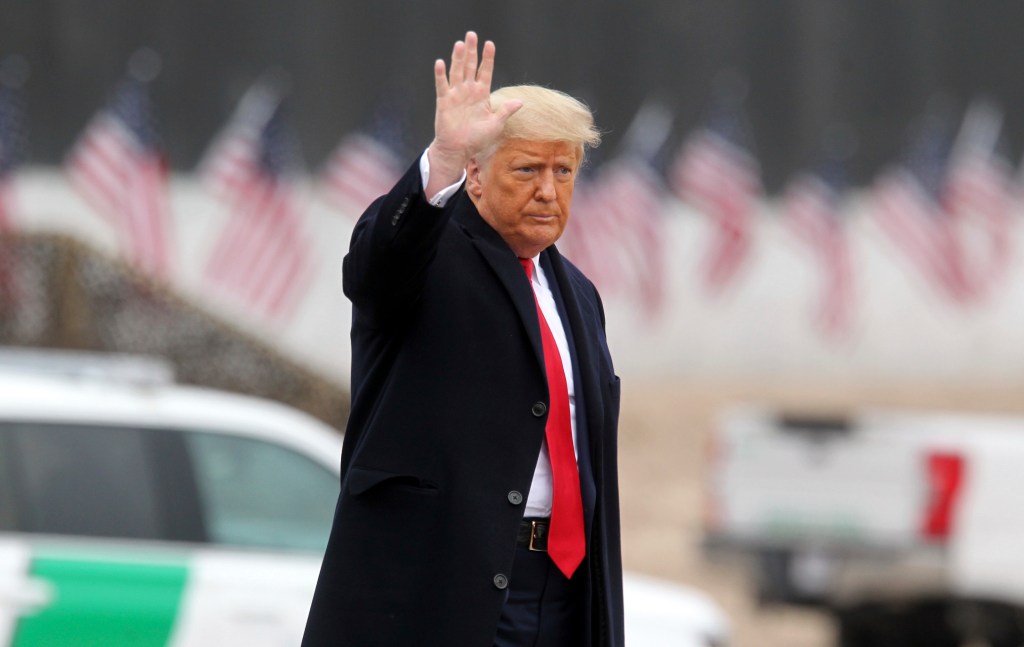 Trump hopes everyone ‘remembers’ him when they get their coronavirus vaccines

Former President Donald Trump is seeking credit for the swift rollout of multiple coronavirus vaccines, saying if it wasn’t for him “you wouldn’t be getting that beautiful ‘…

Why is he still alive?

I'm hoping it's because fast food and Diet Cokes extend your lifespan. 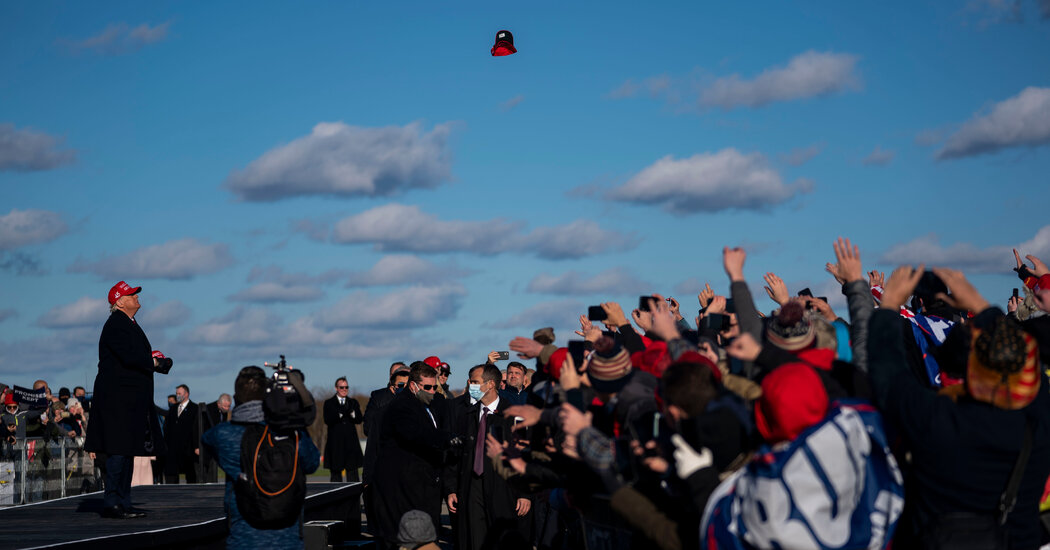