I feel like that could be explained by the fact that that was the only time Mr. C crossed over into that realm. I don't think the Fireman is able to directly affect things on earth.
C

The doppelganger was in some sort of cage when he got to the White Lodge, right?

Yeah, I think he was being deliberately sent to his fate at the (gloved) hands of Freddie.

Interesting thought: is Sarah the little girl whose mouth the frog with wings crawled into back in the 50's, and has Judy (or some parasite of Judy's making) been inhabiting her her entire life?
C

That's been the theory, which all along I didn't want to buy, but now it feels like that must have been Sarah.

I always thought it was Sarah.

This really was my tv event of at least the last decade and I'm so in love with everything Lynch has done with the cinematography and sound design for every episode. Everything felt so carefully curated and gelled perfectly with that insane "fever dream" vibe that his stuff usually gives off.

Story-wise, I'm settling into a re-watch of this entire season starting this coming weekend in an effort to catch some of the stuff I may have missed the first time around. Was the prevailing theory that the glass box creature was also Judy? Or some kind of spirit related to Judy?

RE Sarah, did anyone else notice that the smile that appeared in the black void behind her face looked A LOT like Laura's? 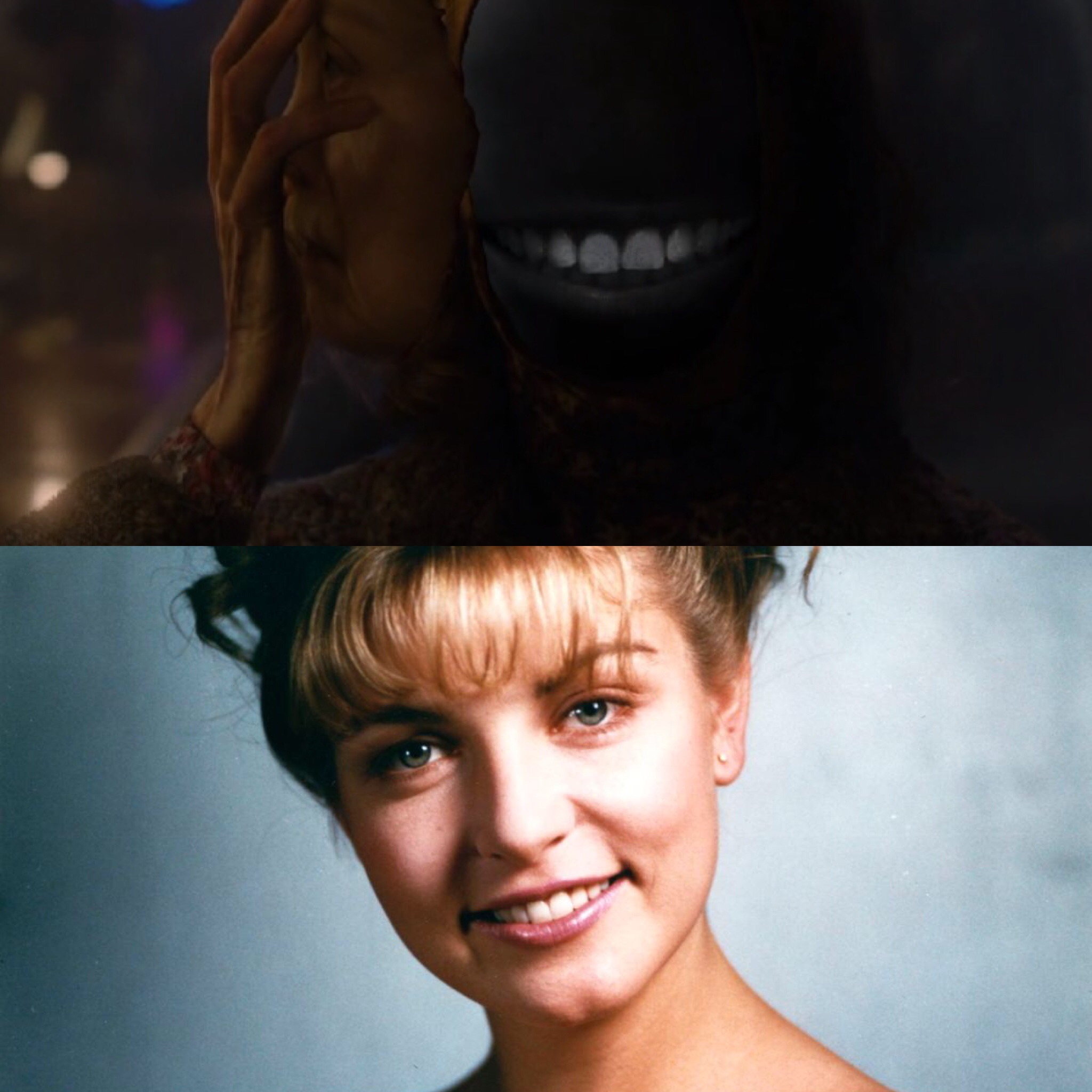 Also, when she went crazy in the finale and started stabbing Laura's picture, the glass breaks but the picture itself was completely undamaged...
G

Just got around to finishing this. I think the key to the series is actually in the Audrey storyline from the 3rd season. The vicious fight in the bar shatters her illusion of reality. She awakens in an alternate reality (I would argue the entire point of the show is there isn't a true reality, so I won't call it that). Your true reality is only what your conscious mind makes of it.

The image of the house, and the spilling over of her alternate reality into her current one, causes Laura's reality to shatter as well. This tells us the story has been told from Cooper/Richard's point of view, but it is actually Laura's alternate reality. As if it were Cooper's reality the sound of Laura hearing her mother wouldn't cause it to shatter/go black.

Knowing this is Laura's reality/dream/consciousness should shape the way you view the show's final episode.

The answers beyond that (of whether there is a true reality, dreams, whether there is truly a "you" or if that is merely an illusion brought on by the limitations of our minds, whether life or death exist in a reality where there is no you, only energy "electricity was used by the show" which cannot be destroyed) are purposely left open by Lynch.

I've never watched any of this. Just got the television collection box set and it's time to start.

snuffbox said:
I've never watched any of this. Just got the television collection box set and it's time to start.
Click to expand...

Besides the middle of the second season anyway.

Damn, I thought we were getting new content that was secretly made in quarantine when I saw this bumped.

There is like a 12 episode stretch in season 2 that is almost unwatchable, but the beginning 7 and like last 3 or 4 episodes are all incredible stuff. Season 1 and 3 are close to perfect.

"What really is creamed corn? Is it a symbol for something else?"

Staff member
You made good progress so far. Make sure you watch the movie before season 3 though. I recommend not reading anything about it.

Just watched episode 14 (2.7). Definitely not who I expected the killer to be.

snuffbox said:
Just watched episode 14 (2.7). Definitely not who I expected the killer to be.
Click to expand...

I was sure it would be Leo.

I love the way this show uses dreams, visions, etc. Reminds me of some of my favorite stuff from the Sopranos, especially Tony's alternate life as Kevin Finnerty while in a coma. That's my favorite arc from that series and the end of "Mayham" with the Moby song is one of my favorite scenes of any tv show ever.

Some of the dream/vision type stuff with Cooper (and Major Briggs) from Twin Peaks is right up there with that imo.

Finished all of it. Including all the behind the scenes mini-docs from the box set. The conclusion is much more satisfying, imo, than the original second season's. I will rewatch the whole thing again, probably starting today. But on first viewing, I'm not convinced that the conclusion wasn't a happy ending, as it were. I don't get it, might never fully get it. But there is a circularity and duality to it that, I think, is far more realistic to how life, this world, and the universe works than we might realize. This is a very mysterious thing, life, and I'm not sure if any tv show (or movie, or novel, or etc) has ever captured that as well as Twin Peaks.

I've been reading back into the comments in this thread and I think Byron nailed it with a comparison to Neutral Milk Hotel's Aeroplane album. It is the closest comparison. And in the medium of television, certain episodes and scenes from the Sopranos (to me anyway).

Maclachlan was preternaturally good throughout.

Seinfeld and Twin Peaks, together at last

Video editor Dominick Nero has been creating Seinfeld: The Return, a series of videos that revisist the sitcom in a Twin Peaks: The Return-style revival.
news.avclub.com

Staff member
I was just going through some old scenes, and I think: