fucking Brad said:
slim is probably mad that you bumped this thread because of an NBA-related tidbit.
Click to expand...

Slim has come to expect such trifling-ass behavior from y'all. 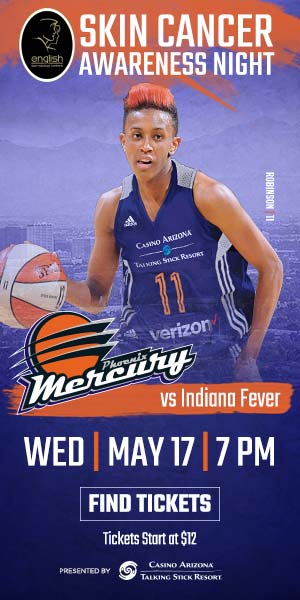 Like they did in 2011, and in 2013, and in 2015, the Minnesota Lynx hoisted up the WNBA championship trophy last October. It was a special win, avenging a loss to the Sparks in the 2016 Finals, but there is also apparently something different with that win: No call from President Donald Trump or the White House has followed it.

Lynx coach and general manager Cheryl Reeve appeared on the Sports Media Podcast hosted by The Athletic’s Richard Deitsch and revealed the curious situation, noting that former President Barack Obama’s administration called the team within 24 hours to congratulate them and invite them to the White House during their other three championships.

“This President may have a different protocol, but to this point — we won in October — we have not heard anything from the White House with regard to either a note of congratulations or even offering to visit at some point during this upcoming summer,” Reeve said, per The Athletic.

The Lynx have previously visited the White House when in Washington to play the Mystics. Those dates this year are May 27 and June 7, so Trump could theoretically still send an invite, it would just be much more difficult for both sides to make the schedule work than if the invite had been made back in October.

There could be a number of reasons why Trump has not extended the invite yet. Lynx forward Rebekkah Brunson told the Star-Tribune in October that she would not visit the White House if invited. A situation like that led to a very public dis-invitation in the past, when Trump tweeted that he was revoking the Warriors’ invite after Steph Curry made it clear he wasn’t interested in attending.

White House visits for athletes have also seemed to just be a headache for Trump’s White House, like the time last week when a comment of his was interpreted to be insulting to Paralympic athletes or when a photo comparison from The New York Times made it look like the Patriots’ delegation was lighter for Trump than Obama.

Even if every Lynx player was publicly interested in attending and received an invitation, a visit wouldn’t have been guaranteed. The Sparks weren’t able to make it after winning in 2016, so Obama instead sent a congratulatory letter instead. Such a message has yet to come from Trump.
Click to expand...

Yeah, I don't think Trump is a fan of women's sports. Or just of women in general.

Before you say I'm wrong, I didn't say he didn't like the female body. Just everything else is what he doesn't like.

Flik said:
Yeah, I don't think Trump is a fan of women's sports. Or just of women in general.

Lol, what do you mean, "before you say I'm wrong"? Who was going to say that? We all know that Trump hates women: and hell, we also know that just because you put your dick in somebody, doesn't mean you respect them.

The only woman that Trump has any regard for is his daughter. And I try really hard not to think about that.

I feel like a bigger story will come of this

Essentially, the Las Vegas team ended up traveling 26 hours straight due to travel delays and opted not to play the game due to health concerns. The league has ruled the game as a forfeit. I mean, it is but feels like something that would get accommodated for in other leagues but then again, it wouldn't happen in other leagues that have more money.

I don't know who the fuck Shea Serrano is, or why he's apparently the only male on Twitter allowed to say positive stuff about the WNBA without a bunch of fuckbois jumping into his mentions, but I appreciate him.

I haven't heard that much on WNBA this year. I didn't connect the dots that it was playoff time already until a buddy of mine that goes to Mercury games occasionally told me that not only were the Mercury having their playoff game at the ASU arena the other night but they had playoff tickets for only $1. I probably would've gone had I not had other stuff to do that night.

I had to go to the airport to pick up some family who went out of town last night. Did a double take when walking by the luggage carousel and I passed Brittney Griner. I think whoever she was with caught me recognizing her but I don't believe in bugging people when I see them in a setting like that.

I can see the basketball scenes now. Playing games to a standing room only crowd. Pandemonium.

why is the max so low?

edit: answered my own question

Currently, it is estimated the WNBA has about $60 million in revenue with about $12 million of this going to the players. To give the WNBA players 50 percent of league revenue would require league payrolls to increase by $18 million.
Click to expand...

Also "every player gets her own hotel room" is a new thing?

Youth N Asia said:
I can see the basketball scenes now. Playing games to a standing room only crowd. Pandemonium.
Click to expand...

Damn. A WNBA player frees a wrongfully convicted men and only reaction is a joke about their shitty attendance. SMDH.

THE TUGSTER said:
Also "every player gets her own hotel room" is a new thing?
Click to expand...

Yeah, the league doesn’t generate a ton of revenue and their player treatment historically maxed out along the lines of some college programs. I know a few years back many of their players were sitting out here because they were getting closer to pro sports level salaries playing overseas. Diana Turasi skipped defending a title because she was getting legit money in Russia to do so.

Youth N Asia said:
I can see the basketball scenes now. Playing games to a standing room only crowd. Pandemonium.
Click to expand...

Damn. A WNBA player frees a wrongfully convicted men and only reaction is a joke about their shitty attendance. SMDH.
Click to expand...

There's been slightly more discussion on the WBB message board I post at, and I have more or less given up on engaging you guys about the WNBA. Plus, I have a hard time compartmentalizing my antipathy towards Maya Moore as a player and her very good and legitimate work, off the court, so I have largely endeavored to keep my mouth shut about it.

https://www.thenation.com/article/society/maya-moore-jonathan-irons/
It is like some Muhammad Ali in '67 level stuff she did. Good for her.

The WNBA is doing their draft virtually on April 17th. It's going to be the first NBA related event since the shutdown and will air in primetime on ESPN.


Strange days indeed when all ESPN has to air are old WWE shows and women's basketball players hanging out on their webcams.

ok nvm it works now as for the WNBA, good basketball, top-notch fundamentals, but I don't like the implications of that webcam comment above, fuckin' misogynistic berniebros

First off, I've spent half the last page talking about how Maya Moore is one of the great sports figures of this century. Second it's impressive that KOAB can post from a gimmick account on his flip phone while quarantined on a military base.

Diana Taurasi has apparently been lit on IG Live all night:


Forget about whether or not the WNBA "deserves" that level of coverage for a second: if an NBA player, who was at the same level in the NBA relative to the level that Taurasi is at in the WNBA, referred to the lakers as a "shitshow," they'd break into scheduled programming.

For sure. Taurasi is hands down on the Mt. Rushmore of women’s basketball/WNBA in my book, if not the WNBA GOAT.

LeBron can’t say an arena’s hot dogs are bad without it being nonstop news, let alone something this level.

Diana Taurasi really illustrating what we commented above about how WNBA players can get away with so much more publicly shittalking than NBA players. Almost makes it worth her making a fifth of what a guy making the NBA league minimum makes

WNBA proposing a 22-game regular season in another Florida complex, looks like it would start prior to NBA.

Hope if this happens we get one heated week of WNBA discussion here.

Hey for you guys who watch the product for a long time, where is the best place for a noob like myself to start?

Flik said:
Hey for you guys who watch the product for a long time, where is the best place for a noob like myself to start?
Click to expand...

That's kind of a nebulous question, but I'd say start with 2012; the athleticism took a tick up around then. If you want to go back further than that, I'd advise you not to go back before 2007 (and this is coming from somebody whose team won the championship in 2005).

Baby Shoes said:
WNBA proposing a 22-game regular season in another Florida complex, looks like it would start prior to NBA.
Click to expand...