lmao none of those people were even part of the Southpaw videos..

According to my podcast co-host, the only characters actually part of the videos that are in the game are Big Bartholomew, The Banker, and the Sea Creature.

Hard pass (and this was the only DLC I gave a fuck about when they announced DLC).

RetroMania preorders are up for Steam and Switch, for a July release:
https://www.retromaniawrestling.com/preorder.html

Fire Pro World's new story mode DLC (sequel to the story mode in SFPW Special, once again written by SUDA51) is out! It's free if you purchased the season pass.

..also this dude from Twitter has created a nice recap of the original story for those who've never experienced it:

Another indie wrestling game seems to be in the works

I love that were in a "new boom era" for independent wrestling videogames.

I stumbled upon Anthony Greene, then a few other guys I am not too familiar with after I posted. Looks like this company right now has been pushing a recently released game that looks like Quidditch from Harry Potter.

They also make Ark, which is pretty popular with streamers, and Citadel: Forged With Fire. They've been solid overall with their games but clearly favor RPG/survival themes so a wrestling game is a bit outside the wheelhouse.

They really are getting an AKI game

Same place I read the rumor isn’t sure the source is entirely credible but given how rough last year was and current state of the world, wouldn’t be surprised

Fuck it do WWE All Stars 2. That was much more fun than most of the 2K games.
F

So get ready for Crush Hour 2

I would love an All Stars 2. It boggles my mind that we never got a second one. Even something strange like a sequel to Legends of Wrestlemania would be a nice change of pace.

So to anyone who was wondering what's going on with TEW20, it currently still in beta due to a number of bugs that cropped up in the open beta and skin reworking that's been going on. Should be released on the 14th still, but... Well, the artist who's reworking the skins might need a little more time so might be delayed to next week.

Anyways, reason I bring it up is because if you haven't tried TEW20, you might want to. Game doesn't play exactly the same as TEW16, so you might check it out.

It has been pretty fun checking out over the last while.

Really looking forward to this coming to consoles..

The TEW2020 interface is the most non-user friendly thing I've ever seen. I hope something comes along to make it at least intuitive, but holy shit. Forcing myself to get the hang out of it, just for the sake of the iffy 1997 mod (where Nash is in jail for second degree murder).
B

People are having some fun with the Fire Pro move editor:

More info on Battlegrounds. This sounds like a nice change of pace from the usual 2K series, although I dunno how long I’ll last without turning off Mauro and Lawler on commentary. 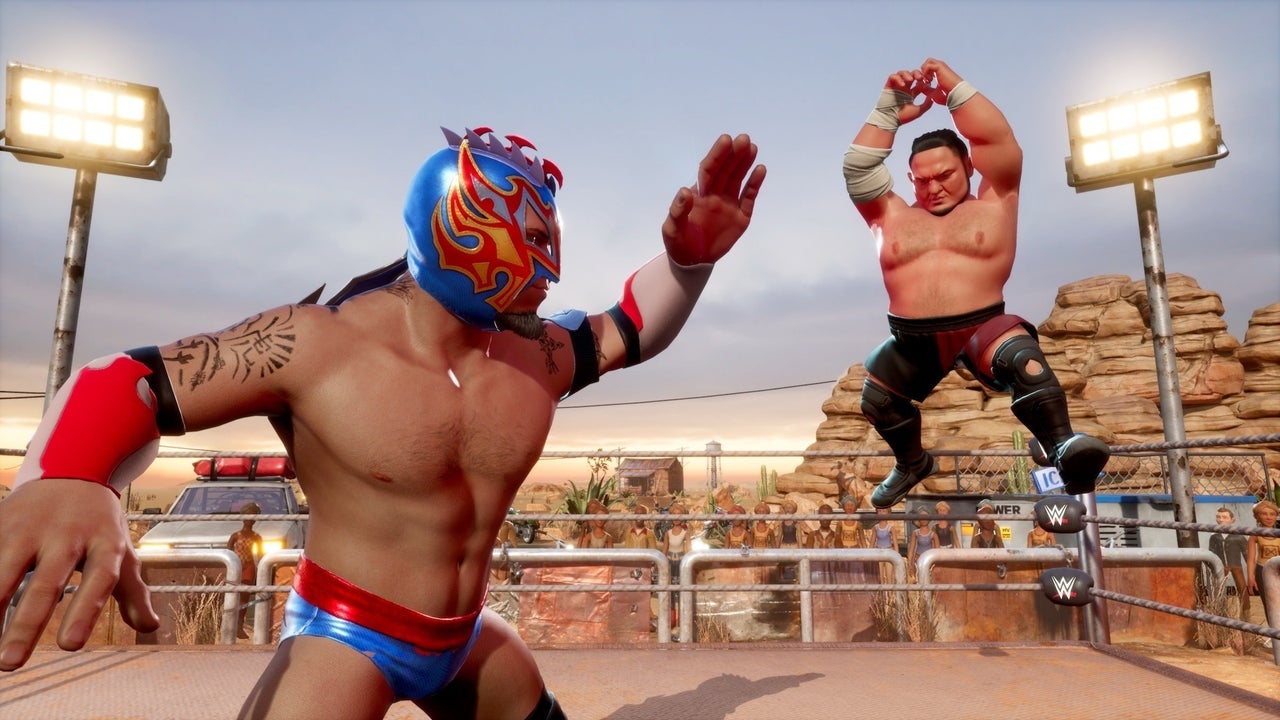 The arcade-style wrestling game will arrive in September with over 70 wrestlers to pick from.

Staff member
you can usually turn commentary or at least sound off though. that's what i do and just listen to music or podcasts when i play video games.
F

I'm already weary of the in game currency needed to unlock additional items, especially since extra currency is being used as a preorder incentive for the more expensive version. Hopefully this game isn't a microtransaction filled shitfest
T

1. If this is an announcement of an official AEW game, I could see the game being over-the-top in ways that would probably take me out of it (similar to the product).
2. I have a gut feeling that it's actually an announcement for a series of streams by AEW talent instead.
You must log in or register to reply here.
Share:
Facebook Twitter Reddit Pinterest Tumblr WhatsApp Email Share Link
Top