WWE in Fall 2021: Best in the World at What We Do (Creating Content)

At least my dreams of an AJ Styles & Omos Vs Apollo Crews & Commander Azeez match have been reignited.

The big solo Omos run is one of my remaining investments. At least until he breaks that stupid Braun record in the Rumble.

Even though all of us want and expect him to sign with AEW, I think it's still weird and depressing to see WWE treat Kevin Owens how they treated Dean Ambrose during his last few months in the company.

If/When he goes the real victim is Sami. He's fucked for a while. This all coinciding with Blood Money makes it even worse.

I think Sami's contract expires a month or two before Kevin Owens actually anyway. I could see a scenario where WWE wants KO but not Sami but I see no scenario where they resign Sami but not KO. Vince probably barely knows who Sami is.

Sami's gonna get fucked on the injury time off thing.

Staff member
they stopped doing that to people awhile ago or a bunch of guys that left wouldn't be gone now. It doesn't make sense for them to do it if they're wanting to cut costs.

I consider Sami more valuable than KO tbh. He's a far better worker and talker and the charity work he does is amazing. I know he wanted to get back in the ring but his period as a manager was fantastic stuff.


Kamala The Simp said:
Even though all of us want and expect him to sign with AEW, I think it's still weird and depressing to see WWE treat Kevin Owens how they treated Dean Ambrose during his last few months in the company.
Click to expand...

I mean aside from when they briefly teased the Nia thing Ambrose's last months in WWE were the Shield reunion tour and then he put over Drew and Bob while still looking pretty strong on the way out the door. They gave him a pretty classy sendoff for WWE since they were convinced he was coming back.

They aren't the same market. But, AEW is also outdrawing WWE ppv to ppv in November. Whatever you think of AEW it really is an amazing feat.

@Fall of Epic and @Brooklyn Zoo , there's one in Midtown (and in Hoboken) lol.
S

@Fall of Epic and @Brooklyn Zoo , there's one in Midtown (and in Hoboken) lol.
Click to expand...

I've been to Mulcahey's a few times. It's right by the beach on LI. It's a small concert venue with a bar. I saw Eve 6 perform there years ago.

@Fall of Epic and @Brooklyn Zoo , there's one in Midtown (and in Hoboken) lol.
Click to expand...

The Yankees/Rays game yesterday had an advert for the show behind home plate, FWIW. They're really hyping it.

Congratulations to Roman Reigns on 400 days as WWE Universal Champion.

Please keep doing Raw parties so we can go back to 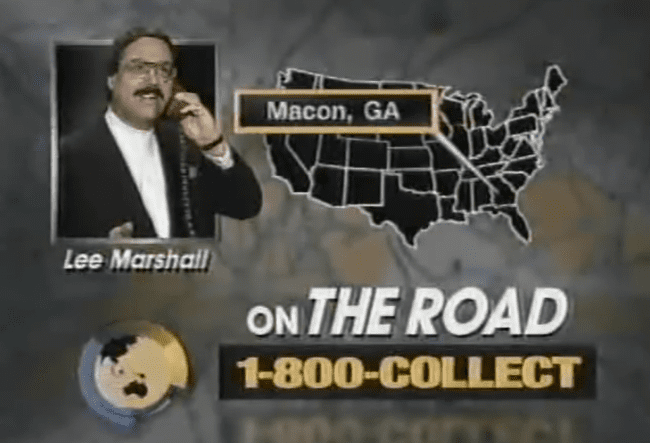 I don't care that they are both heels, I would absolutely book Charlotte and Becky against each other with the winner getting the loser's title and their title being given to whomever wins the Queen's Crown or whatever they are calling it.

Can’t imagine being the size of OMOS on a plane that long.

Hopefully there are no flight delays this trip!

Staff member
that person seems like theyre trying to insult the crown prince but saying he's an Omos fan is like the exact opposite of an insult.

This is person is regularly dragged on Wrestling Twitter for being a WWE apologist. He's definitely being sincere.

I hate the draft so much. I hate everything about it. It makes no sense in kayfabe and I can't believe they've done it so many times. The Steveson pick really crystalized it in my mind. How does Smackdown, in kayfabe, not pick him at any point if he was available? Same with Raw, really, but at least they did eventually. Even under the logic of him being an untested professional wrestler, you would think they would still look at him the way teams looked at Tim Tebow - he's a big name that will sell merchandise. He's been in the news. Just having him on your show doing fuck-all will probably get a few eyeballs. But no, SD needs Carillo & Garza more.

Finn Balor has been on every brand in the last calendar year...I think. Karrion Kross just pops up on Raw while being NXT champ. Everything is so unnecessarily arbitrary.

Just say that SD and Raw have the ability to do trades any time they want and maybe once a year allow both shows to do a more realistic draft where they can take some amount of picks from the other roster - no champions - and if they want to move champions they have to do some kind of trade. Make storylines out of guys having contracts that end at weird times of year and have them say if the contract goes up they are defecting and maybe or maybe not a trade will get done so that roster can at least get something out of it. This works best with authority figures of course but it could still be done without them.

As for NXT... if Raw or SD wants to give time on their show to an NXT person, that's how it should be framed. "Dexter Lumis is currently negotiating a new NXT contract but is also looking at other opportunities. Smackdown is giving him a chance against Ricochet tonight." If an NXT person is officially moving to Raw or SD, they should just show up. No vignettes, no previews, nothing. Just "I was on that show now I'm on this one" end of discussion.

They can reach their end game in so many other ways that don't destroy the internal logic of the idea that these two brands are kinda/sorta supposed to be competing against each other.

So the draft episodes and then NXT last night, man I am so disenchanted with WWE right now, probably more than ever. It's such uninspiring content that makes me less than enthralled to even rant about it. My big take from the draft was Raw somehow is getting upgraded while SD is taking a back seat once again to what they consider Raw the flagship show still I guess, even though SD on Fox has shifted that perception (and the ratings also tell a story on that, with Raw's sinking levels). It seems massively counterproductive in the big picture.

And then there's this NXT shit, which four weeks out now, I'm so not into that this may be a show I just stop watching altogether if this keeps up. The characters are vanilla, generic, and 80s/90s circus like, and they are clearly making a point to get as much of the old guard out as quickly as possible. Guys like Grimes and others are being phased out (and good move to kill off this Mey Ying bullshit) and more generic talent that aren't going to get over get put in front. Braun Breakker might have a future, but the execution on this show is just fucking atrocious.

Caught a very small bit of NXT and don't know how to feel. It's not fun, nor funny, but there's a weird captivating factor to it. It's like a vibrant late 1994 Raw but without a point. Just replace Vic with Mark Summers and it'd feel perfect.

The only good draft was the very first one. It felt like a big deal, and this is being said by someone who now loves the time HHH got traded back to Raw for like five guys.
S

Yeah, Dangoor is a hardcore wwe apologist who gets dunked on twitter all the time. No point in trying to analyze his tweets

The monster among podcasters

Liv Morgan Vs Carmella and Sami Zayn Vs Rey Mysterio will be the first first round matches of the Queen's Crown and King of the Ring tournaments on Friday.

Weird strategy to try and beat AEW with a heel/heel match, isn't it? I don't even expect Becky/Sasha to happen honestly. Vince would totally advertise that for a "special commercial free half hour" and pull a bait and switch where we get fuckin' Boogs versus a giant bottle of Mountain Dew in a backstage brawl.

An alternative company existing that actually delivers for its fans somehow made me more cynical about WWE shows than at any point since the HHH Reign of Terror. At least that period gave us the HHHonk:
Still not sure, two decades later, how a human can make that sound by accident.