I'm watching WrestleMania 4, and I could swear that the Butch Reed dub theme was taken down, and the "Jive Soul Bro" song was reinstated.


Also, we got some more Mid-South Wrestling stuff in the Vault.

They've been adding stuff to their Hidden Gems collection like Vader beating Ron Simmons to win back the WCW title, Harley Race vs David Von Erich in a 2/3 Falls match from 1977, a Piper vs Valentine match from July 1983, a Legends Battle Royal from November 1987, Mean Mark Callous vs Jerry Lawler, and Eddie vs Liger from WCW Main Event in 1995 among other things.

I guess they are going to start adding new hidden gems every week from now on as well.

That Piper/Valentine match is fantastic and I'd go around **** 1/4 on it. It was intense as hell, full of hatred, and felt like like a chaotic fight. Lacks the epic feel and story with the damaged ear of the Dog Collar Match, but they had incredible chemistry.

The legends battle royal was a fun curiosity. It was in WWF country so Chief Jay Strongbow, Bobo Brazil, Pedro Morales, Arnold Skaaland, and Baron Mikel Scicluna get huge pops while Gene Kiniski, The Crusher, Pat O'Connor, and Lou Thesz get crickets. Bobo had the body type and mobility of mid 90's Baba, but still had a ton of charisma. Ray Stevens and Killer Kowalski took some nutty old man bumps. I was entertained throughout for the novelty at least.

JN News said:
I'm watching WrestleMania 4, and I could swear that the Butch Reed dub theme was taken down, and the "Jive Soul Bro" song was reinstated.
Click to expand...

I just watched it two days ago and Jive Soul Bro was there. Rick Rude's theme was not.

How the hell did they lose the rights to Rude's theme? Also it's been pissing me off that Hillbilly Jim's/Godwin's theme has been overdubbed since the Network debuted.

If you need a Rude theme fix, go to the Raw in 1997 when DX beats up Whippleman when he comes out as Rude. Sadly I was excited to think someone wasn't paying attention and it got through the system...

Future Stars said:
That Piper/Valentine match is fantastic and I'd go around **** 1/4 on it. It was intense as hell, full of hatred, and felt like like a chaotic fight. Lacks the epic feel and story with the damaged ear of the Dog Collar Match, but they had incredible chemistry.
Click to expand...

I need more Piper/Valentine matches in my life after watching this one; it's so good.

Early 80s Piper is just golden, and I always liked Valentine more than most.

https://twitter.com/i/web/status/1314679530376757248
WWE must have this 1983 TV stuff on file, it would make great Hidden Gems material in full just because it would show multiple territorial legends in each hour. 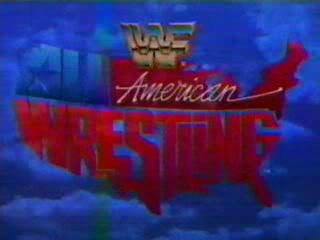 
- Hulk Hogan, Jim Brunzell, & Greg Gagne defeated Ken Patera, Jesse Ventura, & Bobby Heenan when Hogan pinned Heenan with the legdrop (AWA - 3/13/83; St. Paul, MN)
- North American Heavyweight Champion Butch Reed pinned Magnum TA with a clothesline (Mid-South - 7/27/83; Shreveport, LA)
- Ron Bass makes an early appearance (via Florida) which seems a little goofy except he was a top guy there and depending on the exact time frame may have been the lead heel when this aired. He had been a Rhodes buddy and turned.
- Kevin VE, Jimmy Garvin, Dr D, Rotundo (Florida), Steamboat and Youngblood, David VE, Mike Graham, Krusher (Barry) Darsow, Freebirds, Neidhart
-Jim Duggan vs Reed
- JYD vs Big Boris Zuhkov (in Mid-South he was an American turncoat, other areas he was just Russian born)
- TIGER MASK vs Mr. Saito~!?!?!?!?!?!!?!?!?!?!?!
- Los Medicos (via WWC)... that one I'll have to explore

It looks like once 1984 hit and Vince attacked the NWA's St Louis "strong hold" and gobbled up Verne's A-team in one swoop, that Florida was the only area that still sent tapes in.

WWE was promising to upload another slate of episodes of Prime Time Wrestling this month and it's 7 random episodes from '90-'92.

Yeah they are barely putting effort in the Network anymore. At least for old content. They were killing it like two years ago with some of the Hidden Gems they were unearthing. I mean for the love of god put up some more Saturday Night.

How far back does their tape archive go? I want all of it.

There's no reason that they can't do a massive dump of various footage 2 to 3 times per month. WE WANT CENTRAL STATES SO WE CAN ALL EXPERIENCE THE BULLDOG BOB BROWN PROMOTION ACE RUN IN REAL TIME.

Most, if not all, of that stuff needs to be digitized before it falls apart. Throw it all up after the most profitable year in history.

I think the episodes of Prime Time they uploaded were just the ones they had previously digitized for 24/7. I know I remember watching the Christmas 1990 episode on there.

I'm worried about a lot of the old territory stuff. I think they probably watch the WWF stuff like a hawk because they do know there's people more likely to spend the money to watch WWF's Hottest Matches with Sean Mooney than Mike Graham vs Ron Bass or something. The Brody Boomers.

First 13 episodes of Wrestling Challenge from 1986 are being uploaded later this months.

A Rumble 2014 (2015 too) retrospective would be interesting, but I can't see them being honest about how much they screwed up in those matches. 2014 didn't fuck up things too much in the long run, but the 2015 Rumble especially was booked to piss the crowd off.

I was thinking the same thing @Brocklock . I remember 2014 from wondering if the rumors about still wrestling Corey Graves was going to debut in his hometown of Pittsburgh (he had been off of TV due which was when he was no longer cleared but that wasn’t known online yet) and everyone expecting Bryan in the last spot that went to Rey and Mysterio being booed.

2015 I remember watching with some friends in complete disbelief. One of the biggest troll jobs they’ve ever done and completely intentional.
S

Brocklock is dead on. I'd love to see some behind the scenes commentary on the 14/15 rumbles. There's so much to tell there but like you said they probably don't want to tell those stories.

Probably in the minority but in some way 2014 is worse. If they tell the story correctly in 2014 maybe people aren't pissed in 2015

I wonder how things might’ve played out had they pulled the trigger on Roman in ‘14.

King Kamala said:
First 13 episodes of Wrestling Challenge from 1986 are being uploaded later this months.

They're finally uploading Wrestling Challenge? Does that mean we'll finally get old Superstars too? I know they still have the trademark issues over "Superstars of Wrestling".

I think with the Superstars, they are waiting for the old person who owns the Superstars of Wrestling trademark to die, @LaParkaYourCar

WrestleMania XXIV is off the Network indefinitely due to a lawsuit over royalties from theme song Floyd Mayweather.

Good thing I have the DVD so I have somewhere to go when I want to watch JBL throw a trash can at Hornswoggle’s head.

I’m sure they will just edit the audio of the song and put it back up.