Brie and Nikki Bella said that they think they have one more WWE run in them, as they want the Women's tag team titles...

It’s one of those surprising but not surprising things. They probably could, be fine to give them a token run. I’m mostly surprised because I was under the impression it was just too dangerous for Nikki at this point. But, know, Edge...

You don’t want Brie versus Nia Jax? I feel a match between two of them would lead to people being healed from injury.

The ending to the NXT North American title match tonight sure was something.

Fall of Epic said:
The ending to the NXT North American title match tonight sure was something.
Click to expand...

https://twitter.com/i/web/status/1327298356511576064
WWE continuing their mission of pissing off @Big Beard Booty Daddy by signing all of his favorite wrestlers.

Apparently Alex Zayne has signed too. Trying to kill the indies during COVID. Damn you dastardly WWE!

King Kamala said:
https://twitter.com/i/web/status/1327298356511576064
WWE continuing their mission of pissing off @Big Beard Booty Daddy by signing all of his favorite wrestlers.
Click to expand...

I'm more upset of Zayne (obviously happy for Alex and Rust to get paid, but still won't be enough to get me to tune back in).

So WWE need to be out of the Thunderdome by 12/5 and one of the venues talked about is Trop Field (is this where the Marlins play?). WWE TV is long overdue for an aesthetic change so a nice outdoor venue would be a breath of fresh air.

Uh, no. That is the giant Walmart warehouse of a field where the Rays play.
H

I look forward to seeing them utilize the big fish tank in the outfield.

Someone better get thrown through Thunderdome at the end to force the move.

WWE employees not only a QAnon member, but a racist Proud Boy follower

Was worried it was the libtard AJ Styles.

Haven’t gotten to watch my recording of Smackdown yet but just seeing now Chelsea Green finally debuted and just like her NXT debut... broke her wrist... just awful


https://twitter.com/i/web/status/1327505632862285825
Been thinking about her lack of use lately and assumed she would be AEW bound when her contract is up. Who knows if they try another freeze with this. 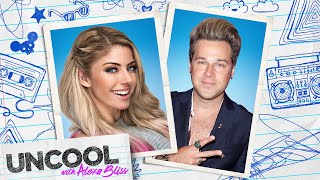 Congratulations are in order for WWE Superstar Alexa Bliss and singer-songwriter Ryan Cabrera! The couple got engaged on Saturday night, which marked a milestone in their relationship as they met exactly a year ago. Cabrera, who popped the question, revealed the news on his Instagram Story by...

I am cautiously excited about the teases Otis and Gable pairing. Ive heard before they are good friends already, Gable can be so, so good but I am not clear what role they are giving him. The promo denouncing Shorty G teased Gable returning to that Kurt Angle-like character he was in NXT. American Alpha is still one of my all-time favorite NXT acts. But his interaction with Otis tonight seemed more sinister.

Don’t think this is a tag shift as Tucker would make more sense continuing in a tag team and with the new theme for Otis and him dropping Blue Collar rants, my guess is the story is both guys in a dark place and trying to get on track now but Otis can’t act in the heelish tendencies of Gable, leading to their partnership dissolving and a series of matches.

Watched Miz & Mrs for the first time ever because I had heard it was an episode where they had Miz going to pick up an expensive Kamala toy for Zack Ryder that they’ve talked about in their podcast forever.

I never watch reality shows but everything is so blatantly staged that it is entertaining. Like, they even photoshop screenshots of eBay listings... I can’t see myself watching more though.

They filmed this so far back that most of the WWE Superstar cameos 2/3 into the episode are guys who are gone (Hawkins, Ryder, Eric Young and Karl Anderson all show up, in addition to an Uso).

@Baby Shoes could tell all of the white wrestlers apart but not the one minority. smh

If you had Nia is an anti-vax on your Bingo card, you win

Finally she accidentally hurt herself for a change.

McIntyre’s win tonight was the 15th WWE title change on Raw all time and the first since Reigns over Sheamus in December 2015.

Alexa's "with a turkey leg in each hand!" promo always goes through my head.

I was sort of worried Orton was going to get a reign longer than a month, but I'm glad it ended up being a thank you for having a decent year run.

Their matches last year were underwhelming, but Drew vs Roman with the roles reversed could possibly be incredible.

Staff member
I remember liking the last one or two they had when Roman seemed to be finally getting back on track health wise and I agree this could be really great. It seems like the one thing (without looking) that makes me interested in watching a ppv that I was seriously considering skipping.