While the modern wrestling scene has passed me by in terms of what I really enjoy, I still loyally listen to Dave Meltzer’s breakdowns and business talk. It is his mailbag segments that keep me coming back for more though as Dave will answer at least a few “old school” gems a week, often with a yet untold anecdote which gives the listener a small glimpse into the encyclopedia that is Dave’s brain. It is with that in mind that I chose to scope out this interview, with Meltzer covering a number of historical topics.

Dave became a wrestling fan at the age of 10. His friends would play baseball all day on Saturday and then watch wrestling. Dave was hooked fast by the action and the promos.

Being a writer was always in the plans, but Meltzer figured he’d be writing about traditional sports, not pro wrestling.

The Wrestling Observer was scaled back in the mid-80s as Dave worked other gigs. Then a few years later he chose to work full time on his newsletter rather than accept a job at a newspaper. It was a risky call, but it worked out for the best.

Obtaining inside information on a secretive business wasn’t as difficult as one might think. Many of the wrestlers knew they were being cheated by promoters and took to Meltzer reporting gates as a means of helping their own personal incomes as it forced the owners to be more honest with their talent.

As time went along,  even some promoters came to Meltzer and shared advice and news. Paul Boesch gave Meltzer a lot of info and advice after he retired as a wrestling promoter.

Some wrestlers were of course upset with Meltzer, as well as certain promoters. Dave provided a check for promoters bullshit, and exposed their false advertising for what it was. Meltzer received threats, but nothing really credible.

Billy Graham’s promo were one of the first things that drew Meltzer into wrestling.

Graham’s success as WWWF champion is discussed, as well as the common thought process that Graham should have been turned face and stayed on as champion instead of giving the gold to Backlund. Meltzer notes that he already had inside information by the late 70’s and knew of the plan to put the belt on Backlund well before it came to pass. 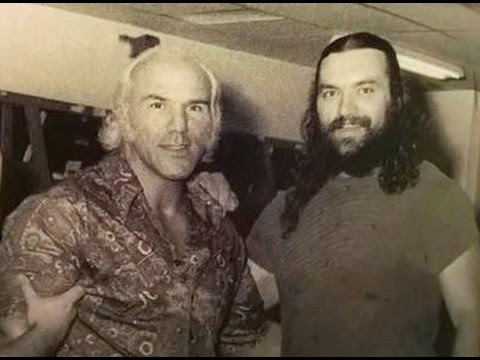 Dusty Rhodes’ booking became stale in Jim Crockett Promotions. The gates fell and ultimately the money coming in couldn’t match what was being spent. This lead to Crockett selling to Ted Turner. Under Turner, things were more about saving money rather than beating the WWF. Eventually, Eric Bischoff was allowed to spend money to build a strong roster and it lead to success until 1998, when things went south to the point that WCW lost 60 million dollars in 2000.

Vince Russo has some good ideas, but he scripted women to look poorly and needed someone to keep his other booking ideas in line.

Bill Watts said racist things, but wasn’t necessarily racist in the basic sense of the word. Watts liked to use minorities to draw certain audiences to his shows. He did explicitly state that he felt businesses should be able to pick and choose who they wish to serve, which certainly doesn’t play well in a lot of circles.

Bruiser Brody was one of the first wrestlers to help Meltzer understand the mentality of a wrestler and the web of fabrication that the boys weave and live by.

Dave discusses Brody’s murder and how the Puerto Rican based WWC protected their own star, Jose Gonzalez, from prosecution and allowed him to work another 28 years in the business as a wrestler and booker. The murder weapon vanished, and the local authorities helped make sure Gonzalez was able to avoid being found guilty. Brody’s widow considered suing the WWC for wrongful death and such, but was convinced not to because of the political protection the Puerto Ricans would provide their native son.

The Montreal Screwjob was legit and in no way a “work”. Bret Hart ended up becoming friends with Meltzer after the incident and he sent Dave documents and other evidence verifying his side of the story.

The WWF tried to make the “Wrestling with Shadows” producers remove the scene of Vince McMahon limping out of Hart’s locker room after Bret punched him.

When Owen Hart died during a WWF PPV, the show should have stopped. Meltzer believes the WWE has grown enough at this point that they would stop the show if something like that would happen again today.

Global Force Wrestling taped 13 weeks of product, but could not find a TV station to air them. TNA may need to sell off portions of the company in order to survive month to month going forward.

Dave always felt the UFC had the potential to do well once they got their product back on PPV after being forced off in the late 90’s. It took a bit longer than Meltzer expected, but they ended up growing even larger than anyone projected on PPV.

The federal government did not have the smoking gun necessary to take Vince McMahon down during the 1994 steroid trial. The WWF had almost hired Dr. George Zahorian, but Linda McMahon was warned that Zahorian was known to sell steroids and other prescription drugs. He would have then given the feds a clear link to Vince McMahon but things were too murky to win the case as it stood.

Brock Lesnar was caught in OVW with a steroid like substance, but he was ultimately cleared.

The WWE could create more stars if they stop typecasting people in lower roles for too long. The split rosters should allow creative to build new stars as there is more room for people to shine.

Hulk Hogan will be back in the WWE as soon as the office hears from their sponsors that they feel  Hogan’s racist comments will not negatively effect them.