This DVD is the sequel to the documentary I covered last week.

We open with shots of nature intertwined with home footage of UFOs, and some eyewitnesses giving their testimony to the local news. Then we see a news broadcast about Area 51. The locals from the area around the base state they do indeed see strange things in the sky, but they know better than to flap their gums about it.

Then we see a newscast about the semi-famous Pascagoula abduction, where two men witnessed a UFO land and were subsequently abducted. The men both agree that the government knows about UFOs and keeps the general population in the dark.

Stanton explains that UFOs are broken down into three categories:

IFO’s – Objects seen that can be reasonably identified or explained away.

Category two are cases that have so little information that there is no point on following up on them.

The third category involves genuine UFOs, seen by competent and believable people. These can be researched properly and data can be extracted from them. (We see a home video of a UFO flying above the skies of Area 51 to hammer home the point.)

Close Encounters of the First Kind: “Daylight disc or nocturnal light seen from a close range.” This leads into a news piece about the infamous Gulf Breeze UFO flap.

In 1955, an official government research effort was made to cover the 3,201 known UFO reports that had been made since 1947. After breaking down all the info, over 60% of the sightings were deemed to be “excellent” or “good” as far as the quality of the sighting was concerned. This report became known as “Project Blue Book”. The air force never revealed the full contents of what they uncovered, but did release an official statement to the press. This included a “summary” of the events that left out most of the actual hard data. The military also provided a “comic book” style UFO drawing. The basic gist was that the UFOs were not anything to worry about, and the military would soon be using vehicles that look similar, so no future sightings should be of concern.

An air force spokesman did admit that 3% of the UFO reports could not be explained away, but were probably some misidentified object. The actual number in the report was 21%. Almost half of the UFOs were written off as common aircraft or as an improperly identified planet or meteor. The report also revealed that the “unexplainable” UFOs were often actually the cases with the most substantial evidence. Since the military could not explain away the proof, they simply labeled it as “unknown” instead of having to declare a genuine UFO experience.

Friedman explains that most of the cases were of the vintage saucer shaped UFOs, but some cases were of a larger cigar shaped UFO, which he dubs a “mother ship” as some reports had other UFOs come out from them.

We see a news piece on a former Area 51 employee who claimed to have walked into a hangar, where he saw a large disc shaped object. Friedman suggests that if the military has the technology to build these airships that are seen flying at great speeds- which can hover without sound, then they would not be building so many standard military airplanes. Standard warplanes have far less capabilities compared to the other incredible crafts. UFO clusters have also been reported for decades, suggesting a full arsenal of craft would have to be available, which seems economically unlikely.

Close Encounters of the Second Kind: “Evidence of impressions made by the craft, burned or irritated soil, trees or grass.” We see clips of witnesses of the Gulf Breeze UFOs, as well as many images of circles left in fields or grass from something landing on them.

Stanton explains that some planets out in space have been around for upwards of 5 billion years before our Sun came into existence. There are also many planets that have the proper temperature to theoretically sustain life.

A news clip airs of Betty and Barney Hill’s famous abduction case from 1961. While driving home from Montreal back to the east coast Betty noticed a flying object following them for upwards of 30 miles. It was one in the morning.  Barney tried to write it off as a plane or helicopter. The object then stopped in mid-air and hovered only a few hundred feet from them. It was 60-80 feet long and completely silent. Barney got out and noticed windows- then saw beings in the craft. He was spooked and ran back to the car in order to race away. The next thing the Hills knew they were much closer to home than they should have been. Over time, they realized that their shoes were scuffed, their watches had stopped and their car had marks on it.

The couple reported the case to the air force. A follow up investigator helped them determine that they were missing at least two hours out of their trip home. Betty began having nightmares of being taken by strange creatures. Barney developed an ulcer so bad he had to quit his job. Two years later the couple went to a psychologist to be hypnotized with the hope that they could find out what they subconsciously were being tormented by. The couple went to the sessions separately and over the course of several weeks and many appointments, they both described a similar story of being taken by alien beings and subjected to medical tests. Neither knew what the other had buried in their subconscious.

Barney’s hypnosis allowed a police sketch artist to produce this terrifying image of the couple’s kidnapper: Friedman personally visited with the Hills in the late 60’s and he came across impressed with their story and personal believability. The strongest evidence of something occurring to them came in the form of a “star map” that Betty was shown by one of the ship’s occupants. Betty was able to draw the map thanks to her hypnosis. The map was meaningless until a different researcher successfully found Betty’s pattern in newly discovered galaxy map. The odds are astronomical that Hill managed to draw a map that would match a sequence in the stars that was not discovered until almost 5 years (1969) after Hill had released the map in the couple’s book about their experiences (1965).

A clip airs of Betty talking about getting a report from the local air force of their radars tracking a flying object in the same time period as the Hill’s believe they were abducted. Barney died of a stroke in 1969, and as of the making of this video Betty was still publically recalling their experience.

“At sunset a burning shield passed over the sky at Rome. It sparkled from the West and passed to the East’ – Roman soldier 98 AD.

A small business owner from Gulf Breeze talks about his UFO sighting. 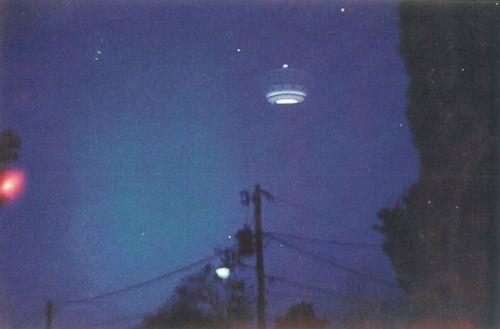 Close Encounters of the Fourth Kind: “Witness claims to be abducted by extraterrestrials.” A UFO investigator speaks on an Area 51 employee who told him of a flying disc that he witnessed land at the base. Another case came from a group of army radar operators who watched something come in and out of their airspace, stop on a dime, and roar off. Some sightings have upwards of 50 witnesses. Jimmy Carter was with a group of 10-12 people when his UFO encounter occurred.

Senator Barry Goldwater stated U.S. commercial pilots have reported UFOs buzzing close to their craft. Goldwater believes the government has information and ongoing studies on UFOs that the common person will never hear of.

The Roswell Incident and Alien Autopsy

Friedman covers how small hints were dropped that a video existed of aliens being autopsied after the Roswell crash. Ray Santilli was the man behind the footage. The footage was shopped around for bids. Friedman contacted Santilli to try and view the footage for scientific purposes. He was refused access to it. Eventually TV specials were aired in America and Britain using the footage. It was deemed a hoax by many, including Friedman.

Friedman briefly overviews the Roswell case. Stanton remains convinced that two UFOs crashed in the desert in July of 1947 and bodies were recovered from both sites by the government. Stanton replays mortician Glenn Dennis’ testimony that was such a key part of the first documentary in this series. As I mentioned in the last article, Dennis’ story has been pretty much debunked as made up, so Friedman basing so much faith in it is disconcerting.

Friedman breaks down the “alien autopsy” footage and compares it to Dennis’ testimony of how they looked (as told to him by a nurse friend.) The being does not match what was seen at the base, so Stanton deduced that the footage was not authentic . Santilli refused to give Kodak a test sample of the film in order to test it for age.

Washington and the Paper Trail

In the 90’s new witnesses came forward about Roswell. This helped inspire a congressman from New Mexico to officially inquire with the Air Force about Roswell. They gave him the runaround. The Air Force attempted to cut off the story by releasing a new report on Roswell. They stated they lied about the weather balloon back in 1947 and the craft was actually the top secret “Project Mogul” involving microphones being sent into the air to help detect Soviet nuclear testing. The Air Force did not contact any of the living eyewitnesses from Roswell to gather fresh info for their report. They also tried to pretend that the CIA allowed them to release new images from the incident, but these turned out to be the same pictures that first appeared in newspapers in 1947. Friedman had those images since the late 70’s. The Air Force also omitted rancher Mac Brazel stating that the wreckage was certainly not a weather balloon, since he had found several crashed balloons on his property over his years on the ranch.

In December 1984, two fellow UFO researchers were sent photocopied images of a “top secret” document that was prepared for President-elect Eisenhower in order for him to be debriefed on the UFO phenomenon. Only 8 pages were present of the documents, but other pages were sourced.

Another recent document was uncovered that was alleged to be 25 pages for the “standard operating procedure” on how military officials were to collect downed UFOs, how to handle the bodies of occupants, and how to suppress the news from the public. The documents also included methods to make sure the USSR does not obtain information gathered over the course of the investigations.

We close with more random clips of Area 51.

Final thoughts: This documentary was not as sharply edited as it’s sister production was. The clips that served as transitions seemed to be placed erratically and were not surrounded with context or fleshed out. Still, parts of this documentary, such as the retelling of the Hill’s story, were deeply engaging. Friedman’s conviction and narration make for compelling viewing, even if some of the matter is debunked.