In all fairness, when Taz suplexes someone they only get about 3 feet off the ground so there's less chance for injury when they land Hulk Hogan On Jinder Mahal: "With The Right Push He Could Be The New Generation Hulk Hogan" | Fightful News

Hulk Hogan is a big fan of Jinder Mahal.
www.fightful.com
A superhero babyface Jinder might work in India and the weirdsss contrarian parts of Wrestling Twitter maybe...maybe. But those are only two places. Well and Hogan’s Beach makes three.

I hate Val. Can't even be bothered to drudge up the Coffey post anymore.

That ugly dude who got famous talking about how awesome his dick is to a predominately male audience on national television is right.

Valeyard said:
That ugly dude who got famous talking about how awesome his dick is to a predominately male audience on national television is right.
Click to expand...

What about people who were conceived in vitro? What do they owe to the heterosexual lifestyle? Some people have complained about the 'crown of thorns' spot that AEW used in a title match last night...

411mania.com
It's funny that a guy whose name was invoked in the Gold Club Scandal (and semi-openly admitted to being a swinger in Russo era WCW) and the guy who is known butt humping his opponents are suddenly the IWC's voices of moral authority.

I hope someone pointed out the theory that controversy creates cash.

Odds are that the people who'd be truly offended over such an act weren't even going to watch because of how pro-LGBTQ+ the company is anyhow.

they should have nailed him to a cross because I didn't even notice at the time. I'm more bothered by the match not being very good. 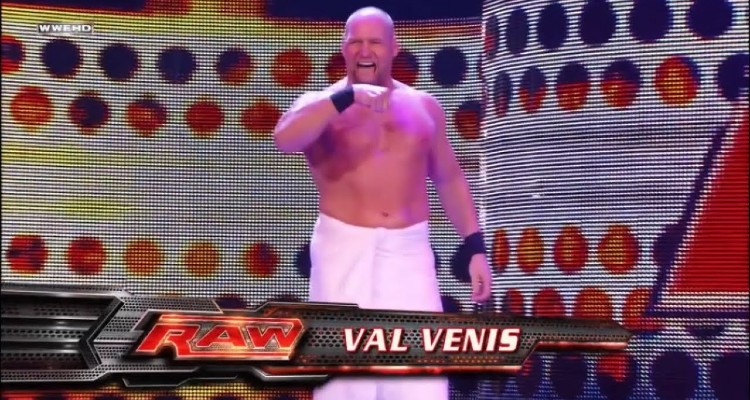 Libertarian pro wrestler and cannabis entrepreneur Val Venis was kicked off Twitter once and for all with no explanation.
www.themix.net

Val Venis went, and got himself kicked off twitter. I know he’s an ultra right-wing wacko. I imagine it was spreading the usually bullshit or something.

With Twitter's new owner, I imagine he'll be back real soon.

Libertarian pro wrestler and cannabis entrepreneur Val Venis was kicked off Twitter once and for all with no explanation.
www.themix.net

Val Venis went, and got himself kicked off twitter. I know he’s an ultra right-wing wacko. I imagine it was spreading the usually bullshit or something.
Click to expand...

Should I admit when I met Val a few years ago he popped when I told him I heard some of his views on a shoot interview and found his perspective to be interesting. (I was probably the only dork not to go "TEE HEE you made dick jokes!"

What about his views did you particularly find "interesting" (genuinely asking)?

There are quite a few libertarian viewpoints that make sense, namely those that deal with personal agency, but I'm also interested in hearing which ones our resident Greyskull enthusiast agrees with.

I think libertarians (and really any and all credos) don't take into account how complex people and society are. Personal agency (or as libertarians love to go on about responsibility) is a great thing and very important but it is only one factor. It also works the other way with people who want to pretend they have no agency at all of course.

and yes I also very much want to hear what @BruiserBrody was so intrigued by.

Libertarianism seems cool and appealing when you're 15. If you're any older and that's unironically your ethos then you're an idiot and/or a nihilist.

i'm disgusted by your leftist intolerance

Springtime for Epic said:
What about his views did you particularly find "interesting" (genuinely asking)?
Click to expand... 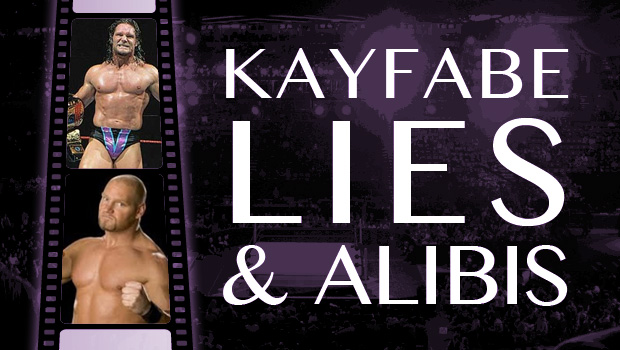 "Just like opening Al Capone's vault"; what better metaphor for a Val Venis shoot?
culturecrossfire.com
....
Well... It looks like I didn't add any of his politics but did mention my interest in his views... d'oh.

Honestly, I would have probably enjoyed a two hour political discussion on Val’s views more – even if I wouldn’t have agreed on much of it.
Click to expand...

Libertarianism seems cool and appealing when you're 15. If you're any older and that's unironically your ethos then you're an idiot and/or a nihilist.
Click to expand...

You say "nihilist" like someone who thinks it's only about wearing clown makeup and being pouty.

Lanny Poffo was paid how much?

Look what's insulting is that he 100% would know exactly what a giant financial flop would look like.
G

Didn't he sell 100k shirts at 29.99 a pop in his first month in the company alone? Just in one month of merchandise he brought in around 3 million dollars (not sure of the split between Punk/AEW/PWTees).

The buyrate for All Out was 205K (and I'd argue you could give about 100K of that to Punk). At 50 per buy that is another 5 million (minus the ppv companies share).

Even at AEW only getting 50% of merchandise and ppv money, just in the first month Punk brought in around 4 million in revenue to AEW.

Rumors are his contract is for 5 million a year. So, he basically paid for 80% of his first year in 30 days.

Oh, and I forgot about the United Center gate. That's also all Punk. So, that basically means the whole deal was paid for in his first month.

I saw the video of Flair practicing the top rope slam. Honestly, if he stopped before he climbed the ropes and pointed to his head he’d get 5x the reaction.