TV Guide had Phil Muchnick openly bashing the product and even that didn't hurt the WWF.

BruiserBrody said:
Well... WCW couldn't make the mag business work in 1990/91ish meanwhile the Apters kept PWI, Inside Wrestling and The Wrestler running for over a decade plus all at once.
Click to expand...

On a recent John Arezzi podcast, the co-host Bob Smith (who was a writer for PWI *and* the early '90s WCW Magazine) was talking about how WCW barely had any involvement in its own magazine. All of the wrestlers assumed it was just one of those Apter mags (which I mean, it *kind of was* at that point) and brushed the writers off.

Edit- Looking at the WCW Magazine Wikipedia entry and it looks like they didn't publish their magazine in house until 1999. That makes sense cause in WCW's MNW era heyday, they always shilled the hotline in favor over whatever was in the magazine. It didn't really become remotely important until the dying years and even then just barely.

I remember a legitimately interesting, mostly shoot article on Vampiro's life before WCW in a '00 issue though. That's where I learned he was a bodyguard for Milli Vanilli before he got into wrestling!

Is Lanny Paffo gay? I don't know if he was ever married or anything.

JN News said:
Is Lanny Paffo gay? I don't know if he was ever married or anything.
Click to expand...

Lanny cites Bill Eadie, Rick Martel and Tito Santana as the only 3 guys who can claim to have gotten married and stayed with their wives for a long time. Lanny lost a bundle in his divorce and will never marry again.
Click to expand... 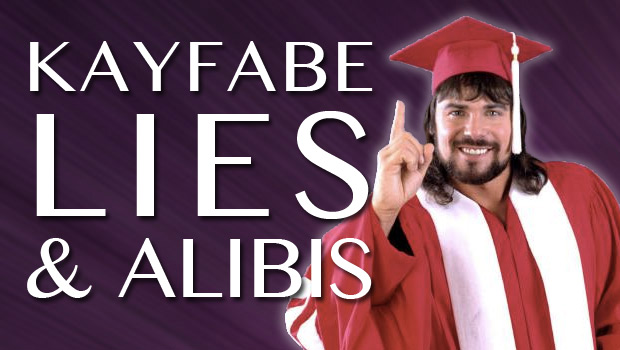 Certainly a fun watch as Lanny has smarts, charisma, no ego, and self-deprecating humor.
culturecrossfire.com

If Lanny Poffo is gay then why does he always post pictures of himself with much younger women on his Facebook?

Well, if he's not gay, then he's not gay. I kinda got curious when he started prancing around the ring when he was The Genius in the WWF.

JN News said:
Well, if he's not gay, then he's not gay. I kinda got curious when he started prancing around the ring when he was The Genius in the WWF.
Click to expand...

On John McAdams podcast he mentioned that Gorrila Monsoon was not a good man outside the ring, and that he was not really the uncle figure people think that he is. I know that he may have fathered Victor Quinones, but what did Gorrila do that would make him a man of bad caricature?

Only dirt I have heard on Gorilla is that he was a gambling addict. He was also a legit badass in his day and one of the only people to no sell Stu’s torturing and bloodying in the Dungeon.

I'm not sure I've heard anyone shit on Monsoon.
He always carried a lot of personal cash on him.
I can see him being one not to riffle with given his status in the WWF.
I'm not sure anyone could "no sell" Stu's stuff. Was this suppose to take place in the 60s? At least then it makes sense that Stu might be still doing some shooting in the Dungeon and not just making guys surrender their bodies.
There are cases of Bob Roop and others losing fan challenges to the Sugar Hold. So maybe Monsoon was able to power out of something?

It's in Bret's book. Stu had a hard time taking down the Gorilla. 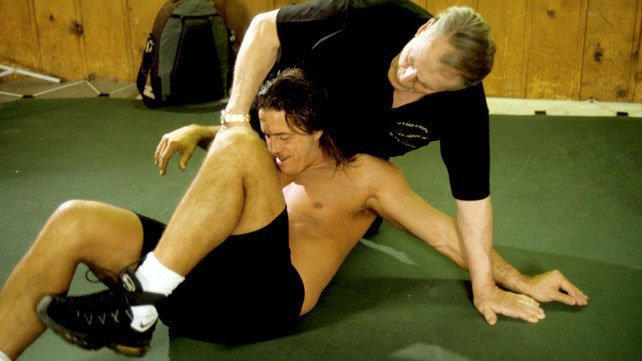 WWE.COM: One of the odder rumors is that Gorilla Monsoon was trained by your dad.

HART: That’s true. Monsoon did train with my dad. He started his training up here and then went back to New York. My dad had a great story about Gorilla. He had Gorilla in some kind of submission hold. It took him a long time to get him in the hold, because he was such a tough customer. My dad brought his forearm across his face and busted Gorilla’s nose. Blood was pouring out of nostrils. Blood was everywhere. Gorilla was furious, but my dad wouldn’t let him up. Gorilla said that he was pushed to the limit that day in The Dungeon. Then, for years, he would talk about The Dungeon during my matches. My dad always had a lot of respect for Gorilla.
Click to expand...

Monsoon/Marella placed second nationally in the 1959 NCAA wrestling championship. He was 325 pounds and it wasn't fat. Even if Stu was a better wrestler it is not easy to move around something that size with a clue.

Gorilla being a POS is something I've never heard of.

McAdam is also an OG smark who is the type that perennially voted for Gorilla as "Worst Announcer" in the Wrestling Observer year end awards and assumed everyone who worked with Vince McMahon was evil personified.

Which ya know...the latter assumption considering the events of the last few months (and last 40 years) is probably pretty safe.

Nobody I've met in the business has ever said anything negative about Gorilla. Only thing I can think of would be his gambling as Bruce Prichard has said that even once Gorilla was essentially retired he would come into the office to see if there was anything to bet on.

Chief Jay Strongbow, on the other hand, I've heard was hated by a lot of people. Lanny Poffo once told me he just started writing poems about everybody on the roster because Strongbow hated the poet gimmick and wouldn't tell Lanny who his opponent was until the last minute.

Well, a lot of people say that "nobody is innocent". I loved Gorilla Monsoon a LOT whenever I watched him as an announcer on Wrestling Challenge, PTW, and on PPV, especially with Bobby Heenan.

I think Gino was a good man. But NOBODY is innocent. We're all guilty in this life. The Bible says that we're all sinners and we've all fallen short of God's glory. That's just the way that it is.

Sorry for the religious guff. It's just the truth.

Let's put it this way. I've never seen a specific allegation of rotten behavior towards Gorilla.

Conrad working on plans for #HACKSAWSLASTHOOOOOOO as we speak

Duggan vs Iron Sheik let's get it

Iron Sheik is probably the one wrestler who could possibly look worse than Flair so why not?


(A 2022 Hogan match would be abysmally bad too but he knows his limitations so he's always been way more of his limitations than Flair so Idk if he'd ever even leave his feet. It'd probably be punching and maybe a very ginger bodyslam. I think he's admitted he can't do the leg drop anymore cause of his bad hip.

Sheik though. I feel like he'd be near death if he did anything remotely strenuous.)

Billy Graham would look the worst of any retired wrestler which has been true since 1988.

At least I don't think there's been any rumors of SBG coming back since 1988 although I'm sure you or @BruiserBrody could dig up some old WON notes that prove me wrong.

Gotta get Jarrett in that match somehow.

Jarrett's got Hogan in the main event

Honestly this Conrad guy seems like he could book a super sad Heroes Of Wrestling revival. Which I'd still watch.

Anybody here know why Vince decided to Dory Funk Jr.'s WWF name to Hoss Funk? I mean, why did Vince have to do that? Dory & Terry were former NWA World Heavyweight Champions, and they deserved to be respected by all wrestling promoters and fans. I don't get that.
You must log in or register to reply here.
Share:
Facebook Twitter Reddit Pinterest Tumblr WhatsApp Email Share Link
Top