JN News said:
Anybody here know why Vince decided to Dory Funk Jr.'s WWF name to Hoss Funk? I mean, why did Vince have to do that? Dory & Terry were former NWA World Heavyweight Champions, and they deserved to be respected by all wrestling promoters and fans. I don't get that.
Click to expand...

I don't have the answer but I watched Dory's debut yesterday (it's on Villains of the Squared Circle available on Peacock) and Bruno refers to him as Dory, so it wasn't immediate

I remember watching an old Funk brothers WWF promo on YouTube and wondered by Terry referred to Dory as "Hoss".

Was Vince already concerned about copyrights in ‘86? Otherwise, my wild guess is he thought Dory was too feminine of a name. That’s dumb enough of a reason in my mind for Vince’s psyche.

He probably liked Bonanza as well.

I thought the answer was accepted to be that Vince despised being called Junior so he removed Dory Funk Jr's name due to being triggered.

And the 1986 WWF fan didn't know/care who Dory Jr was, so Hoss being a slightly more marketable gimmick name works.

I just watched an interview segment on WWF Prime Time Wrestling with then WWF announcer, Ken Resnick and the Hart Foundation and they mentioned the definition of a girl dog, which happens to be the word "bitch". They actually say the word, "bitch" on that show and that was LONG before the Attitude Era.

Any truth to the rumor that Savage was close to re-signing with WWF in 1996 and was going to be the mystery man on Team Savio at the Suvivor Series but when it fell through, that's when they decided on Snuka?

With the way that match went, I'm happy Savage didn't return in that mess.

There were absolutely rumors that Savage was going to leave WCW. That's why he put Hogan over so strongly at Halloween Havoc '96 cause people thought it might be his last match for WCW.

I was fucking hyped for Savage coming back and was sure he was the mystery man at Survivor Series. Never got more let down.

I seriously think that above all else Savage not coming in in 1996 is what got him blackballed. I'm willing to bet Savage told Vince he was coming in (with Slim Jim) and then bailed the second WCW offered more money.

It's amazing how quickly that homophobia became persona non gratae inducing behavior in the mainstream. Like 10 years ago, "no homo" was a relatively acceptable thing for straight dudes to say. I guess things did change overnight when gay marriage was legalized in 2015.

Not quite overnight, but the change over about twenty years was remarkable.

The implication that four of these meaty guys all piled into that tiny sports car wearing their suits and got out just to awkwardly pose always amused me.

Maybe a private plane would have fit the gimmick but who am I to question the artistic vision.

I really like the big beats of the Evolution angle and it was kind of Triple H redeeming himself after reign of terror (even if it was in kind of a transparent, disingenuous feeling way) but man have I never really felt the urge to watch the mid '00s RAWs I missed during the lapse in my fandom.

Hawk 34 said:
The implication that four of these meaty guys all piled into that tiny sports car wearing their suits and got out just to awkwardly pose always amused me.

Maybe a private plane would have fit the gimmick but who am I to question the artistic vision.
Click to expand...

King of Summer Kamala said:
Like 10 years ago, "no homo" was a relatively acceptable thing for straight dudes to say.
Click to expand...

Yeah and I miss it tbh. "Pause" just doesn't have the same ring.

How did the Federal Government find out that Vince McMahon and the WWF was making all the wrestlers like Hogan, Savage, Warrior, etc. take steroids? Did someone blow the whistle on Vince, or what? What happened there?

William Dunn (strength and conditioning coach for the University of Virginia and major steroid and painkiller user) got busted doctor shopping and tried to get a lighter sentence by giving up the name of one doctor who he knew was dealing drugs - George Zahorian. After Congress passed the Anti-Substance Abuse Act of 1988 the FBI started paying a lot more attention to steroid dealing, so they subpoenaed Zahorian's FedEx records and found frequent shipments to Vince, Hogan, Piper and other WWF wrestlers - some to hotels in cities the WWF was traveling to and some at Titan Tower. Dunn also started wearing a wire when he bought from Zahorian and eventually the feds raided his office, finding the doctor in the act of shredding receipts with Piper's and Lord Al Hayes's name on them. From there they started building a case against Zahorian and that led them to start investigating Vince.

Looks like it was a San Fran, Lots of WWWF guys as partners and opponets. Pedro, Muraco, Saito, Fuji etc

I can't imagine Patterson's greatness balances out Garea's dullness. But I do not care for Garea.

At WCW Halloween Havoc 1995, Kamala was supposed to face Randy Savage with The Zodiac in his corner. Apparently, something happened and Macho Man ended up facing Zodiac. What happened there and why was the match changed on such short notice?

Kamala quit WCW because he was only making $500 a night, or $800 for a PPV. He didn't think it was worth it to get squashed by Savage. He was making more money driving a truck.

What was the story behind Jerry Lawler getting indicted in November of 1993 before the Survivor Series that year?

JN News said:
What was the story behind Jerry Lawler getting indicted in November of 1993 before the Survivor Series that year?
Click to expand...

He raped a teenager 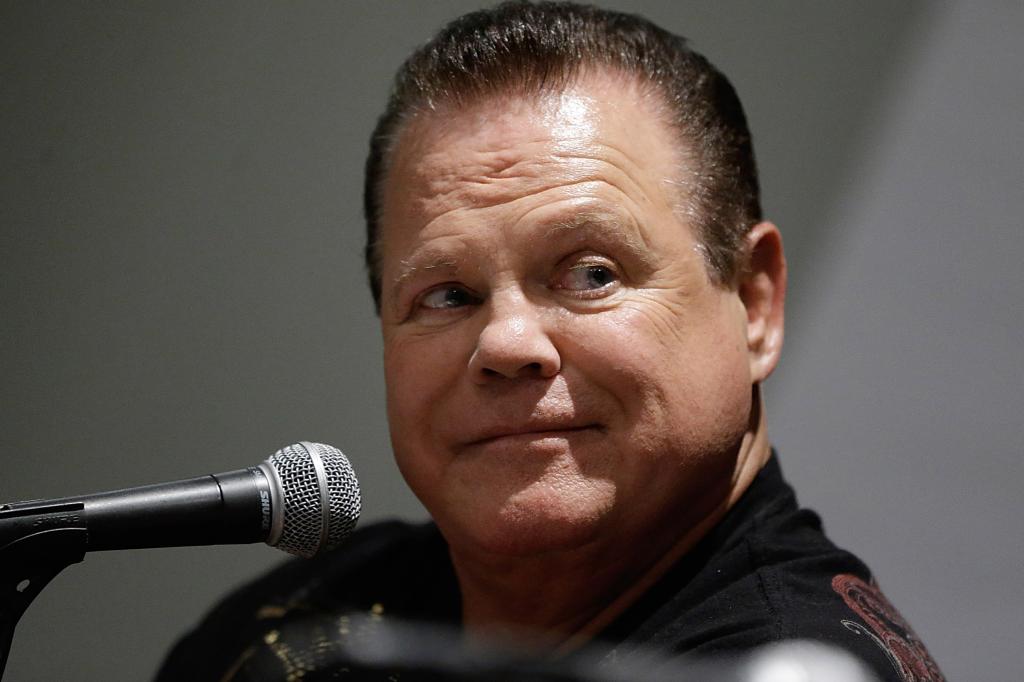 Jerry Lawler retweets story on his 1993 arrest for sodomy, rape

Jerry “The King” Lawler got body-slammed on social media Monday after he retweeted a picture of an old news story about his 1993 rape and sodomy arrest. “WHY WOULD HE RETWEET THIS…

Here's my review of WCW The Great American Bash '99. Vice TV Announces 'Tales From The Territories,' The Rock And 'Dark Side Of The Ring' Team Involved | Fightful News