The Bad Batch debuts May 4th.

Loki in June too I think

Hey man this is Star Wars territory in here.

lol damn i misread the thread.

I'm here for that and there for Idira Varma.

I haven't seen a Star Wars movie since 1999ish when someone played the Jar Jar Binks movie in study hall so I had no real idea to what level the franchise is angling towards being a shit show. I enjoy Retroblasting, and they did a good hype job on this video to make me want to check it out anyway, and I ended up watching the full 30 mins.
Just from a retail mindset, I can't fathom why they'd get rid of Baby Yoda, not to mention all the other things going haywire.

After giving it an unnatural amount of thought, I want an anthology show set in the galaxy like Tales From The Crypt but hosted by Yoda.

Among the expanded universe books back in the 90's were Tales From The Mos Eisley Cantina, Tale Of The Bounty Hunters, and Tales From Jabba's Palace, which might scratch that itch if you can find copies.

I'm about half way through Star Wars Visions and they're mostly really fun. As someone who is familiar with all the anime studios that made them it's especially fun seeing their takes. As soon as I saw that Trigger made an episode I knew it was going to be absurd and it sure fucking was. 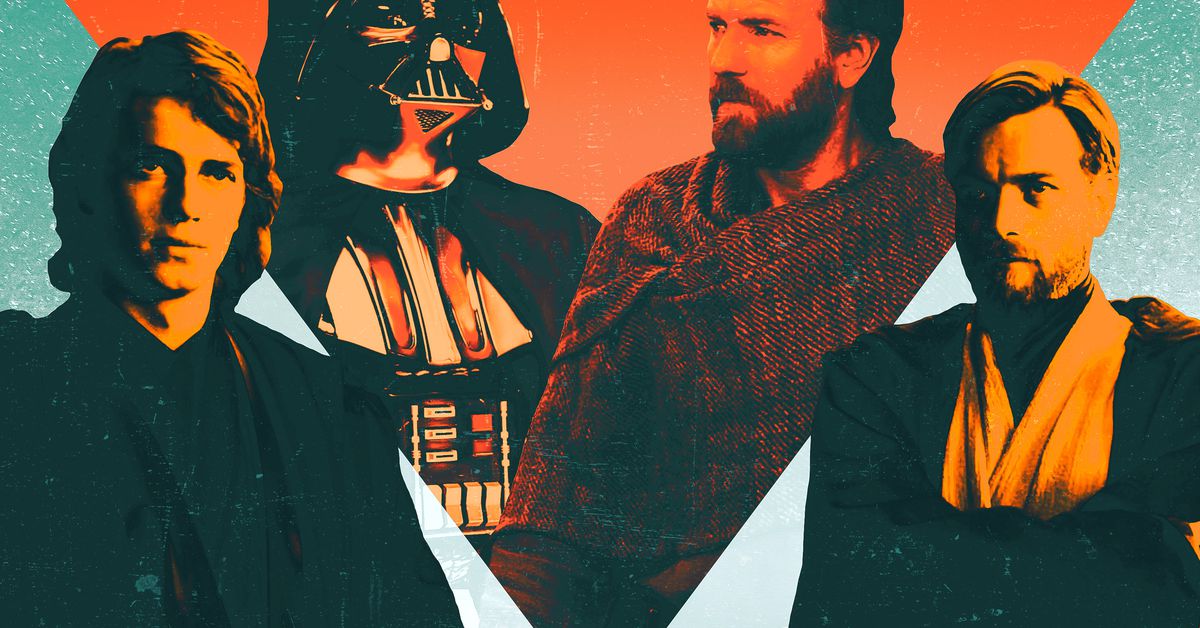 After enduring two decades of mockery, George Lucas’s prequel trilogy is now in vogue with the return of Obi-Wan Kenobi

www.theringer.com
I never thought I'd be one of those millennials who complain about Gen Zers and yet...

(I am looking forward to Obi-Wan Kenobi and I guess that wouldn't have been possible with them deciding the prequels were good. I guess you're alright, Thunberg.)

Super quality look to the series thus far. Don’t want to say anything too spoilerly just yet. Went in fairly blind, so it was cool seeing some characters I wasn’t exactly expecting.

Only complaint is that Third Sister’s performance comes off as some of the cringiest bad acting I’ve ever seen in something I like. She could be the new Jar-Jar.

Edit. And since the actress has been the target of terrible racist posts. So it makes my comment look a little cunty. But I still think she’s bad. But obviously doesn’t deserve the Star Wars shitboy crap that’s going on.
Last edited: Jun 1, 2022

did we have a thread for "the book of boba fett"? I can't find it just scanning the last couple pages quickly. Whatever.

I thought it was pretty meh. The way Mando came in and totally stole the show from him was amusing. Turning Boba Fett into a pretty soft protagonist is certainly an...interesting choice.

I really hate what the prequels did to the Jedi and have now turned into continuity. The idea you can't have "emotional connections" just turns them into douchebags. Also really funny hearing about what a great guy Anakin Skywalker was in the same episode we saw clips from the Temple invasion ans child slaughter he led.

Boba Fett was just a snoozefest. Tatoonie is just a complete bore of a setting for that much time.

I never want to see Tatooine again. Star Wars has the smallest galaxy ever. It's the same planets and the same people over and over. They even hammered that over the head by having the one X-Wing pilot show up for no reason.

I've love for them to expand the universe more, telling more stories with a smaller scale. Some people on the other hand are miffed that things like the Trade Federation exists.

i don't have a problem with the idea of the Trade Federation but the execution in the prequels was pretty bad. the whole "space mandarins" thing didn't help the accusations of racism the movies were already facing.

It was nice that they did the Anakin, and Ben flashback without de-aging the actors to look like a PS4 game. They were just older, and it was ok.

Caught up on Obi Wan today. It's pretty good but personally I don't like the idea that Obi Wan and Vader had an encounter between the prequels and "A New Hope". I think it really takes away from the gravitas of their final encounter on the Death Star. I like the idea of Vader obsessively looking for him, I like Obi Wan being traumatized by everything that happened, and his reaction to finding out Anakin is Vader, etc. I think it would have been better if Obi Wan never actually encountered Vader directly in the show though. The scene where he is hiding and Vader is raging around killing people is far more interesting than when they actually confront each other.

Third Sister is not a good secondary antagonist is the only issue with that obviously. Like YNA said she's getting a lot of totally unfair racist attacks so I don't want to be too hard on her, but she really isn't a great actress or at least the material isn't giving her a lot to work with. The kid playing Young Leia is pretty good, and shows that you can actually have a tolerable kid actor in Star Wars.

Finished Kenobi and I thought it was a pretty strong episode. The stuff with Vader/Kenobi was great even if I still think it takes away from ANH overall. His relationship with Leia was a good addition to the canon as well.
You must log in or register to reply here.
Share:
Facebook Twitter Reddit Pinterest Tumblr WhatsApp Email Share Link
Top