The Undertaker may actually be retired?

Had a guy asking $400 for a PSA 9 of that card locally. I'd about imagine what an autographed copy goes for with this information. 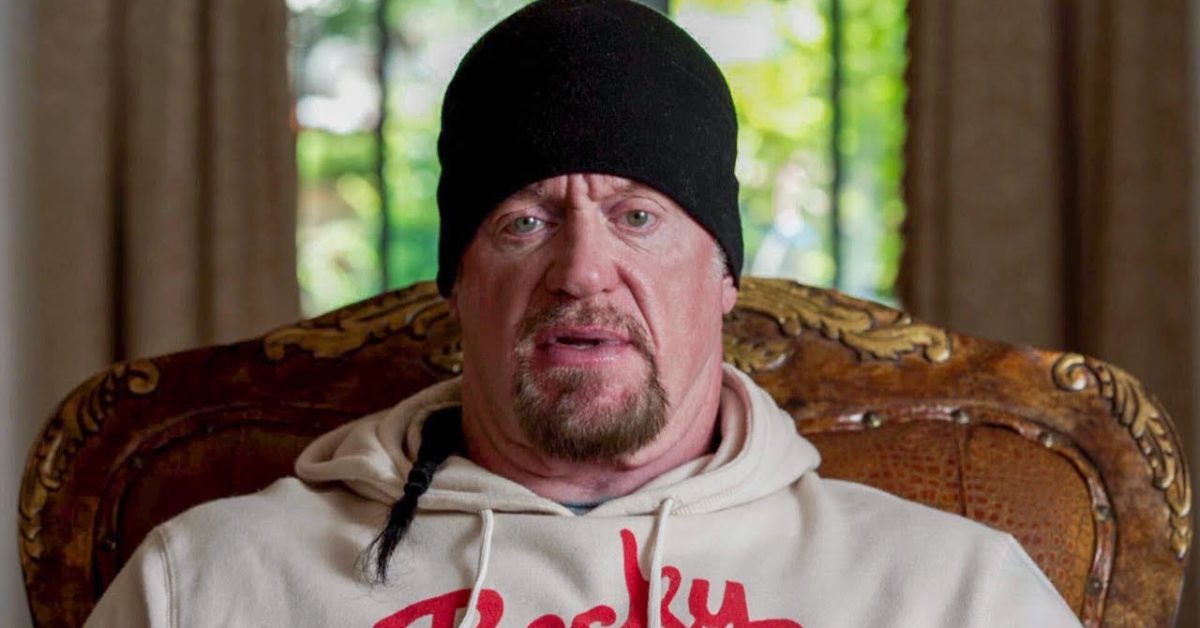 If you plan to pay The Undertaker $225 to sign his name (AND ONLY HIS NAME) at MegaCon, you'd better bring an approved item.
bleedingcool.com

Assuming the 91 is considered a rookie, and goddamn you if you think you’re paying him $200+ for an autograph you’re going to make money on.

$229 is about $229 more than I would pay for an autograph from the Undertaker.

alkeiper said:
$229 is about $229 more than I would pay for an autograph from the Undertaker.
Click to expand...

Careful, I was scolded for calling him MAGATaker

I stand by it. I have the literal receipts.

No one look up how much recent Pro Football Hall of Famers charge for autographs.

I'm not gonna buy 'em but good on them for being able to milk superfans, I suppose.

My friend paid $300+ to get an auto from Allen Iverson a few years ago. To be fair, he was signing his rookie Sixers jersey so I think that price tag was justified.

Think he'll sign a replica death certificate of a school shooting victim and not charge 300?

I consider every NRA member to have a share in the guilt of all these deaths. The NRA's lobbying and PR has been instrumental in shaping gun culture and creating the conditions for this shit.
T

Can’t exactly say I’m shocked that the guy who once referred to his guns as his “2A toys” on Instagram is a regular donor to the NRA.

The Undertaker is debuting his one man show in Nashville the night before SummerSlam.

Cutting the cord after this weekend, so it's time to binge some DVR junk ASAP.

Undertaker on A&E is on the docket:
- Unintentional comedy right away as Big Johnny is w/ Taker. This segues to Vince and Taker hugging and exchanging "I love yous" at the 2022 HOF. Off camera, the paralegal is sadly left out of her normal spot between Vince and ol' Johnny. (@King of Summer Kamala: Cancel Brody!!)
- Vince seems to again not understand how actual humans work and think and only mimics their actions as the hug he gives Taker turns a little into a caress. He then aggressively slaps his shoulder to establish that he's still ALL MAN despite exchanging emotions.
- Austin Theory stands by Vince, awaiting the old man changing his mind and turning his gimmick into a sock hop dancer or something.
- Timmy White cameo. RIP - That sounds disingenuous been written during an Undertaker documentary.
- All the stooges have to divert their eyes for any interaction not involving them, perhaps out of fear that the crazy old man in charge will send them to purgatory.
- Undertaker visits his childhood home. His mom collects statues of cocks. Lots of cocks. And Taker merchandise.
- Taker talks about watching WRASSLIN' as a kid. Red Bastien gets national exposure in the year of our lord 2022. Bobby Heenan is shown managing/teaming with the Original Sheik at Comiskey Park in 1974 (Dick the Bruiser and Bobo Brazil were their unseen opponents). We see clips of Sheik vs Bobo Brazil from what may be the Detriot territory based on the red mat. (The color, not blood from Sheik's blade jobs) Eddy Creatchman and the Sheik are shown at a big stadium show. (Toronto? Maybe? Sheik worked Harley Race and Tiget Jeet Singh at those stadium shows in the 70s).
- Taker talks about how he broke into WCCW because he met Fritz by accident and Fritz liked that he looked like David. The very next thing out of Taker's mouth is "So that Friday night I debuted under a mask as Texas Red" Way to take advantage of looking like David!
- Dan Spivey talks about how he lost his cool over WCW not pushing he and Taker so he "went crazy" and beat up Hawk on live TV. We see the clips and the chair shots are all safe, with the blunt of the chair hitting the mat to remove most of the sting.
- Spivey is mostly telling the truth in saying he quit after that as he and Taker only worked 3 more shots vs the Road Warriors and then never teamed again.
- They bury Ole Anderson for telling Taker "You'll never draw money" but a few mins later Bruce Pritchard tells of bringing Taker's tapes to Vince and McMahon tells him he doesn't see anything in Taker but another big guy and isn't interested.
(For the record, that means Vince didn't want Taker in 90, Foley in 95/96 and thought 96 Austin should be a wrestler who needed a mouth piece and was to serve as a midcard workhorse ala Hammer Valentine) Sometimes even billionaires convictions are wrong...
- Side bar - That leads to an interesting thought in my head. Had the timing been only one year different, Heyman working w/ WWF to secure Taker (as he says he did in 1990) could have led to Heyman getting a manager spot in 1991 since suddenly Heenan and Slick were gone, Fuji was old and Jimmy Hart became the top heel manager by default.
- They show B role of Vince at Titan Towers and I amuse myself by picturing Vince as Michael Scott. Diversity Day plays out much different in Stamford.
- Taker's mom worked at a funeral home.
- Taker's mama didn't like the gimmick. Too weird.
- The prop caskets were used as a bed for naps on TV days by Mark. If Paul Bearer's old blogs are to be believed, PartyTaker needed to sleep it off anyway.
- Mama Taker got sick of Sid shit talking the fans during a Taker match and tried to jump the rails in 1996.
- We see VHS clips of Corny teaching Mayor Jacobs how to do Taker's spots.
- More gentle Vince burials as HHH points out Vince pretended the STREAK was a long plan once someone pointed it out to him. Then Bruce and Doc Hendrix both say they hate that Vince ever ended it.
- The Michelle McCool version of their courtship is a tad uncomfortable. "I told him if he would just leave me alone I would go out to dinner with him".
- Taker puts over Vince and Heyman puts over Taker's legacy to close out the doc.