I almost want to download it, just in a moment of perverse curiosity 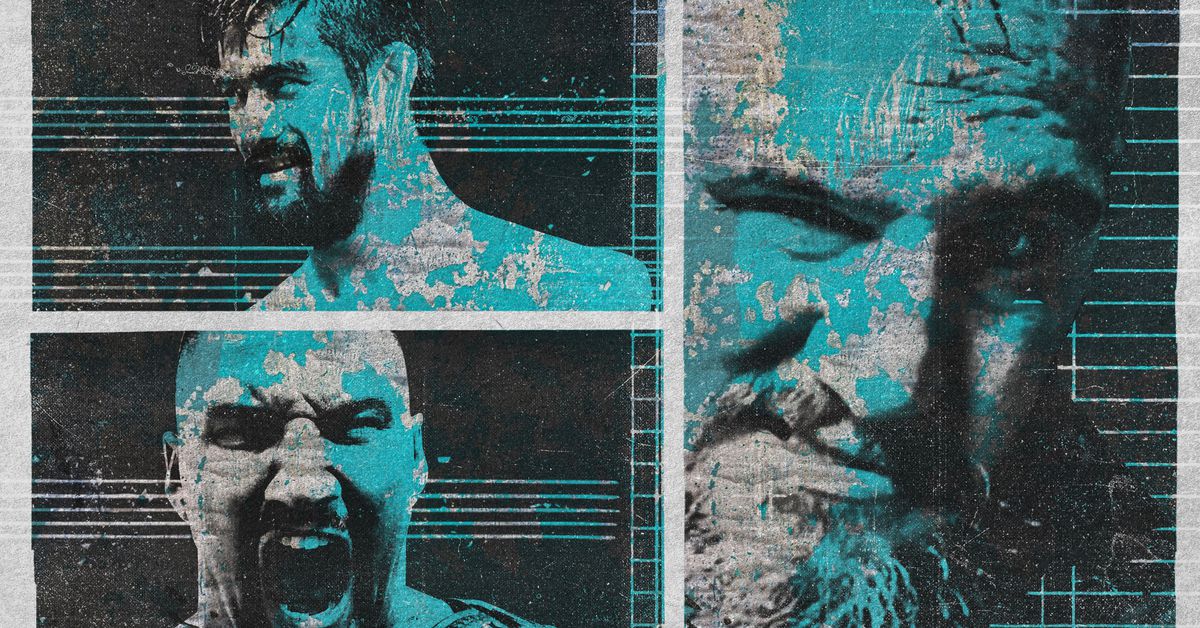 Your top pro wrestling matches of the week

www.theringer.com
Necro Butcher Vs Hoodfoot somehow was one of The Ringer's matches of the week. It only took twenty two years but XPW has finally made a best matches list.

I still stand by Messiah/Supreme from Go Funk Yourself as a great US deathmatch.

Sorry to hear that.

Is there at least uncomfortable sleazy nudity?

I have only gotten through an hour of this shitshow but holy fuck.....starts out with some of the most terrible audio issues known to man, the entrance music stuff was so loud and brazen and static-filled that I almost wanted to shoot myself, then the mic issues trying to hear Kris Kloss, then Rob Black comes out and cuts a bizzare promo against just about everyone, followed by a kinda sorta XPW alumni rollcall of Jasmine St. Clair, Veronica Caine, etc, And then the matches start, a Silas Young match, then a Pogo the Clown match which was goddamn terrible, and then a strangely intruiging match between Kamille and Taya that probably would be better than this in any other company. At that point I stopped once I saw this show was 7 FUCKING HOURS LONG. I'll get to more of it during the week but this is going to be tough to get through!

The crowd wasnt very large to start, so I can just imagine how little there will be at the end. Then again this was in what looked like an outside bar, so chances are the alcohol flow will keep the crowd going on some capacity?

Valeyard said:
Is there at least uncomfortable sleazy nudity?
Click to expand...

FWIW, the Butcher/Hoodfoot match that Schneider talked about in that Ringer article is available by itself.

XPW is doing a women’s tournament and it actually has a pretty damn solid roster.

Valeyard said:
Is there at least uncomfortable sleazy nudity?
Click to expand...

I might start stanning for Sage Sin and Ludark Shaitan. Jury's still out.

Getting ads for this on Facebook, doesn’t seem to be an official XPW event but the tickets go through their site.

Last XPW show actually was a reasonable length. Turns out people will be OK if you just do the first round of a tournament in one show.

I've expected the unexpected the last 10 years but I am not ready or prepared for a competent XPW.

XPW has a Roku channel.

It has almost all of their shows, both from the original run and the reboot.

I'll have to tune in after I watch Extreme Legends: Greg Valentine on Tubi.

Of course *THIS* is the weekend I am visiting NYC for my brother’s birthday. Gonna drag him, my girlfriend and @Epic for the Summer to Newark for an XPW show. If they don’t just shove me in front of the PATH train to avoid the fate.
Last edited: Sep 20, 2022
You must log in or register to reply here.
Share:
Facebook Twitter Reddit Pinterest Tumblr WhatsApp Email Share Link
Top