“The Art of Managing”
Presented by Wrestling Classics.com
Hosted by Mark Nulty

Nutly describes the men as both having a “PhD in heat.”

They first met in 1974 in Florida. Hart had just been fired in Georgia.

Humperdink would get fired somewhat often because he was not afraid to ruffle feathers when it came to protecting his guys with the promotional brass.

Hart thinks Dusty Rhodes would prefer to work against Humperdink than himself if he had to choose. They go through some mutual admiration for one another afterwards.

Both Hart and Humperdink served as actual managers for their men. They would set up the hotels and argue for money with promoters.

Sir Oliver was a valued commodity and proved his worth by drawing heat and money. Finding a job was never a real issue.

Hart wanted to always be close to the guys he managed in order to prevent the office from wedging them apart.

The managers carried heat, and just coming to the ring with Hart or Humperdink could make a guy a star.

Paul Jones was a good wrestler, but he could not get a guy over as a star.

Hart declares that Jim Cornette had the Midnight Express, but they never evolved into a big time act.

If a guy wasn’t willing to take direction to improve, Humperdink would just stop trying since it was a waste of time.

Hart booked John Nord and Jeep Swenson as a favor to Bruiser Brody, but neither guy developed into anything worthwhile.

Mark Lewin would refuse to do things if he didn’t want to. That, plus his unusual behavior at times, made promoters leery of booking him.

Lewin quit JCP after getting a six-thousand dollar payoff because he heard other guys made more.

Abdullah the Butcher and Bruiser Brody were headlining for WCCW under Hart as booker. Both men commonly refused to job. One night they had a cage match against one another, and they went to the ring without a planned finish since both refused to lose. Hart thinks they went to a 45-minute curfew draw, then changes his mind and thinks Brody eventually just laid down since he was leaving for Japan anyway. 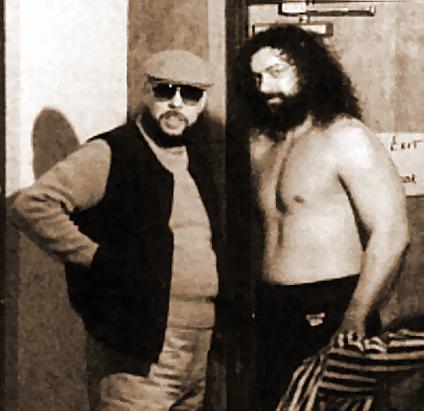 The Sheik was another who would refuse to lose. Hart and Lewin had to come up with different screwjob finishes to build to more rematches when Lewin battled the Sheik.

Abby the Butcher was tricked by Hart one night. Hart told him that he and Lewin were going out for a best of three falls match. Seeing that, Abby agreed to lose round one. After Lewin won the round, he walked off. Abby eventually stormed to the back and Hart told him off.

A great talker can still use a great manager for a mouthpiece because two strong pieces together make for an even greater product.

WCW tried to give Humperdink and Hart scripts for their promos. After 20 plus years in in the business, this was insulting.

Hart would have trouble getting booked from time to time because promoters knew Hart and his usual crew would not put up with being pushed around.

Promo days could be tough. You may have to cut upwards of 30-40 promos in one afternoon.

Sting is not a favorite of Hart’s. Gary was managing Al Perez and trying to set up a finish that would put Perez over. Sting went to Dusty Rhodes to make sure he went over instead.

They both crap on the modern 15-20 minute promos. A perfect promo length is probably 2 minutes. Hart’s longest promo lasted maybe 7 minutes and his own son was bored watching it.

You have to know when to turn on the intensity. Humperdink would make sure to take off his shades when he was ready to cut a money promo so the fans could see the fire in his eyes.

Cutting promos on stars was easy as you had lots of material to work with. Trying to cut a promo on a lower card guy could be a challenge.

Guys on the JCP roster didn’t have many nice things to say about Rhodes behind the scenes, but they didn’t complain about the payoffs they got for working on cards Dusty booked.

Neither man is too keen on getting cheap heat, such as ripping on the city or the crowd. They strived for real heat that would get the fans back week after week.

A manager has to choose his spots carefully. If the crowd is dying, you may want to act up. However, the bottom line is the action which is taking place in the ring.

Hart hates when run ins are booked. The fans came to see a clear winner.

Announcers are there to get the product over, not themselves.

Humperdink and Hart had so much heat that they could wrestle stars in special matches, lose and retain their heat.

Hart thinks he is one of the 3 best managers in wrestling history.

Managers had a dangerous job because after working so hard to draw heat, you spend much of the match with your back towards the fans who want to pound you.

Texas fans would attack Hart with fishing lures. Hart had no qualms about attacking the fans who hurt him.

Crusher Verdu was his worst charge.

The Spoiler, Mark Lewin and Gino Hernandez are among Hart’s favorites. He repeats his earlier statement about Nord and Swenson as far as who were his worst

The wrestlers in the territory days saw a lot more action, and had a locker room full of great teachers, That is seriously lacking these days.

“Managers are born, wrestlers are made”

You need to be humble enough to not be the center of attention during a match to be a good manager.

Hart gives Sir Oliver more love as his favorite manager, then adds that he thinks JJ Dillon was horrible as a manager. He never took a talent and groomed them for greatness.

I’ve previously covered another Hart shoot, if your seeking even more from him:

Final thoughts: This was an interesting listen, added by some old clips and pictures added to help spice up the interview. Hart’s burial of so many other Hall of Fame managers proved to be the biggest thing I’ll take away from this DVD.