Epic For the Summer said:
I'm not sure about that. They were very much still a cohesive unit when Return of Saturn dropped in '99 though the signs were there. By the time Rocksteady came in '01, they were definatley "The Gwen Show co-starring...".

I'm blaming her upsurge on the decline of the band. Rings Of Saturn just didn't feel right to me. Rocksteady is straight up bad and might as well be the first Gwen solo album, anyway.

I was surprised to see a couple Return of Saturn 20th Anniversary nostalgia articles earlier this year. I guess music writers get bored during pandemic too. "New" might be my favorite No Doubt song though. Either that or "Spiderwebs".

Only other mildly distinct personality is the drummer who likes classic rock and getting naked and he just stole that persona from RHCP. I honestly don't know if I could identify their guitar player in a police lineup.

Ex-Girlfriend is probably my favorite No Doubt song. ROS is a pretty decent record, honestly.

The video for "Bathwater" was a telling sign of "Yeah, this girl and this girl only is going places".

None of you would make it as a A&R executives. Why the hell would you want to give more focus to the three undescript dudes in No Doubt? Gwen Stefani was obviously the star. It's not like they had ripping kickass solos.

What are you talking about, the pretty lady with the unique voice wasn't the star. It was this guy, look at how kooky he is 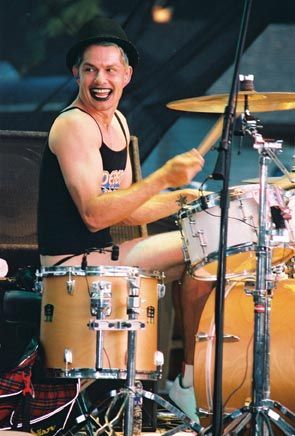 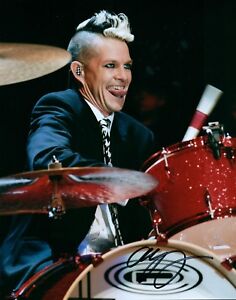 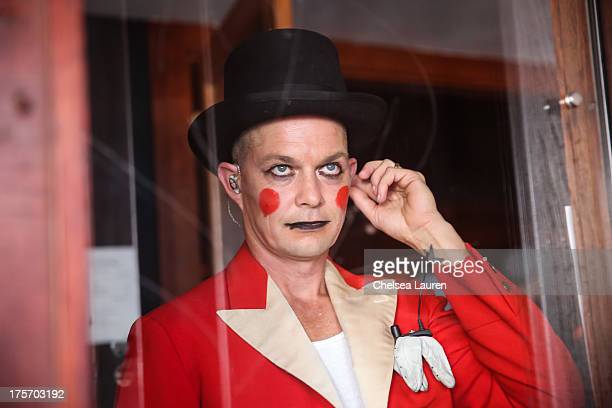 No one is saying she shouldn't have broke out on her own, me and Vale were trying to pinpoint when exactly it was clear that she would. I even said on the last page that I'm surprised it didn't happen sooner!

The Valeyard said:
I'm blaming her upsurge on the decline of the band.
Click to expand...

@The Valeyard said it and I will physically fight him over this and our '80s SNL opinions if we're ever allowed to have a TRTSM gathering again!!!

She was going to break out anyway, naturally. My comment is the quality of No Doubt in general suffered because not only was she bigger than the band but stopped giving as much of a shit when it came to No Doubt projects. It all wound up Gwen pop records instead of the more ska stuff, and I much prefer that era of essentially her. But the video for "It's My Life" really sums it up, literally her killing them one by one and being the sole focus of the video.

And I thought you and I were mostly on the same page with '80s SNL. I will throw down if I have to, like the mighty Ebersole.

Friend is on social media looking on tips to reach a celebrity to grant a dying person's wish. I sent a few things I've done in the past with wrestlers and actors that have responded to me. Essentially, if Batman isn't answering, Tweet Robin. If it's someone that catches a lot of negativity, send something positive that'll stand out.

She just PM'd me the specifics, her friend is a caregiver for a terminally ill Metallica fan and they're trying to get the members of Metallica to send something to the fan, outside of Cameo type settings. The biggest thing that's keeping them pessimistic is that the patient's an adult and not a child "feel good" situation (their words). I said Lars can't be TOO hard to reach, just send him something positive, ANYTHING positive that'll stand out against all the angry 43 year olds still bitching about Napster. "Hi, Lars, big fan, but I know an even bigger fan that could use some encouragement from you and the guys..." could go a long way.

I'm welcoming any ideas y'all can throw this way for me to pass along. As of right now they're trying to get in touch with the booking agent for the band. My friend and her spouse both have some show biz connections but Metallica is a little bigger than their usual dealings.

I would just say keep it simple and succinct. If they read it and that story doesn't get them, it's a problem with their schedule or their soul. I think good thing is metal stars seem more accessible than mainstream rock & pop or hip hop. Metallica is a strong reach but hey maybe, you'll be able to get it to them by playing "telephone telephone, tell someone on Twitter" 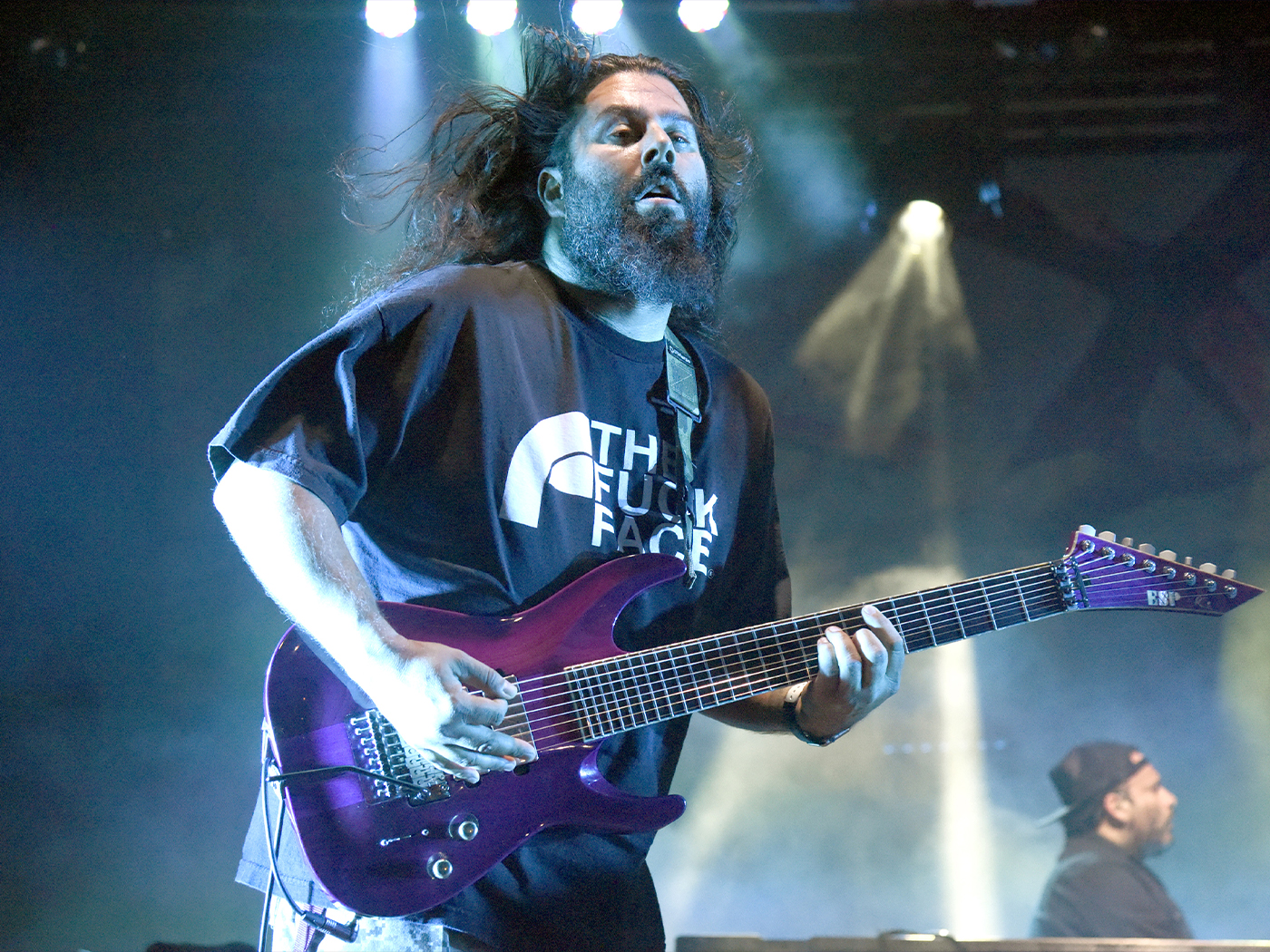 Stephen Carpenter has admitted to not believing the Earth is round, vaccinations have ever worked and that COVID-19 is all that serious.

Today I was reminded the Deftones existed. For all the wrong reasons.

When the Sun Drank the Weight of Water

Baby Shoes said:
Today I was reminded the Deftones existed. For all the wrong reasons.
Click to expand...

Their new album is great.

One of my best friends told me to watch reaction videos. I'm lukewarm. Then this popped up and made me realize I've been doing this kind of thing to people for 20 years with this very song.

Lost in Vegas is a great reaction video channel. They give a lot of styles a chance and it's always fun to see two guys who've never heard Black Sabbath turn it in and have their jaws drop.

The aspect of these videos I really appreciate is that when it works it gives you that feeling of hearing a song you've known and played forever feel kinda like you're hearing it again for the first time. That jealousy of not being able to hear it for the first time again. He sent me a bunch of Johnny Cash "Hurt" reaction vids and it's insane seeing people react to that for the first time.

The Sabbath ones prove what everyone knows: everyone really likes "Paranoid." 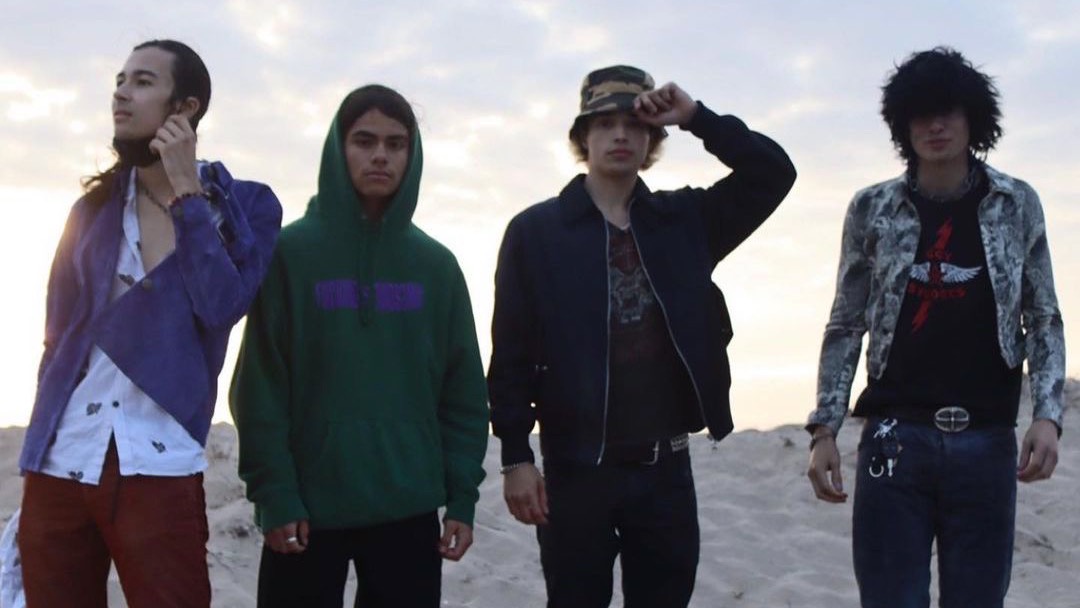 consequenceofsound.net
Who is ready for Velvet Revolver: The Next Generation?

Shit. Tye has some insane shoes to fill, given his dad is still active and considered one of the better bassists in rock/metal.

I think that could be its own thread. Between Paris Jackson putting a record out and this, there's enough to justify some second generation discussion, even if it just becomes the Wallflowers thread.

Jimmy Fallon summarizes the shit of modern society as a whole

Never thought I'd say it, but better than Dolly doing a cover with James Corden.

Kamala hating on Dolly something something pity 2020

I love Dolly. I was hating on crappiness of her covering the GOAT Christmas song with annoying ass Jimmy Fallon.

I was out at a bar celebrating a friend's birthday (remember when that was a thing? lololol) back in January and I saw a flyer that the bar was hosting a Dolly lookalike contest. Didn't enter but I did send it on a group chat so hopefully someone I know did.

Megan Trainor is proof that Nantucket must be destroyed.

As a huge Wings fan I have romanticized Nantucket.