Vintage Independent Wrestling Thread: Discuss the Stars of Today Yesterday When They Were Stars of Tomorrow

All the more reason I stan those crazy bastards

Who asked for this!? I guess there is some unintentional comedy potential here.

Are they debating over how best to botch spots, either slipping and trying again (SAT) or giving your little brother a concussion (Briscoes)?

Watching some old TNA got me wondering if, or how much, the SAT probably resent Red.

I listened to them on a TNA History podcast and they seemed like incredibly good natured dudes that are happy with their legacy but I *do* think Joel and Red had some sort of falling out over them having competing wrestling schools in the early 2010s.

SAT were always good dudes. Very out going and friendly when I would go to their shows in the early 2000s. Red doesn’t have the greatest reputation as far being as good a person. A friend of mine works for HOG and has trained there, before he got hurt. Red has a reputation of blacklisting wrestlers if they tried to find work outside of HOG, and just treating trainees like trash at times. In a similar way to Quackenbush, he would tell the trainees that they need to stay with HOG because they will give them steady work, and not to contact outside promoters.

Which means he's an absolute shit trainer, because why wouldn't you want your talent going onward to making names for themselves and then saying "I was trained by so-and-so"?


We'll it's been a great past 19 years at various versions of TSM but I think I've peaked here! Thanks for a great last two decades, folks!

(Where did Court Bauer get pissy and how did me and @Laz miss that?)

Google tells me nothing recent, but he did fire back on MJF's comments about a month ago

Stuff I find out when I'm bored at work

In November 2012, Cueball Carmichael was asked by longtime friend Manny Fernandez for assistance in finding talent to perform at upcoming World Wrestling Entertainment house shows in the Mid-Atlantic area. Marconi and Pat Cusick, both experienced and former WWF preliminary wrestlers, were handpicked by Carmichael with the possibility of WWE tryout matches. A week before their first scheduled match, the four men began preparing for the event at Fernandez' training facility in South Carolina. All four men spent considerable time away from their regular jobs and families traveling to South Carolina; it was a daily six-hour drive for Carmichael and Marconi. Each of the wrestlers submitted their paperwork to Amanda Tustian, a WWE booking executive. Although Marconi was the only wrestler not contacted by Tustian, she confirmed that Marconi was booked in a conversation with Fernandez prior to the event. On December 2, when they arrived at the first WWE event at the Greensboro Coliseum, officials were unable to find his paperwork and WWE Executive Mark Carrano ordered security to escort Marconi from the building. Carmichael alleged that Marconi was verbally abused by both Carrano and building security. Afterwards, Carmichael made a public statement criticizing WWE for the disrespectful way it had treated Marconi and declared he would have no further association with the company. Tustian later admitted to Fernandez that Marconi's paperwork had not been processed due to the Thanksgiving weekend.[9]
Click to expand...

Ya hate to see it.

Also I never got the "Beef Stew" nickname. Who puts macaraoni/marconi in their beef stew?

Always thought calling someone a beef stew was an insult in the lamest variety, like a more non sequitur poopoo head or gaylord. "That beef stew Joe Biden is doing a bad job."

Valeyard said:
Always thought calling someone a beef stew was an insult in the lamest variety
Click to expand...

Ahmed Johnson almost pulled it off.

Story of his life.

Oh shit, yeah let me know if that's any good. I've wondered for years what it was like, as well as the marking I'd do at Buff getting destroyed by the ECW crowd.

From the little I know, it seems that Coralluzzo was either very well-liked or outright hated. He pulled some massively shady shit on Tod Gordon (when Gordon was one of the prime NWA promoters, no less) and, later, was removed from the NWA board for making some racist comments.

Dennis appeared on Raw to Kickstart the failed NWA invasion in 1998.

I need to get in with these guys. The history here is amazing and I would love to learn more.

Man, I wonder if there is an alternate universe where CM Punk posts here.

No joke: I'm gonna believe most prominent indy stars posted on the old board in the early-mid 2000s. Some might have just browsed but considering the connection we had at the time, I'm sure most people had working knowledge of TSM.

I know for sure of at least two fairly big names who did. Also Chris Hamrick.

No way Kazarian didn't. He took jabs at me during a few TNA weekly PPVs. @King Kamala Holidays will see once he gets into the never ending Sabin/Kazarian feud.

I wanna say Helms at least had an account because he loved EWR and Dames. Pretty sure my AIM bro Jimmy Jacobs was around as well. 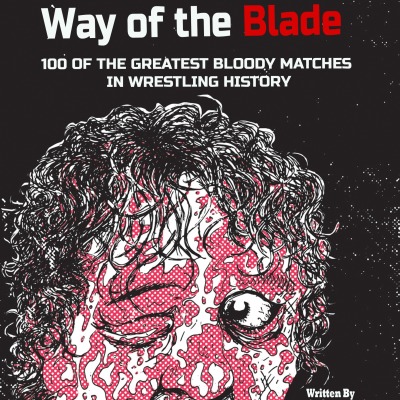 Phil Schneider and guests discuss Bloody Wrestling Matches from his book. Way of the Blade: 100 of the Greatest Bloody Matches in Wrestling History available on Amazonhttps://t.co/F7wgSWrRgK?amp=1