This is under “Texas Tornado” rules, which means all the men can fight at once. General Skandar Akbar is managing the heels. The faces charge in the ring and take the fight to the bad boys straight away. Dibiase and Doc are rocked and end up trying to regroup from the beatdown.

The heels began to rally. They are able to isolate Duggan and give him a series of double team moves. Once Duggan is sufficiently worn out, they turn their attention to giving Gordy a thumping.

Duggan roars back into the ring as the match flows back to the advantage of our heroes. The action spills to the floor as all four men scrap. Dibiase comes up bleeding. The warriors all show serious signs of wear by the six-minute mark.

The heels end up thrown together and Dr. Death falls to the floor. Akbar distracts Gordy to aid his men. Dibiase uses this opportunity to place his loaded glove on his paw. He swings and misses a haymaker towards Gordy’s head. Bam Bam attempts a back drop, but Dibiase smacks him with the loaded glove to steal the win at about the seven-minute mark.

This was a bunch of burly men having a fight! It actually wasn’t as awesome as I was expecting, due to it’s brevity and maybe Dr. Death’s inexperience. Dibiase wins an early exchange of blows that sends Armstrong to the canvas. Brad fires back with a hard shoulder block and Dibiase takes to the floor for salvation. Armstrong uses his grappling prowess to maintain control once the wrestlers return to the middle of the ring.

Armstrong tries to wring Dibiase’s arm out of it’s socket. Dibiase attempts to rake at Brad’s eyes to free himself, and ultimately does so briefly with some roughhouse tactics. Armstrong goes back to the armbar, holding it for longer than I care to sit through. Dibiase breaks it but ends up trapped right back in another armbar as the match grinds to a halt.

Dibiase finally turns to straight up choking to turn the tide. Dibiase next uses a pair of headlocks that further take things to a meandering pace. This dull affair finally picks up when Dibiase is caught coming off the second rope with a blow to the belly. This opens him up to a rapid assault by Armstrong, who senses perhaps his last best chance at victory. Armstorng’s moment is ruined when he misses a splash.

Dibiase uses this brief break in the assault to put on his loaded glove. After several teases, he connects with it to Armstrong’s forehead and Armstrong goes down for the pin at the seventeen- minute mark. This was shockingly monotonous as the men just laid around for the meat of the match. Next please…

The Guerreros are wearing full banditos gear, playing Spanish music as they wave the Mexican flag.  Hector and Morton tangle first, with Hector quickly trapping Morton in a head scissors. Morton is able to wiggle to Robert Gibson and tag him in. Gibson leaps over the top rope and lands on Hector’s knee. This gives the Express a weak point to abuse for a bit.

The Guerrero’s double up on Morton to swing the match back in their favor. An enraged Gibson charges in and ends up inadvertently distracting the ref. A four-way brawl then breaks out.

Chavo drills Morton with a beauty of a northern lights suplex. Hector then twists Morton into unnatural positions in order to torture our hero. Morton finally makes the hot tag after he is able to escape their punishment after several minutes.

Things quickly break down into a four-way brawl. Chavo “accidentally” smacks the ref to take him out of the picture. The devilish brothers double team Gibson on the cement floor, then refocus their attack on the already weathered Morton. They trap Ricky in a dual Mexican surfboard. 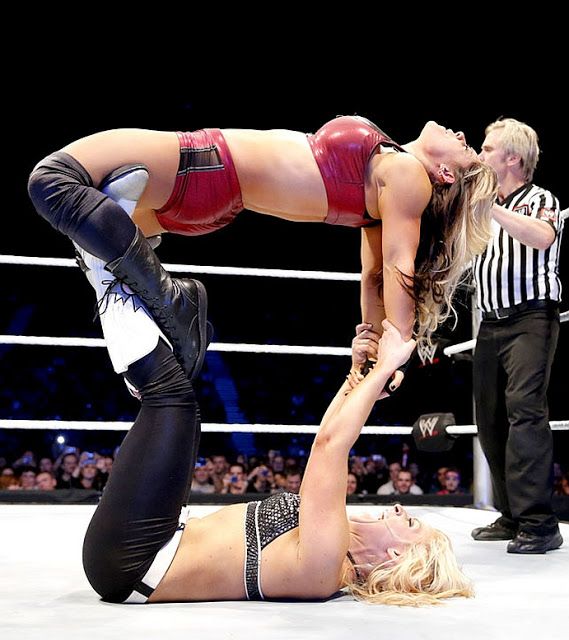 Gibson slips back in the ring and crawls under Morton, laying on top of the heels just as the ref comes to and counts their shoulders down for the pin after 7-minutes of action shown (There was a commercial in the middle of the bout.)

The Guerreros continue to show innovative moves, and excellent heel dynamics. It’s quite surprising that they did not get jobs with the expanding NWA or WWF while putting on performances like they were during this Mid-South run. Vince McMahon was trying to break into Texas anyway, so Hector and Chavo would have been prime options for local draws to build around.

The Rock and Roll Express and Butch Reed vs. Dr. Death, Kamala and the One Man Gang

MY GOODNESS…What a heel trio! This is bizarro universe Gang, as he is wearing his red gear. Reed is wearing face paint as this match is taking place in the middle of a feud between he and Kamala. Reed smack talks Akbar, which Kamala takes as a sign to attack. A six-way donnybrook breaks out and the faces quickly clear the ring. The crowd roared when Kamala ate a double dropkick from the Express and went flopping to the mat.

Morton and Dr. Death start things off and Morton quickly pops Death in the mouth and sends him into retreat. Gang tries to intervene and he is repelled as well. Kamala is struggling with the tag team concept and keeps going to an empty corner and/or wandering into the ring.

Reed and Gang give it a go next and Reed quickly blasts him with a few choice shots and sends Gang into his corner for a reprieve. Reed begs for Kamala, but Dr. Death enters instead. Things break down into a multi-man brawl again as Reed and Kamala come to blows and the Express tangle with Williams. OMG gives Morton a cheap shot in order to give the ruffians control of the bout.

Kamala hacks and chokes away at Morton. Williams puts the boots to Morton before locking on a bear hug designed to sap Morton’s will to fight. Kamala attempts to climb to the top rope during this as he’s still lost. OMG tags in to give Morton a big squeeze. Then Williams again takes over trying to realign Morton’s spine.

Morton frees himself with a shot to Williams’ head. Kamala comes in again and mauls Morton. Gang tags in briefly, then tags out to Kamala too roughly, which the Ugandan takes as a sign of war. Kamala and Gang come to blows before the Express dropkick Kamala to the floor and pin the dazed OMG at the eleven-minute mark.

This was certainly some unique psychology for a tag team bout. The brawls were heated, but I;d have prefered some variations in the torture holds instead of just a series of bear hugs. Kamala’s handicap basically over shadowed the action at times, but the finish it set up worked well.

This is a taped fist, no time limit, no disqualification bout. Dibiase clarifies that the rules are relaxed for this bout, then immediately tosses a packet of powder in Duggan’s eyes. The blinded warrior swings wildly, trying to defend himself as Dibiase picks his shots. Dibiase tosses Duggan to the floor and drives his skull into the ring post. Duggan does a killer blade job! Duggan sells big as Dibiase slugs away on him back in the ring. Duggan tries to throw some bombs back, but Dibiase is able to crack the half dazed and half blinded big man. Duggan collapses to the mat and tries to find the fortitude to rise again. Duggan comes up screaming, but he’s still hurting and can’t sustain an assault on Dibiase.

The crimson mask on Duggan can’t shield his rage as he attempts to rally. Hacksaw is finally able to reverse a suplex on Dibiase, but is too weak to quickly follow up. He catches Dibiase attempting a second rope attack and blasts him. A series of fists rock Dibiase, who feeds Duggan his face and flops time and time again.

Duggan delivers a spear, but Akbar breaks up the pin. Duggan manages another one, but he and the ref collide and everyone hits the mat. Dr. Death comes to ringside and sneaks Dibiase his loaded glove. Dibiase pops Duggan with it and earns the pin at about the seven-minute mark. This was a wild hate filled brawl, with a hot crowd and meaningful blood. Awesome stuff!