Brooke Hogan should've stuck around WWE after the Randy Orton angle in 2006. Might've become the best striker in this business.

It's too bad that the TV PG era probably prevented a Shane Vs Brooke matchup.

Better yet a Shane/Nick match where they stop fighting when they realize both of their moms are named Linda.

Mildly surprised that he has his own Wikipedia entry. I'm howling irl at the revelation that his phone was hacked during #TheFappening (not the funny part) and they found photos of his mom in a thong. What a deeply weird disturbing dynamic that the Hogans have.

@SFH : Ya know I did always find Hogan Knows Best to be an underrated series.

King of Summer Kamala said:
See that's one reason I think Hogan is actually secretly more self aware than Ric Flair (not that's a high bar to clear). At least, he knew better to work a major program with Nephew Horace.

ON THE OTHER HAND, generally speaking, there's an enormous difference between love for niblings and love for children and Hogan DID make Brooke a major onscreen character in Impact Wrestling despite her never giving any indication that she was interested in wrestling.
Click to expand...

In fairness to Horace, he had a pretty decent run on the 80 man WCW roster, and he got to do believable angles, like stealing Torrie Wilson from Kidman...

Weirdly, I don't think anyone had too high expectations for Hulk Hogan's nephew and if you don't consider the last name, he had a solid run as a peripheral hoss during WCW's boom period.

I'm glad that David has found happiness outside of wrestling and all things considered might be the most normal Flair cause it seems like his story could have ended a lot uglier. Sadly he doesn't even have to look outside his own family for examples.

*1 time is cause David did get to bang Torrie IRL cause of his wrestling career. That has to make up somewhat for being the most disappointing second generation wrestler of all time.

I dunno, man, getting to drill Torrie Wilson is a lot better than being the most easily forgotten member of the Flock, nWo Hollywood, and FMW gaijin.

David also introduced Daffney to the wrestling world. Better than anything Horace ever did.
S

I thought David was with Stacy, not Torrie

strummer said:
I thought David was with Stacy, not Torrie
Click to expand...

You’re right. Wilson dated/married Kidman which was just as puzzling.

If Horace didn't use the Hogan name, no one would've thought twice. He wasn't great shakes or anything but I don't think he was aggressively bad. But for real I would've been in for Horace/Renegade Ultimate Challenge battles.

David's legacy truly is about being surrounded by women out of his league and I respect that.

I'll say this about David Flair too, I didn't hate the David Flair angle when he was US Champion in 1999 on re-watch. I hated it at the time that he was going over real wrestlers, but it did end with Benoit winning the US Title by beating the shit out of him and its actually a pretty good storyline that "famous wrestlers son sucks, but how many people within the father's entourage have to help him so he can win matches".

It probably would have been better as a TV title thing and not something where he was going over legit great wrestlers.

I agree that there's potential for a great angle there. I think problem was he was so green that he couldn't even pull off a crappy wrestler that keeps getting undeserved wins gimmick (ala Honky Tonk Man or '08 Santino). Announcers would talk about how much he sucked then the fans would watch and see "Wait. This guy really does suck!" It just generated the wrong type of heat.

I will say that David Flair pretty quickly (albeit somewhat marginally) but by the time he got better, he was saddled with numerous crappy Vince Russo gimmicks that aged like milk. By most accounts, he came serviceable worker by the mid '00s but I think damage was already irreparable. I'm mildly surprised WWE didn't take a flier on him during Triple H's mid '00s reign of terror (or he didn't get more of a run in TNA) though just given the power of the Flair nature. But hey like we said he did bang some hot babes.

I love the anecdote that Conrad relays about David Flair telling him he was a wrestling star in reverse. He started his career in sold out arenas, on major PPVs and ended it in crappy armories in front of 50 people.

How dare you! David Flair got a chance with THE GREATEST TITANTRON OF ALL TIME~:


Look at those SKILLS exhibited!

I always thought it was hilarious that Reid's debut match* was teaming with his brother against The Nasty Boys with Hulk Hogan as the special guest referee. I almost have to wonder if Ric wasn't purposely trying to sabotage his sons' career by throwing them out to the wolves like that.

Did anyone here see Reid work? Was he better than David? I feel like he worked long enough to have gotten a shot somewhere. He seems like a dude that Bischoff and Hogan would throw out in the mid-card of Impact.

*Not counting teaming up with his dad against David Flair and Vince Russo in '00 WCW...or the time Arn Anderson had Reid take down Eric Bischoff in the build up to Starrcade '98.
S

Iirc they actually main evented a Nitro with a David Flair segment in summer of 99 and it did a terrible rating and was destroyed by Raw. I think that was the end of his push as the next thing I remember him is stalking Kimberly when Russo was brought in a few months later.

Reid was supposedly solid with a lot of room to improve, kinda like Charlotte was I guess. But that could also be my mixing up reality with EWR at the time.

I can't defend David and I want to badly because there was no way he could've succeeded. Just no way. I guess I have an ironic affection for the feud with Bagwell but beyond that he absolutely did not feel like he belonged.

David's first match was semi-main event of a PPV (albeit they did at least shield him with three grizzled vets in his dad and Curt Hennig & Barry Windham). If they had shielded him for six months to a year and had him work Worldwide & Saturday Night, maybe it would have been better but they put his greenness on display and MADE A GIMMICK OUT OF IT!

Internet Wrestling Database
www.cagematch.net
Looking at David's Cagematch and this was his last show. Idk if I want to see this match with him teaming with Ricky Morton against our man Buff Bagwell and some dude or that 2009 Raven Vs Chris Hamrick match.

David was a born hardcore guy, honestly. He would've progressed better, I think. He and Crowbar almost got booked backwards when it comes to in-ring strengths. Better to end up on par with Knobbs than flailing with Benoit.

I have no idea if Horace gave any interviews reflecting on his wrestling career but David has been pretty self-aware of his. He understands he got pushed out before he was ready and spent the next couple of years trying to improve before finally realizing wrestling wasn't for him.

David is easily the most likable Flair family member in the year 2022. I’d totally listen to a 2-3 hour interview with him about his career.

snuffbox said:
Brooke Hogan should've stuck around WWE after the Randy Orton angle in 2006. Might've become the best striker in this business.
Click to expand...

Should have given Nick a Thurman "Sparky" Plugg gimmick (under rated terrible name BTW). Bob Holly's other cousin "Crash" Hogan.

The Steamboat surprise was the best moment but Rhodes/Windham was the better tag team.

---
We are also at the NWO birth anniversary.

Jimmy Garvin is so underrated it's kinda bullshit.

Valeyard said:
Jimmy Garvin is so underrated it's kinda bullshit.
Click to expand...

Feels like another guy where if you only remember his stuff post 1990 you won't think too much of him, but he has a ton of good stuff on TVs from 1983 onward. He was 30 before we have a ton of film on him. 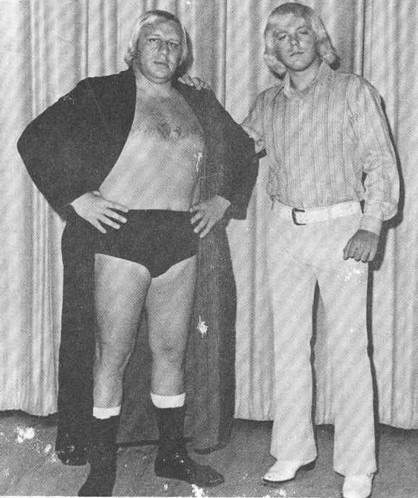 By 1977 he was in his more familiar look in Mid-Atlantic for this dating profile errrrr....wrestling profile: 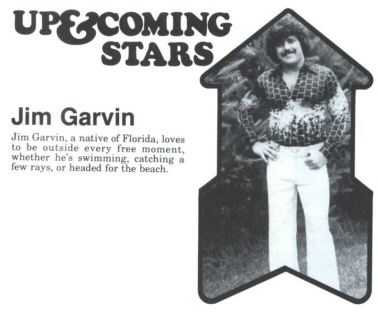