Weird drama going on with Ibushi. You should assume anything that's posted (by any wrestler but especially) by a japanese wrestler is a work but apparently he's talking about leaving NJPW and other stuff.

Thanks to @909 for pointing out to me that Ibushi is getting buried by a number of guys on puro twitter. Okhan, Shuji Ishikawa, Yukio Sakaguchi, Yoshitatsu have all commented on him negatively that I've seen.

AEW isn't going to mess up their relationship with NJPW over Ibushi if Ibushi leaves NJPW on legit bad terms which considering he's accusing them of being in bed with the Yakuza and other shit it sounds like he might be.

i like ibushi a lot but he's not doing himself any favours dragging this stuff out here like this. I don't want to judge before everything is known but the fact so many of his current and former coworkers are jumping on him is odd.

I doubt njpw will ever respond to his allegations publicly either so we may never know the truth.

Jacket Time needs a new member, so this is actually a smart move imo.

https://www.reddit.com/r/SquaredCircle/comments/umyv0c
so some of this is becoming a bit more understandable but also still really weird. The stuff with Kikuchi sounds bad but his beef with Taka/Taichi and his wanting to use it to punish NJPW is really weird. Taka was fired from the company for YEARS and Taichi was also punished. So if that's his evidence for NJPW having problems with sexual harassment it's not very good. TAKA cheated on his wife and had his career derailed. Taichi fucked around a bunch and got caught on texts. I guess Ibushi doesn't have a problem with Honma (who beat his wife) though!

Kikuchi if this is all accurate sounds like an interfering middle management type that should never have been re-hired. Ibushi sounds like he's difficult to work with from this and also the collapse of his relationship with DDT. For him to post this stuff online is a huge breach of convention. It might not seem so weird to us but for Japan it's very different.

@tekcop can you think of any other worker really exposing things like this because I can't.

I wonder if and how much of this outburst is head and neck trauma related? Ibushi has a history of saying eccentric stuff but not in a destructive manner like this. Considering his reverence for wrestling history, it seems bizarre that he’d torch his career like this.

Should be noted that Ibushi wants them to fire him.

This whole thing is a giant mess and is taking a lot of turns and I don't really know what to think since it's just a bunch of accusations that don't have anything to back them beyond the stuff that seems fair about Ibushi being pushed to come back too soon. The other stuff about Yakuza and Sexual Harassment is very serious and needs actual proof. The yakuza's influence in the last several years has been hugely diminished in Japan so it's not the instant "well duh" that it used to be.

Anyway, BOSJ starts tonight and the DC show is Saturday so it's a big weekend for NJPW beyond all this crazyness. Hopefully we can get this cleared up. Shinjiro Otani issues statement, still paralyzed from the neck down

The 49-year-old was injured during a ZERO1 event last month.

A translation of Otani's statement reads as follows:

I'm really sorry for the inconvenience and concern caused by my injury.

Also, I am grateful to everyone for their warm feelings.

Now, I am working hard every day for treatment and rehabilitation so that I can return to everyone as soon as possible.

I will definitely return in front of you.

We look forward to your continued support of ZERO1 and professional wrestling.

May 13, 4th year of Reiwa Shinjiro Otani
Click to expand...

I'll never get over the Japanese thing of apologizing for getting hurt. 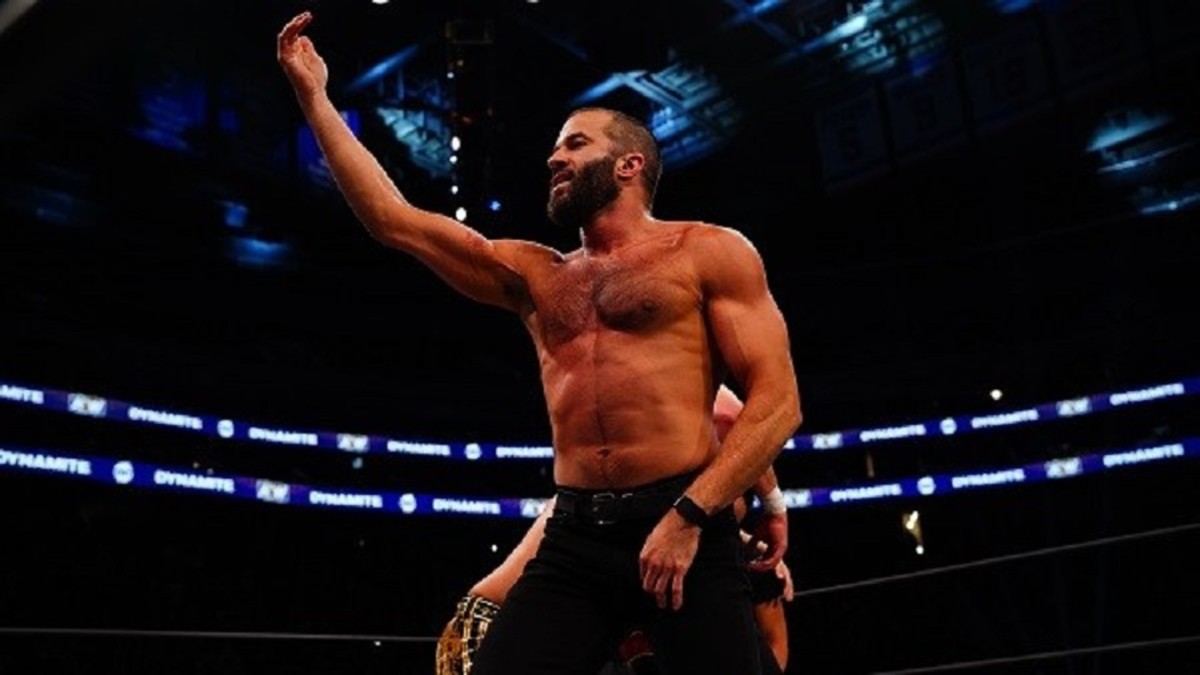 Beretta had been scheduled to team with IWGP World Heavyweight Champion Kazuchika Okada against Jay White and Hikuleo at Capital Collision in the semi-main event. Rocky Romero will take Beretta's place in that match.

I'd rather see Romero than Trent tbh.

more signs of things returning to normal for NJPW 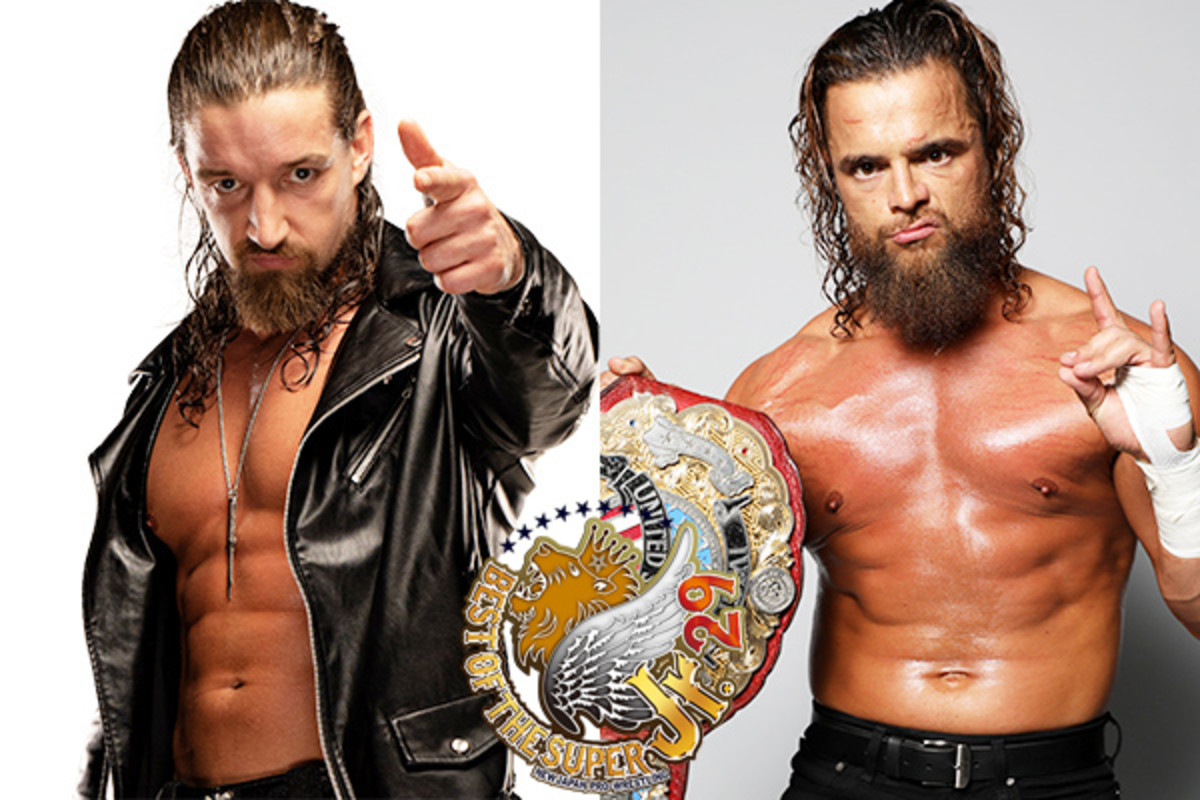 NJPW confirmed that several big names will take part in the event on June 3.

Bullet Club's Jay White, Juice Robinson, Karl Anderson, and Doc Gallows have been confirmed. As have the United Empire's Will Ospreay, Great-O-Khan, Jeff Cobb, and Aaron Henare. The Guerrillas of Destiny, Tama Tonga & Tanga Loa will also be present at the Nippon Budokan for the event. Zack Sabre Jr. has been announced for the show as well.
Click to expand... 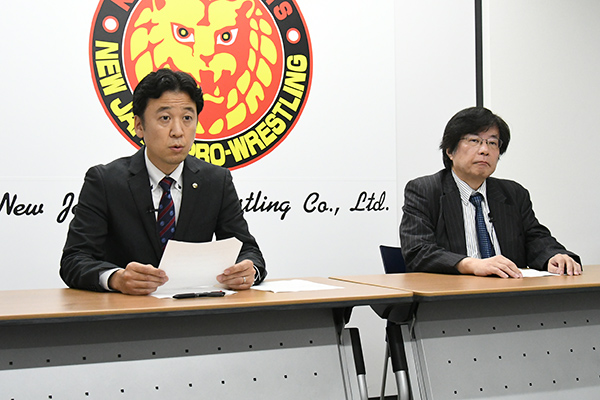 On Friday May 27, Takaaki Kidani and Takami Ohbari greeted members of the media to address comments made on social media by Kota Ibushi. The news conference is available in video form here (Japanese), with statements and questions outlined in En...

NJPW had a presser to address the Ibushi stuff which I'm legit shocked about, I didn't think they'd talk about it at all.

Sounds like things got cleared up and everything was blown up out of proportion through miscoummunications and emotions.

Okada is having a kid in August. His wife is a voice actress which I didn't realize.

https://www.reddit.com/r/SquaredCircle/comments/v19do1
The Ibushi stuff just won't end. First he wasn't happy they didn't mention in the presser that his mom tried to commit suicide specifically because of the problems with them (they added it as soon as he complained), and now he's attacking TV Asahi execs which is a HUGE deal. TV Asahi is their broadcast partner and handles all their technical shit basically.

I get that Ibushi is going through some serious stuff right now with his mom but he seems to be really self-destructing. If he wants to leave NJPW then he should resign. If he wants to expose them then he should just say what he has. NJPW seems like its making an effort to meet him on his issues (far more than I expected tbh) but going after Asahi is a good way to get fired and blackballed. I'm starting to see more reactions from people in general where they've gone from sympathetic to Ibushi to just tired of this whole thing and wondering what is wrong with him. I don't doubt NJPW has some real issues in its management but the way Ibushi has gone about this is really damaging to himself.

Lot of news out of the BOSJ Finals as expected.

Hiromu won the BOSJ which makes him the first ever to win 3 consecutive BOSJ's and first ever to win 4.
Sanada returned and challenged Juice (who is out with appendicitis or something) to get his belt back at Dominion.
KENTA returned.
Ace Austin joined Bullet Club.

I'm a HUGE Hiromu fan and I think he is the best NJPW junior (and one of the best in the world) when you look at the whole package but he really didn't need to win BOSJ AGAIN. Despy never should have lost to Ishimori if Hiromu WAS going to win. They've botched Yoh/Sho's split badly or one of them would have made interesting options. There's a lot of talent in the division with the restrictions easing but the booking remains shortsided as it has for years when it comes to juniors.

Dominion Card
The top 2 matches plus Shingo Vs Taichi should be great. Anderson/Tama is a big chance for Anderson to prove he can still go as a serious singles guy. The LIJ/BC 6 man would be good if it got some time.

Tanahashi challenged CM Punk to reschedule their match for WrestleKingdom 17.

Already feeling the urge to break my no moaning posts promise----

that title is cursed